The ancient Greek army is one that i've wanted to collect since I began wargaming way back in 1986, but have for some reason never got round to. This army started life as a number of separate DBA armies, but I have now rebased them all for Impetus, but will be using them for Hail Caesar too, with the addition of a few command stands. 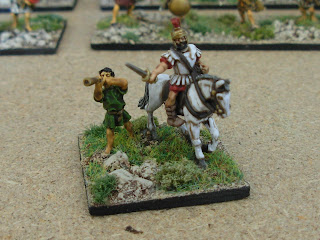 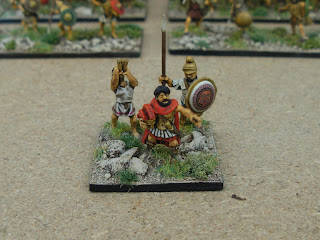 Commander for the allied Hoplite "Division". 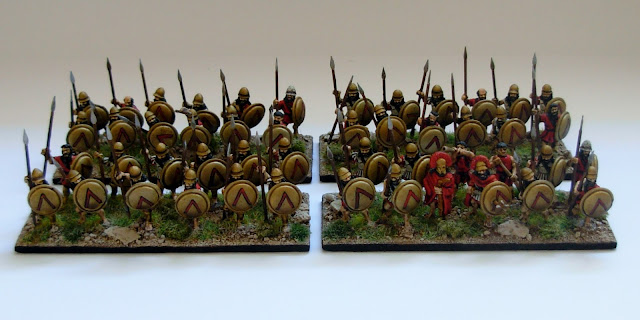 4 Spartan Hoplite units, including the General in 1 of the units. These are the elite of the army, well trained and hard as nails. 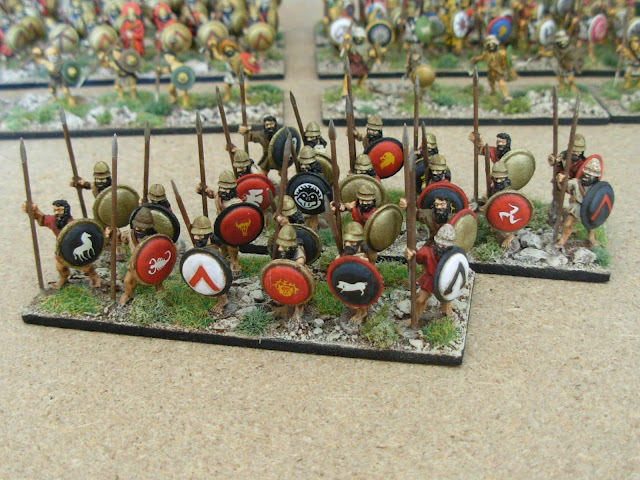 Perioikoi, Spartan subjects, but not citizens.

The Spartan contingent, with the command stand for Hail Caesar. 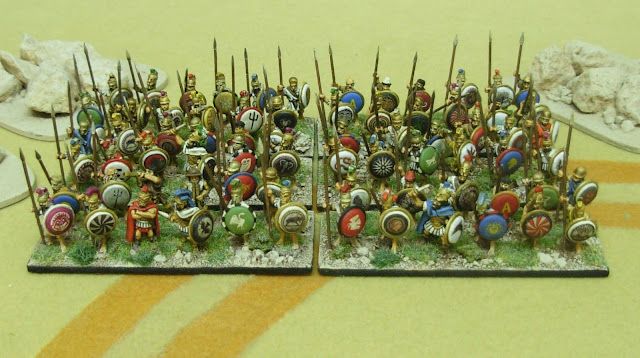 6 Units of allied Hoplites, one of the units includes the other general. Not as good as the Spartans but still very good quality infantry by the standards of the day.

The Allied Contingent, again with the command stand for Hail Caesar. 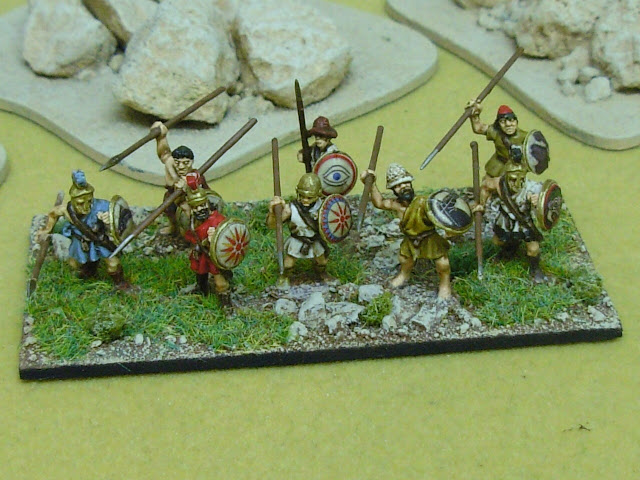 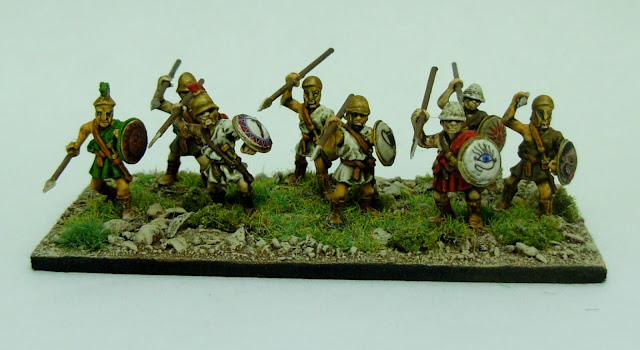 2 units of mercenary peltasts, light infantry that are very useful for protecting the vulnerable flanks of the hoplite phalanx and operating in rough or difficult terrain. 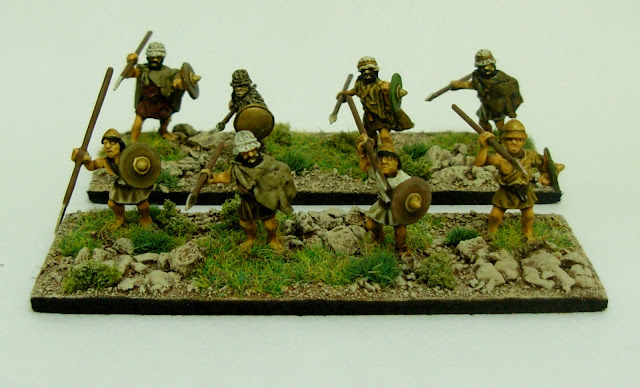 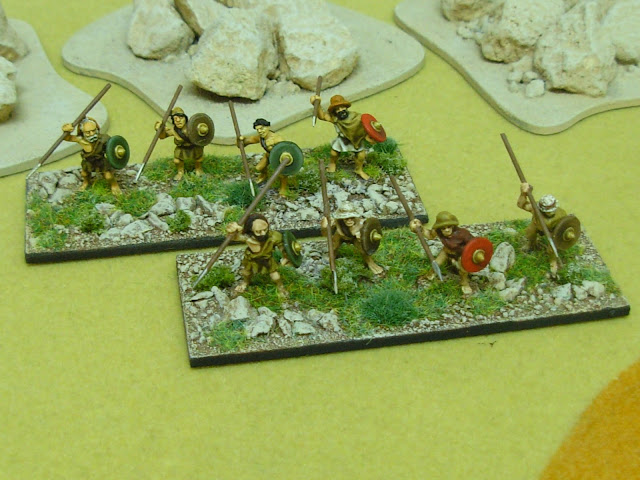 4 units of javelin armed skirmishers, although they are very vulnerable to cavalry, they can operate in difficult terrain and assist with flank protection. 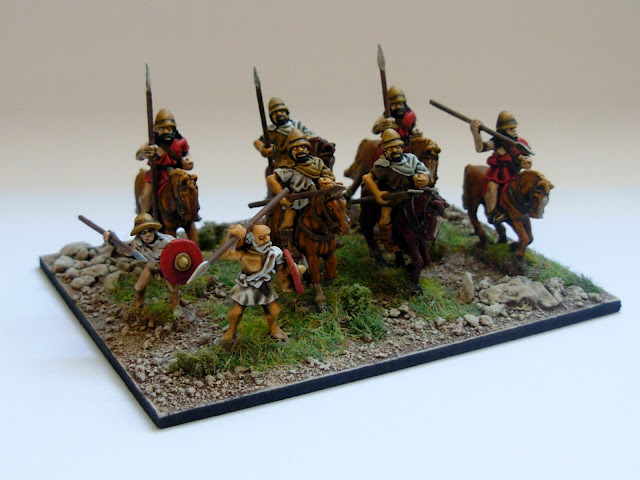 Spartan cavalry, with attached Hammipoi. Javelinmen trained to operate with the cavalry, in game terms they give the unit an extra bit of punch. 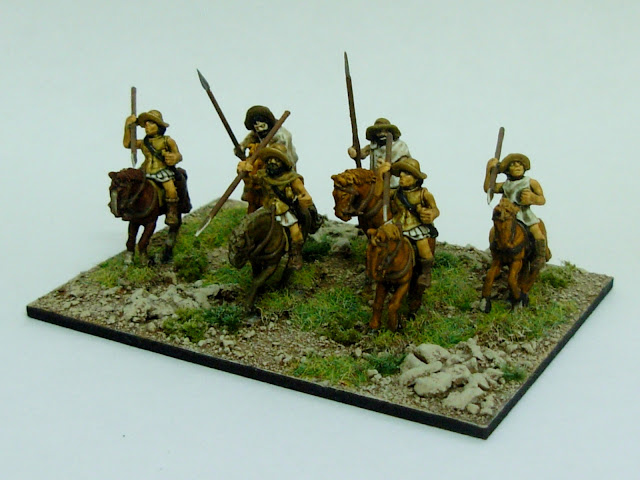 Greek mercenary cavalry, reasonable medium cavalry, but no match for the Persians.

The army so far, I have another full contingent to do, the Thebans, and I also have some more Thelessian cavalry, then the army will be finished.

All the miniatures are 15mm Xyston, and they are great figures to paint, although they are perhaps slightly larger than a few other manufacturers.