The second in an irregular series of posts, this time i have found some pictures of the general of my old High elf army, Prince Tyrion, i seem to remember he had a twin brother who was a wizard? I have him painted up somewhere too.... 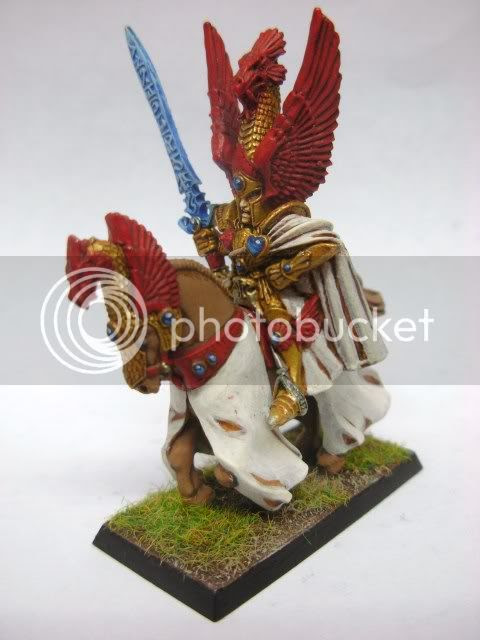 I remember him being an all conquering dealer of death to all and sundry..

I also have the army champion, on his pegasus, this guy would always swoop down on the enemy artillery, destroy it then attack units in the rear, causing mayhem.... Good times. 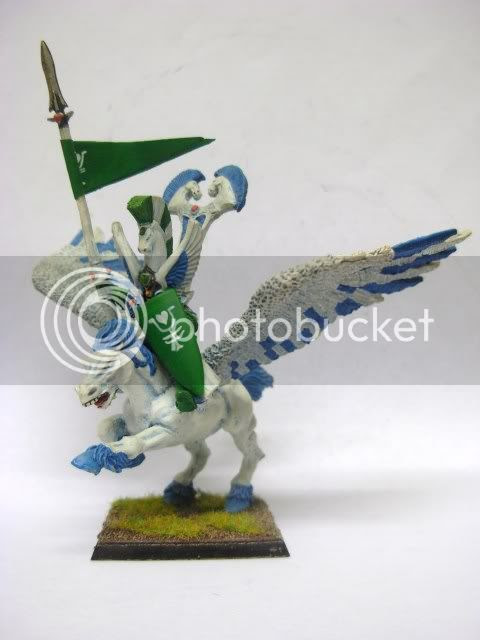 The more i look at these old pictures, the more i think its a shame they have been in storage for nearly 16 years.....

So there you have it, another bit of my wargaming "history".

I have finished off the bulk of the German infantry now, and have completed the initial objective of a 500 point platoon. I now have some optional extras that will be getting painted up, such as more MG teams, (so i can boost the squads to 10 men, and 2 LMGs) I also have another MG42 team to paint up, and along with the Panther G and the Puma i've well over 1000 points worth of troops.

3 squads of 8 men, a commander and 1 grenadier, a sniper pair and an MG42 team for a bit of fire support.

The whole force can be seen in more detail HERE

I was looking through my pictures on photobucket today, and found these pictures of some of my oldest miniatures.

So heres the first in an irregular series where ill be putting up pictures of all my older and sadly nearly forgotten figures that have been languishing in storage for well over a decade, if not longer.

Warhammer 3rd edition is where it all pretty much started for me back in the dim and distant past, but over the years the miniatures and background changed so much that these guys were relegated to their box. 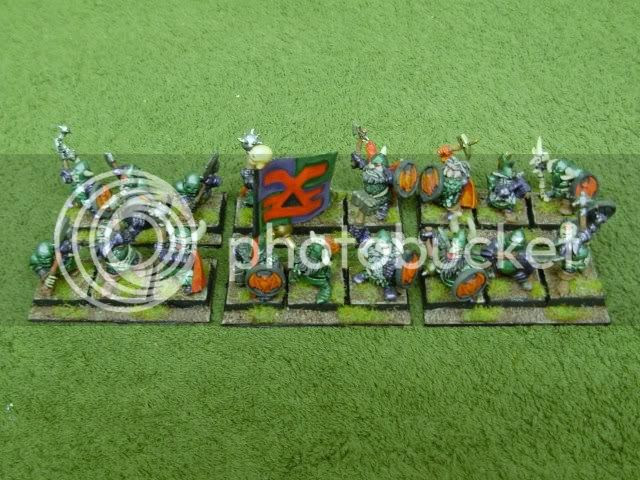 The warrior Regiment (painted in 1990) 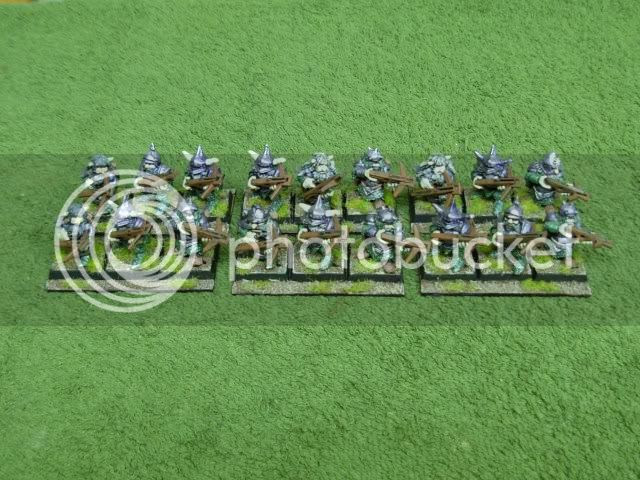 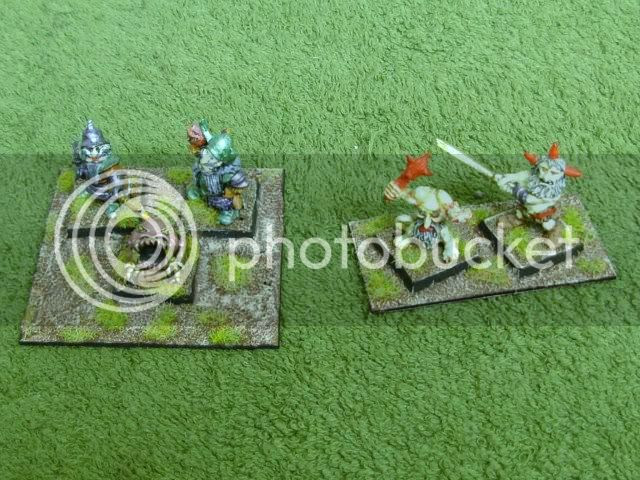 A mortar and some mutants.

I made some sabot bases for the army a few years ago, with an idea of playing Hott with my two boys, but I lost that particular battle to the XBOX....

I have loads of warhammer stuff still, and WH40K armies too, one day I will photograph it all, and put them on here, who knows one day they might be used in a game again?

Being the thrifty Yorkshireman that i am, i decided that the bolt action dice were too expensive...So..I have made some dice of my own for Bolt Action. I Bought some blank dice from HERE, and using their blank dice template I made these: 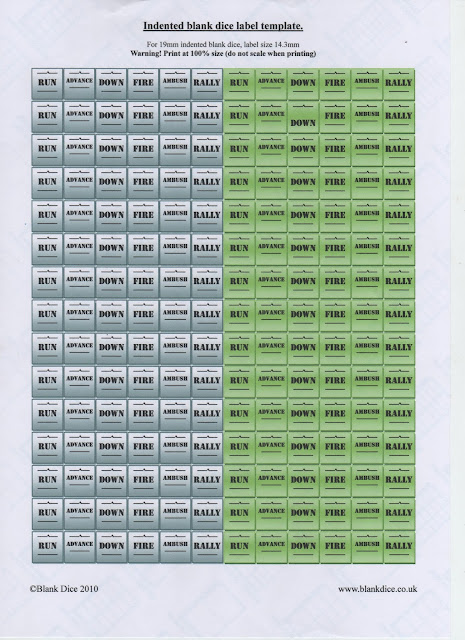 I then printed them out onto sticky label paper, 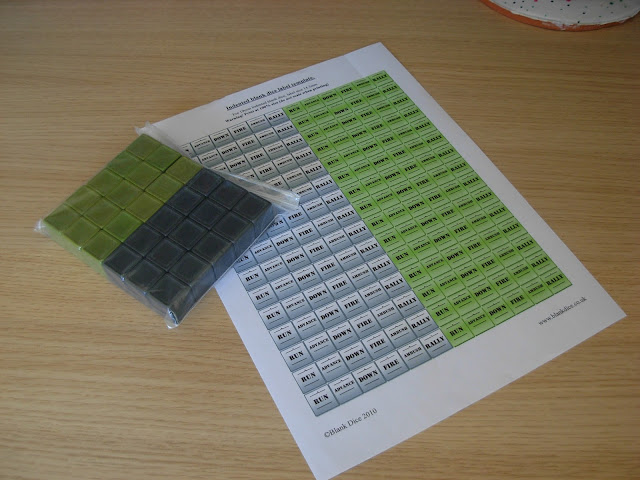 Cut them out (took ages). And ended up with these. 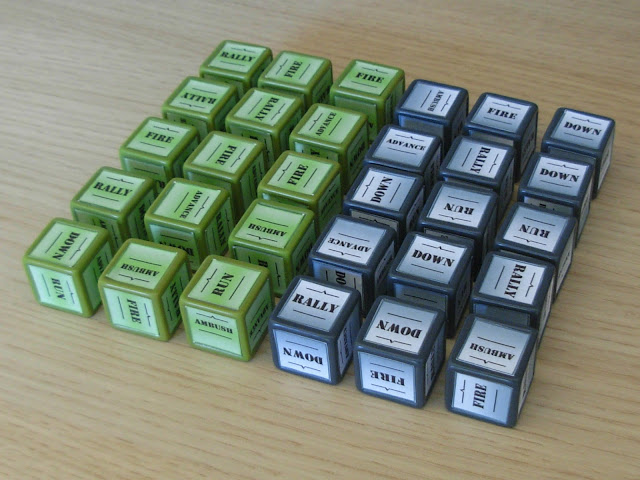 The dice cost me 19p each, much cheaper than the "official" dice, and i reckon they will serve nicely.  I have 15 dice each for the Germans and the Allies. not bad for £8.00. (ish)

If you want a copy of the labels, comment below, with your email address and ill send you a copy. (I wont publish your address though obviously). 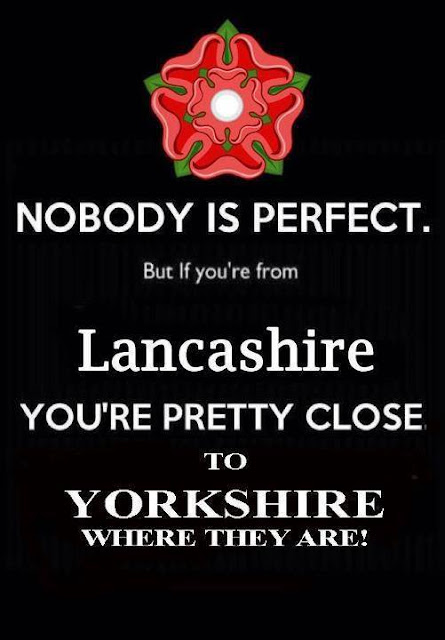 For those of us lucky enough to be from gods country....Happy Yorkshire day!