I'm still looking for a "hard" science fiction game, where we are dealing with the near future and mankind's first steps into colonizing the galaxy. As such, there will be no weird silliness that you can find in certain other games.

I have tried Tomorrows war, didn't like it much,  any suggestions?

The figures I have gone for are 28mm, and made by Pig Iron miniatures.

The EUDT are a small, well trained contingency force, made up of the best troops the European union has to offer. Equipped with cutting edge technology, they are primarily used as a rapid strike force.

A platoon usually consists of 6 fire teams, although this is only an administrative organisation, and groupings will change on the ground dependent on the mission. My force is a typical unit, organised into 2 separate "multiples" of 3 fire teams, with attached support. 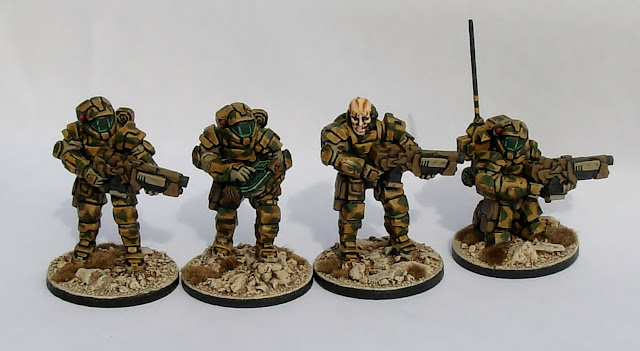 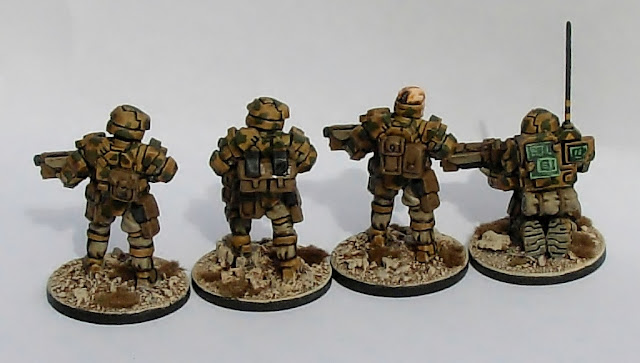 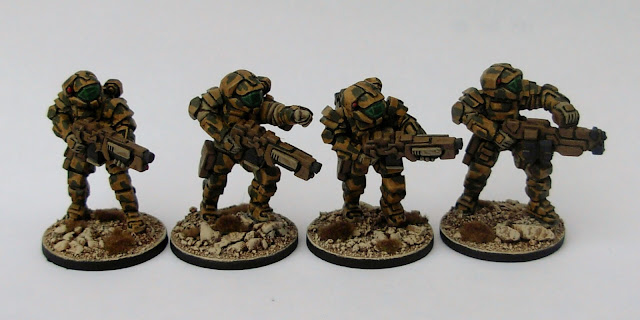 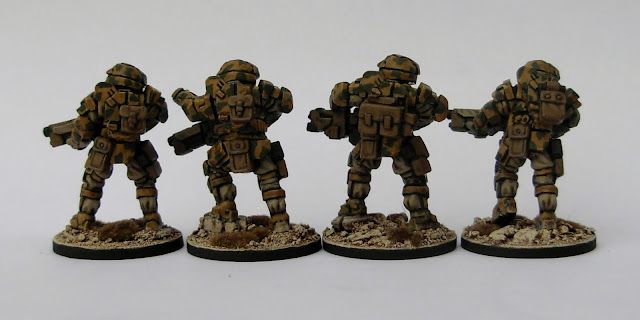 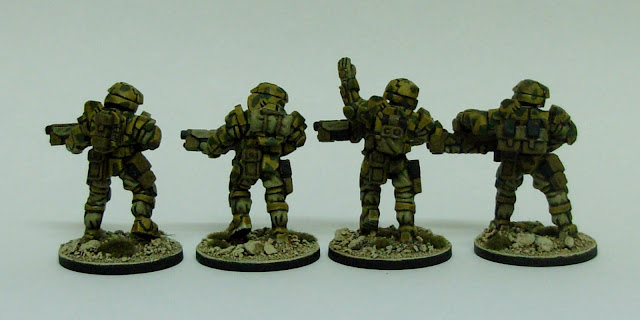 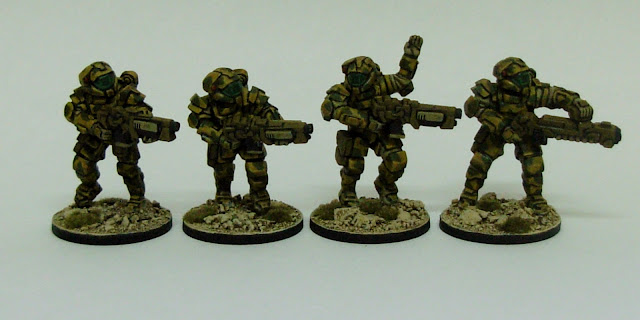 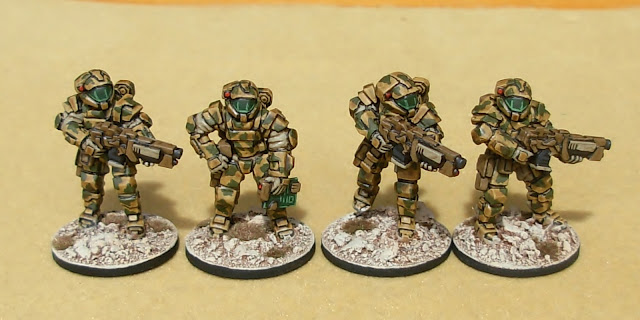 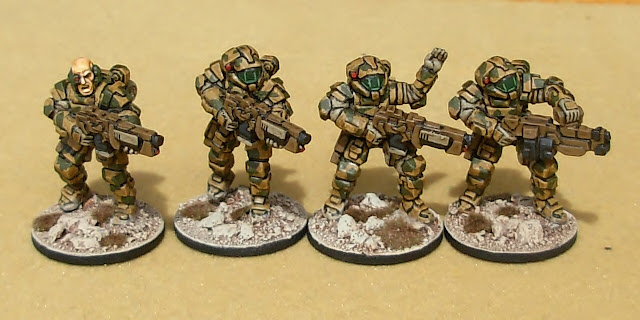 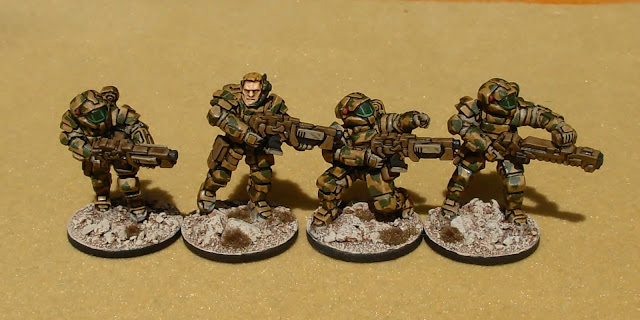 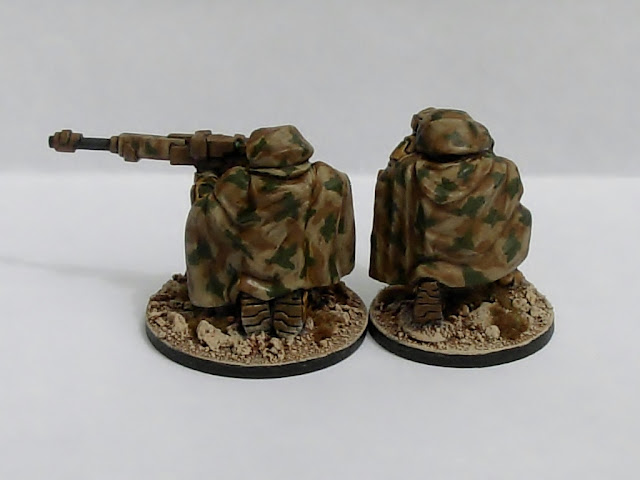 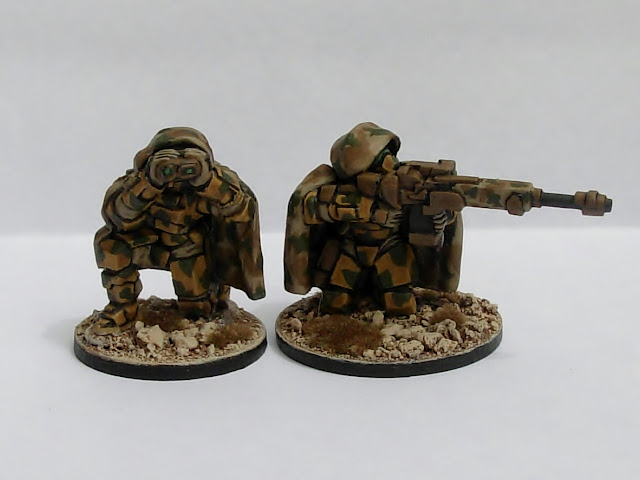 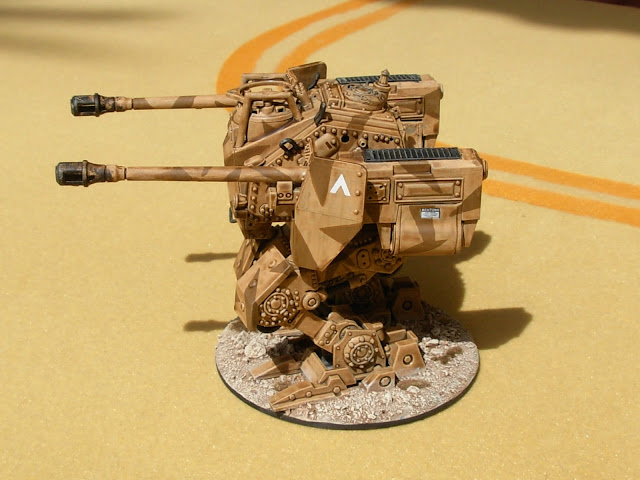 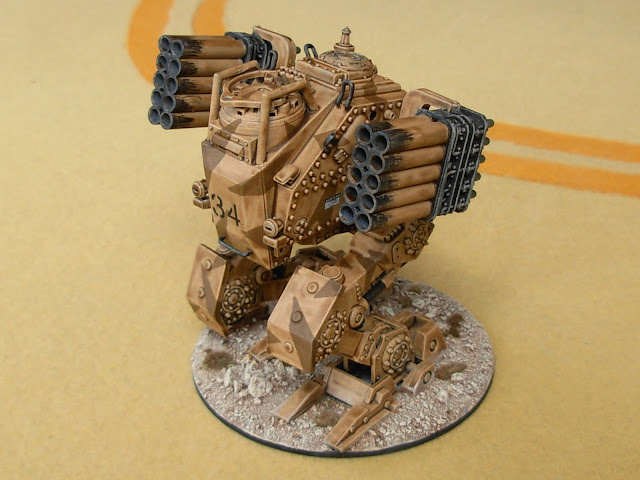 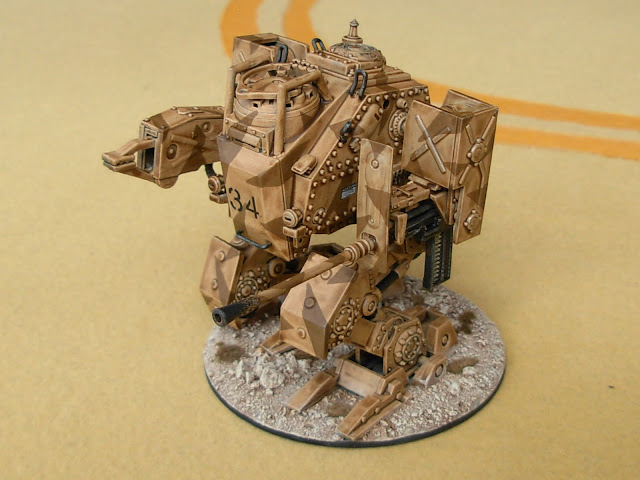 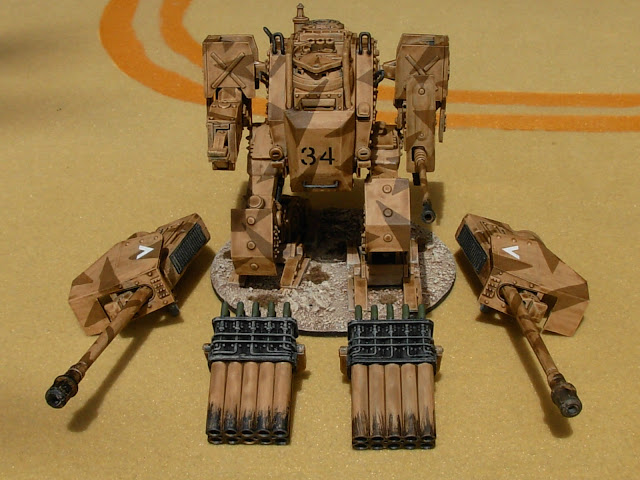 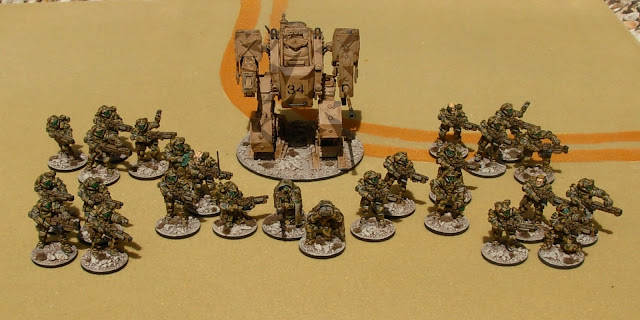