After yesterdays game playing bolt action, the lad and myself are up for another game, this time rewinding history a few thousand years to ancient Greece. 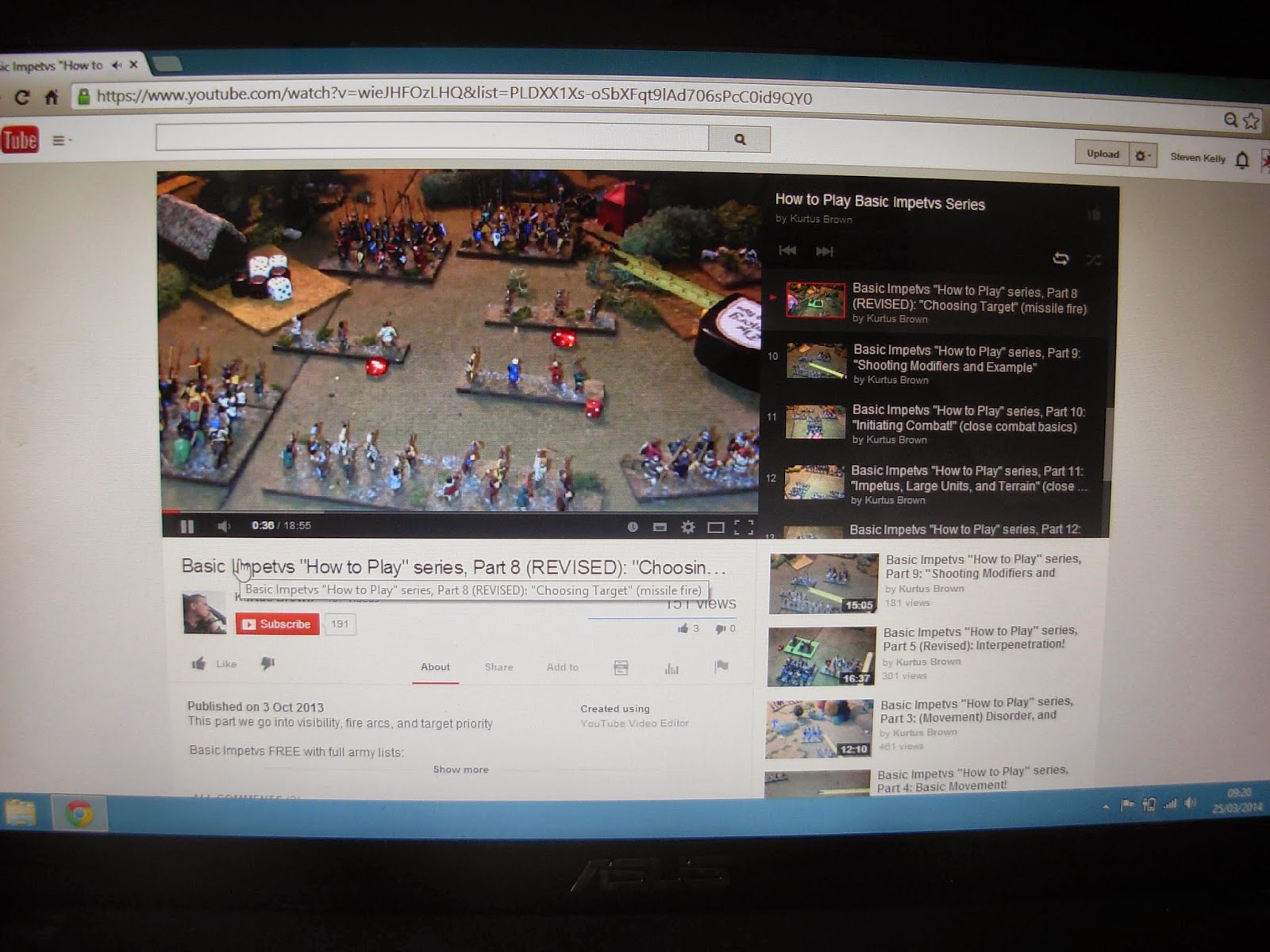 Now I haven't had a game of BI for about a year so I have had to re-read the rules, and I also found that watching some "how to" videos on YouTube have helped clarify things for me.

It is actually very informative and the guy who has done the vids has done a good job of explaining some of the finer points of the game.

The videos can be seen here - BI how to videos

OK so we will take it that the opposing forces have met on a plain somewhere in central Greece, negotiations have failed and the only way to resolve the territorial dispute will involve bloodshed. The Hoplites march out from their camps and face each other across the field of battle! 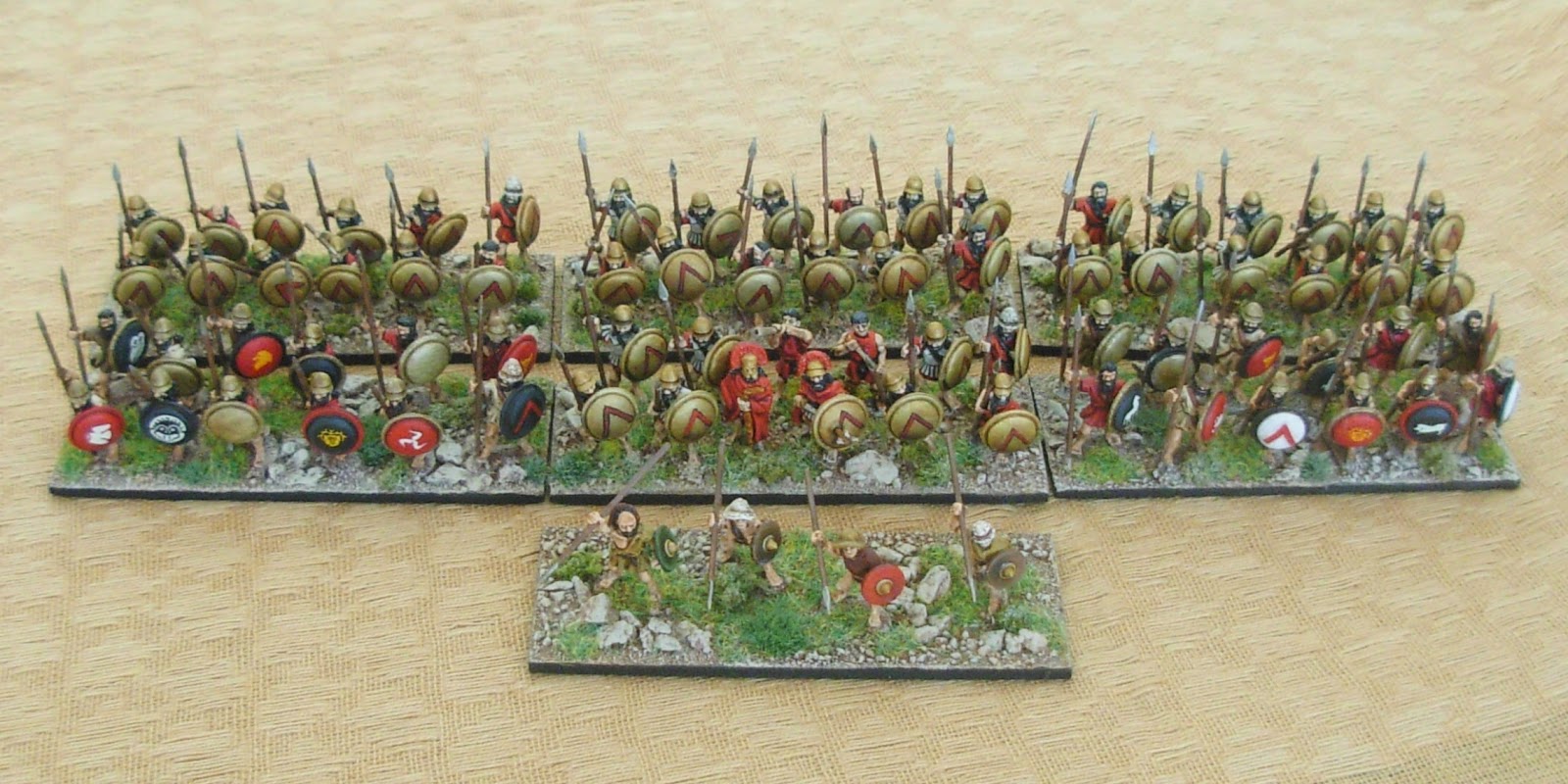 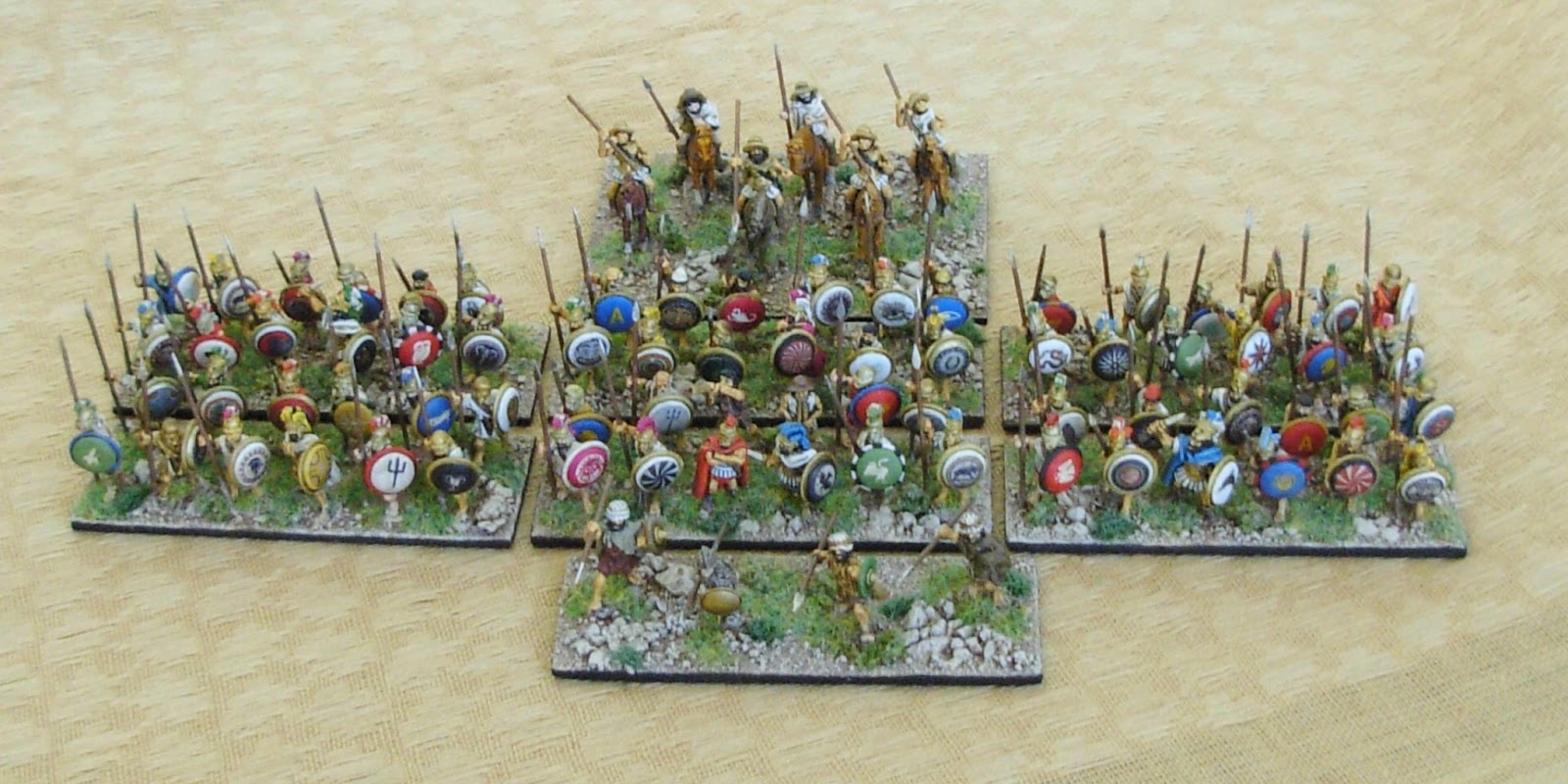 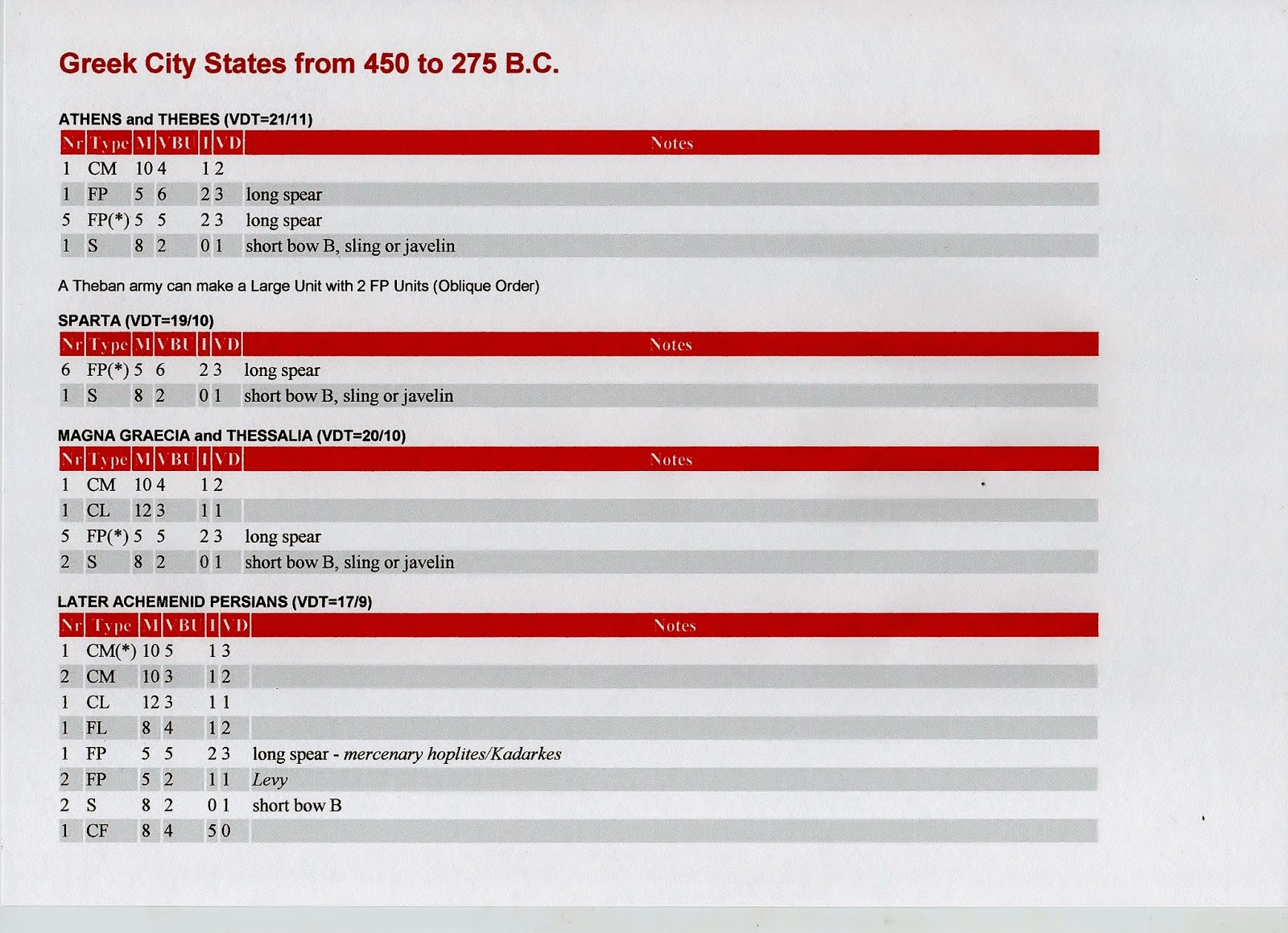 The field of battle 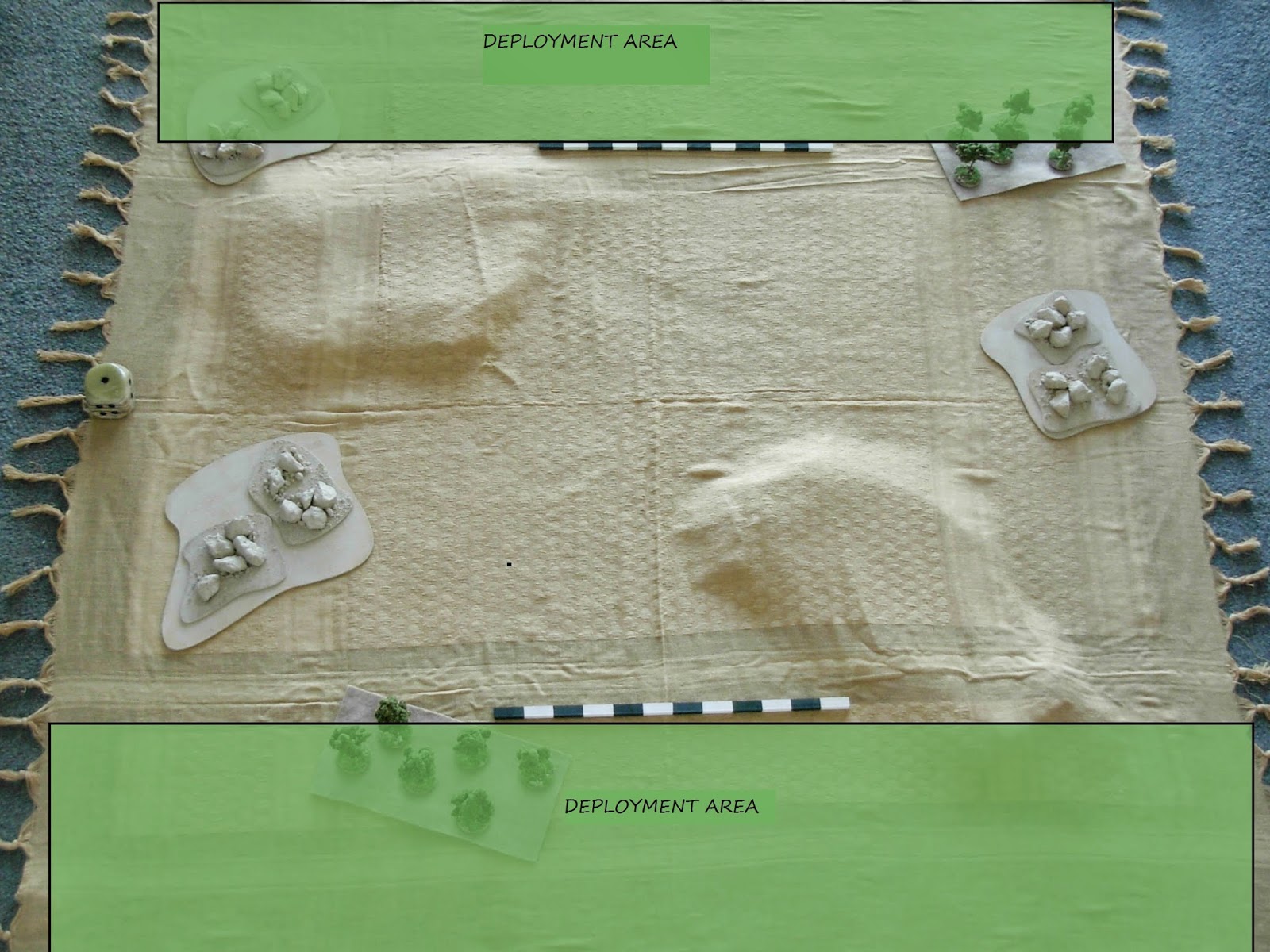 In basic (and full) Impetus, deployment is key. If you set up without a plan or without really having a quick think about how the different troop types work together, you are pretty much inviting disaster (unless of course the dice gods smile on you). 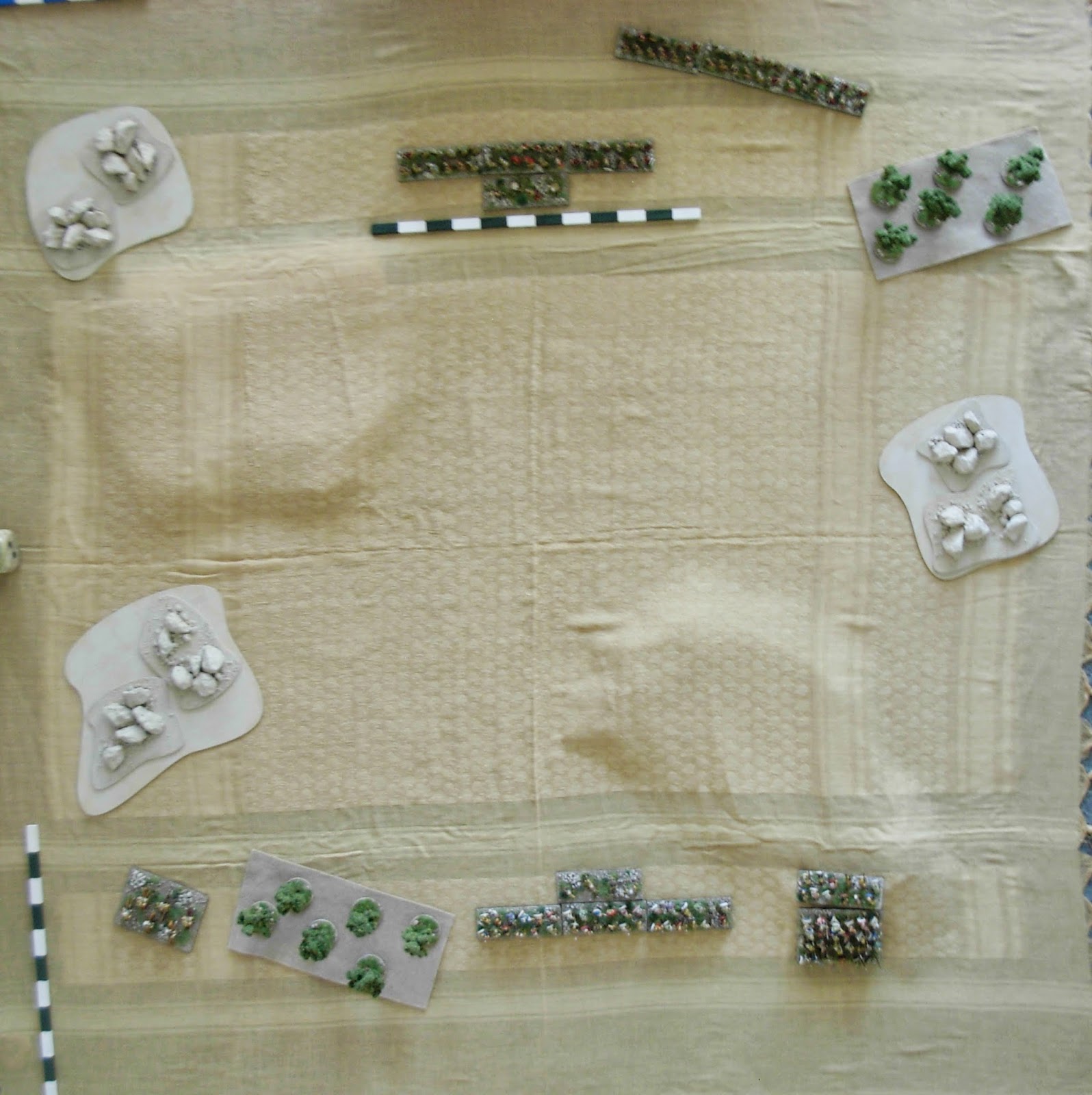 To that end, the Hoplite armies of both sides have set up opposite each other, with the skirmisher troops placed out front. The Athenian army has a medium cavalry unit, which I have decided to place on the left flank, the plan being to get round the flank or even better the rear of the Spartan phalanx.

The Spartan forces have divided into 2 separate groups, with the second group hopefully in a position to support the first....? 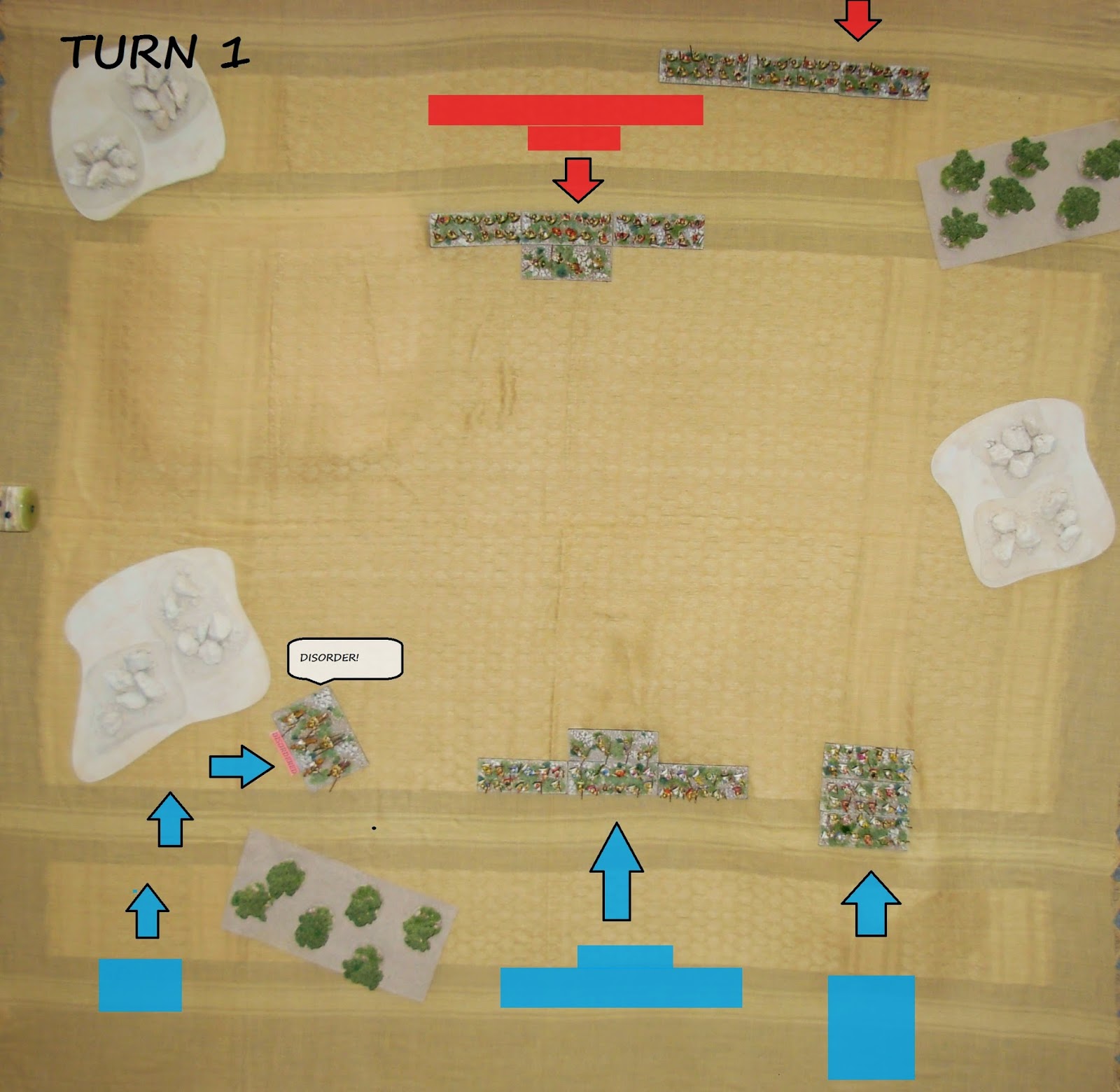 Turn 1 saw both commanders ordering their forces forward, with the Athenian Cavalry getting disordered. 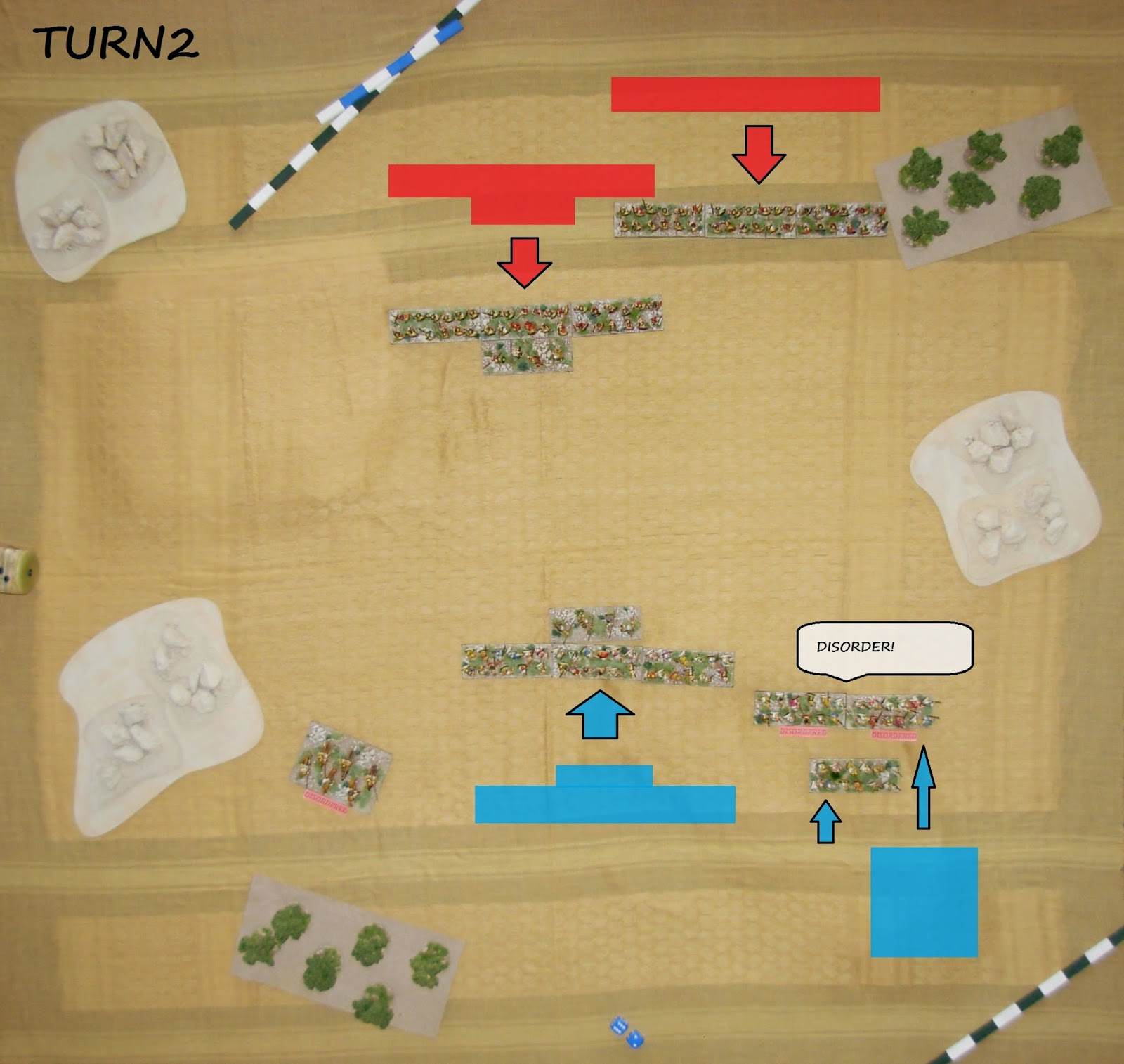 Turn 2 sees both armies again moving forwards, with the Athenian right moving from column which results in quite a bit of disorder! The Spartans move forward their discipline and training keeping their formations tight! 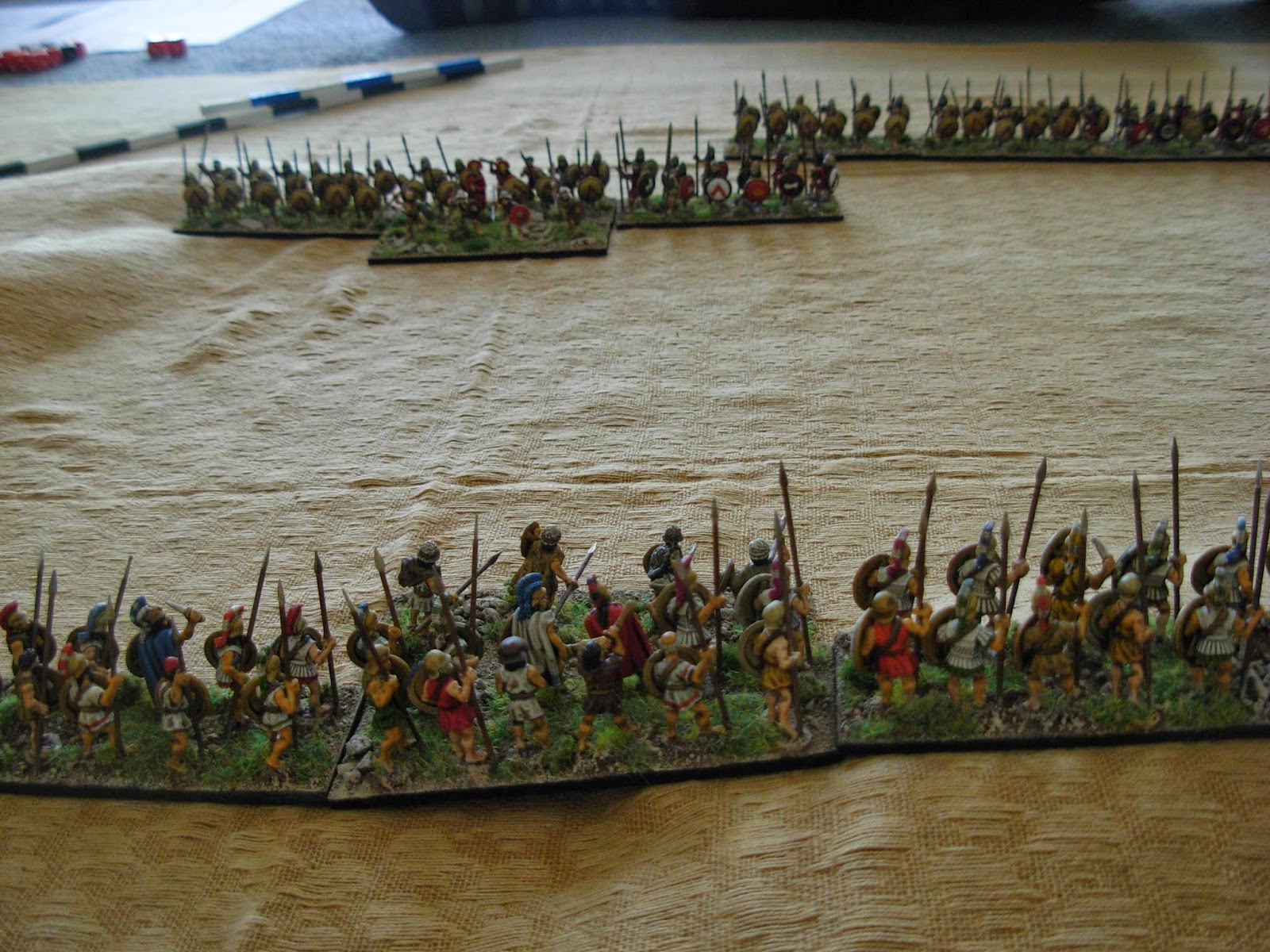 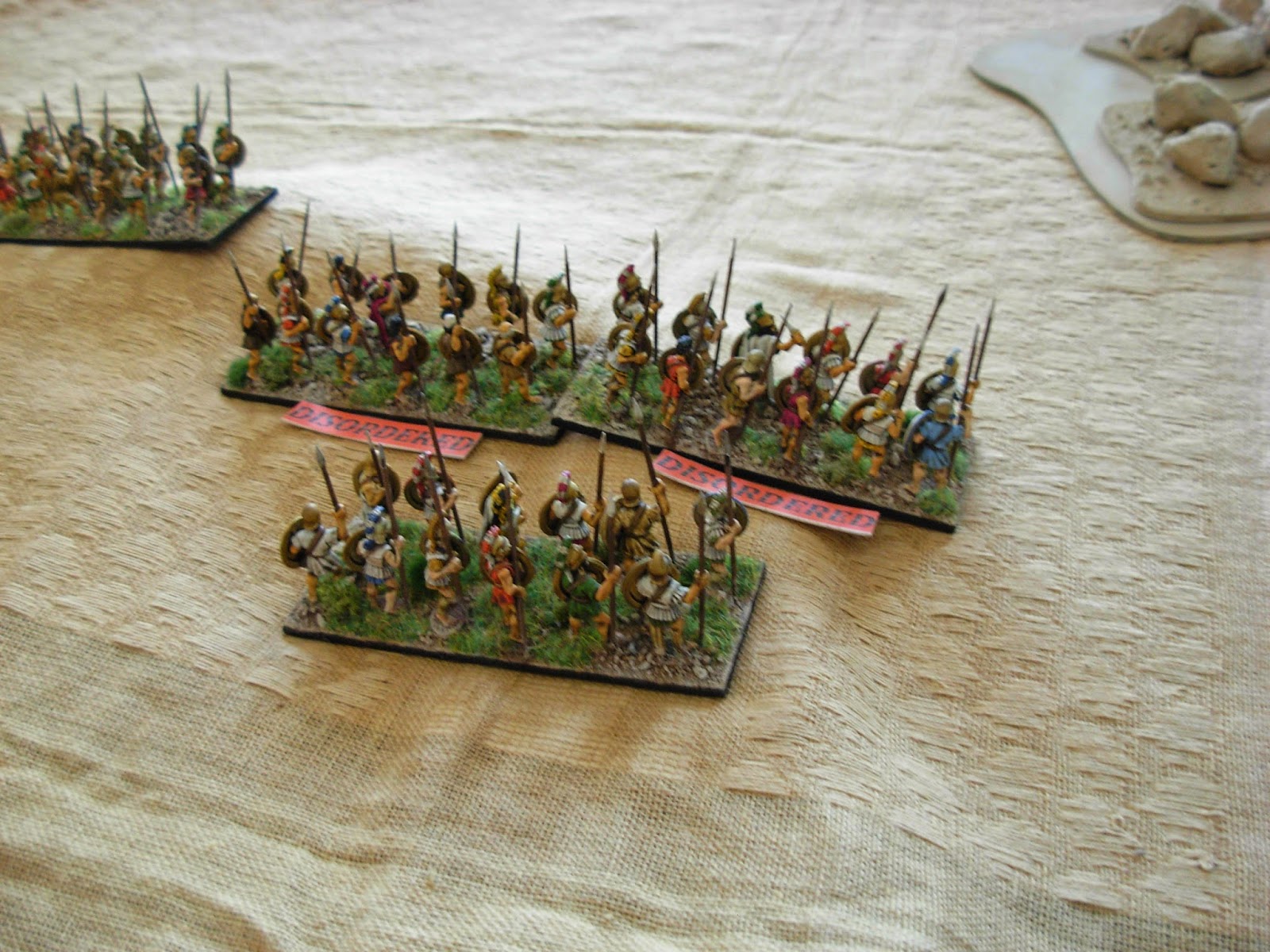 The Athenian right wing take up a position on the small hill, but end up disordered Turn 3 sees the battle lines close, the Athenian skirmishers are too slow and get caught up in the Spartan charge, one of the Athenian hoplite units is also driven back, but the rest of the battleline stands firm following their generals example as he fights in the first rank! 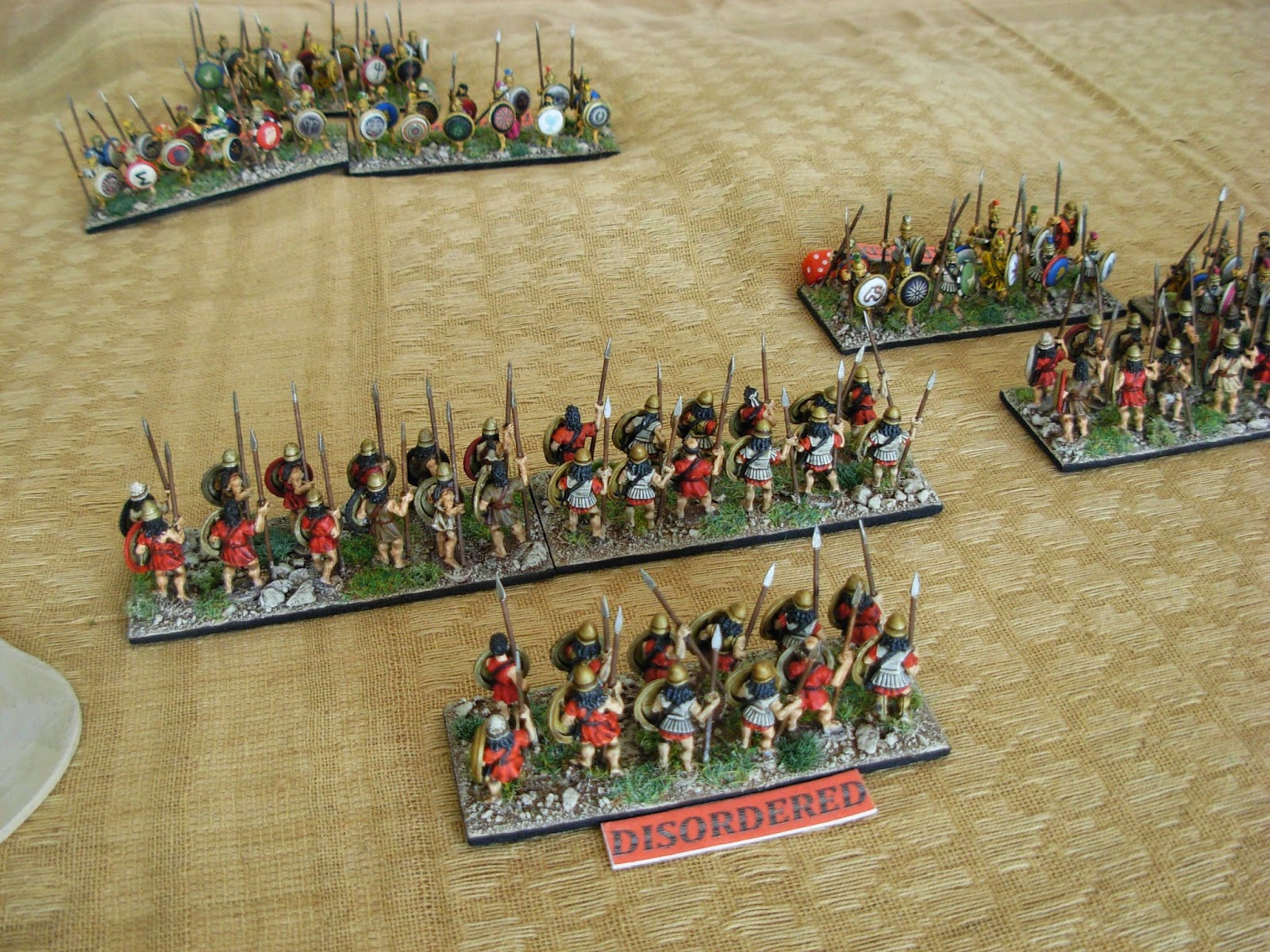 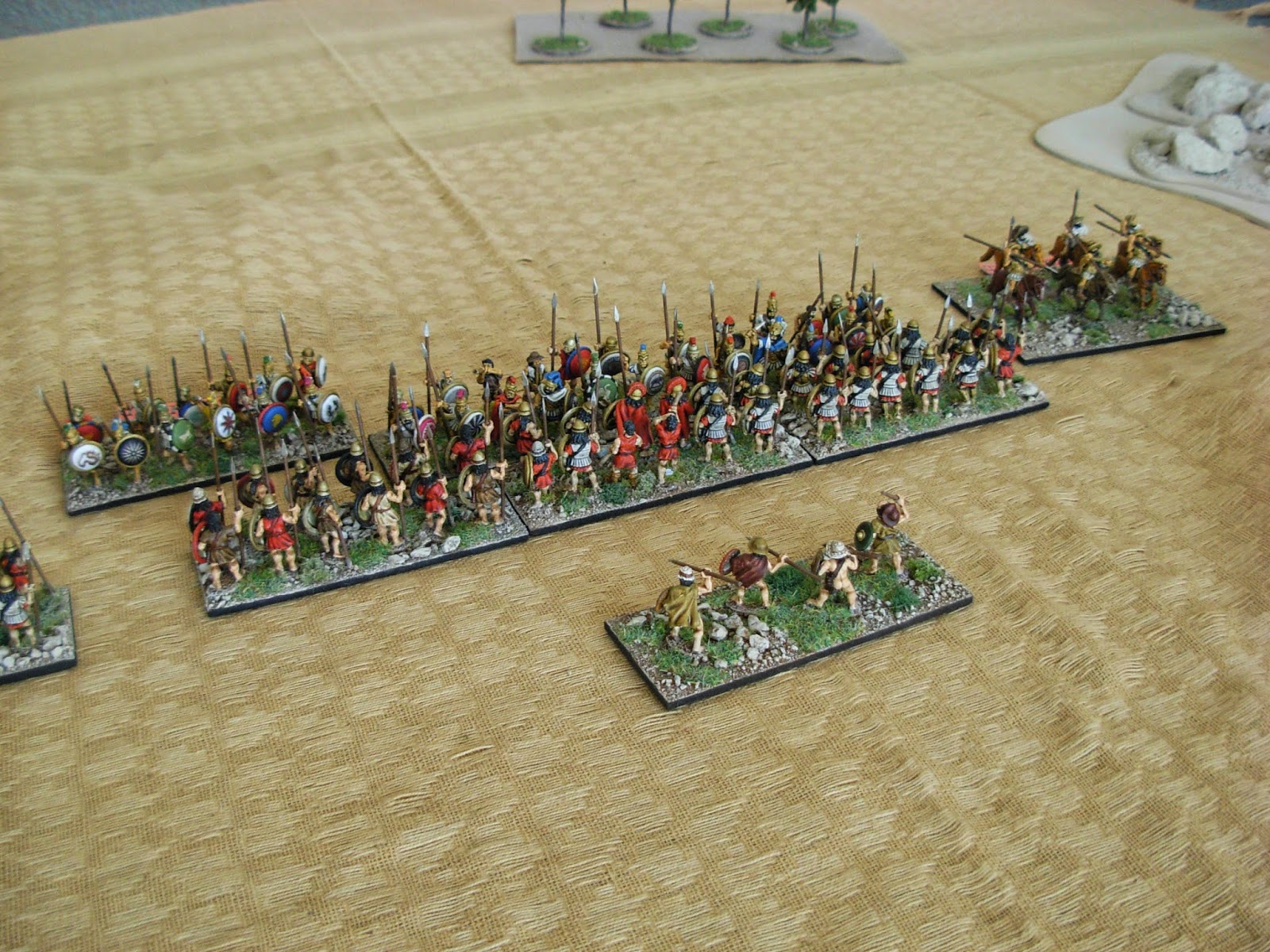 Elsewhere the cavalry move to outflank the Spartans but end the turn disordered again...As do the Spartan reserves as they move into position. 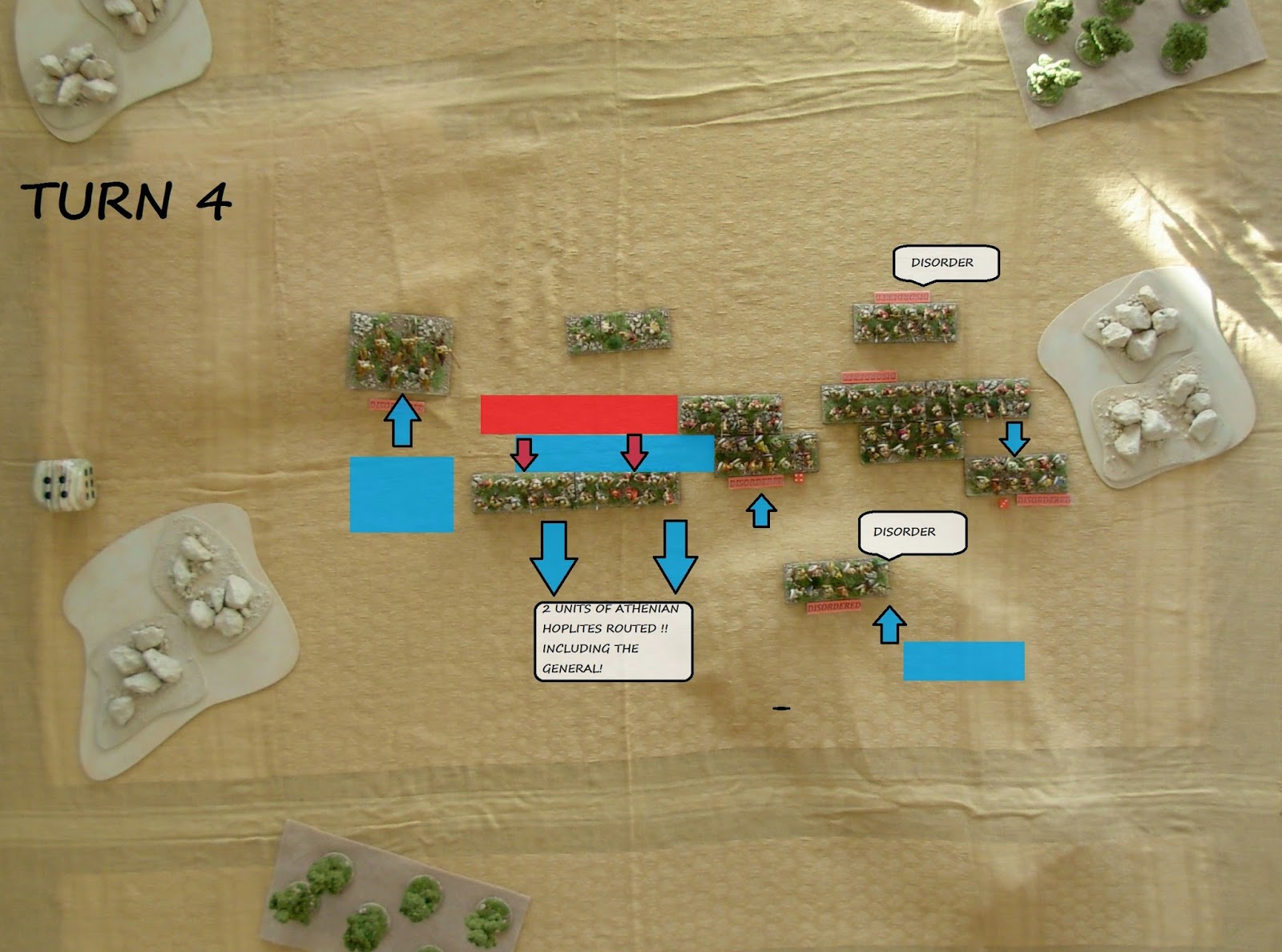 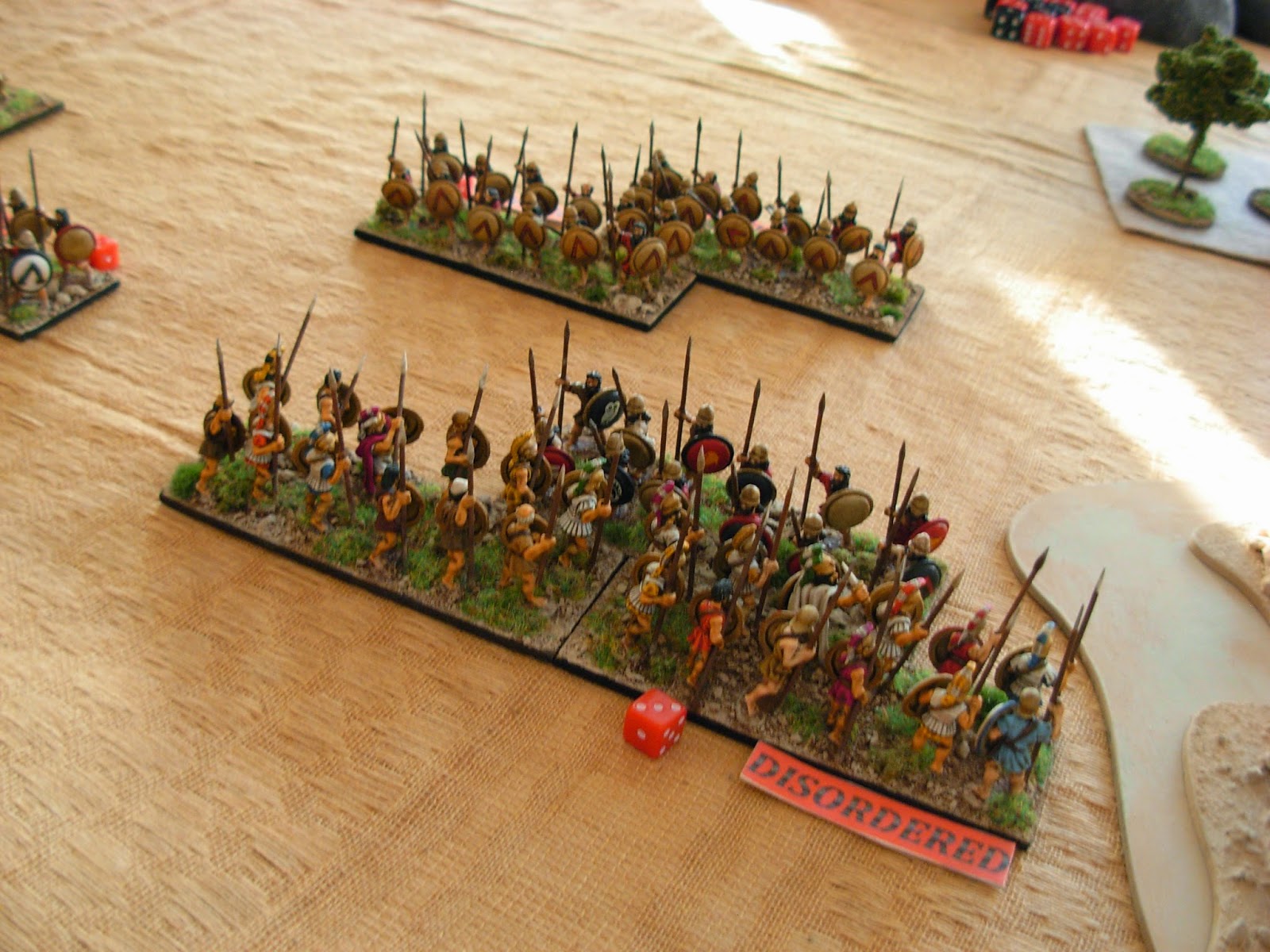 Turn 4. The Athenians launch their attack on the right, which fails to make any headway, with a Hoplite unit being pushed back!


In the centre the disordered hoplite unit charges straight back in, but the General and another unit are routed by the superhuman Spartans! 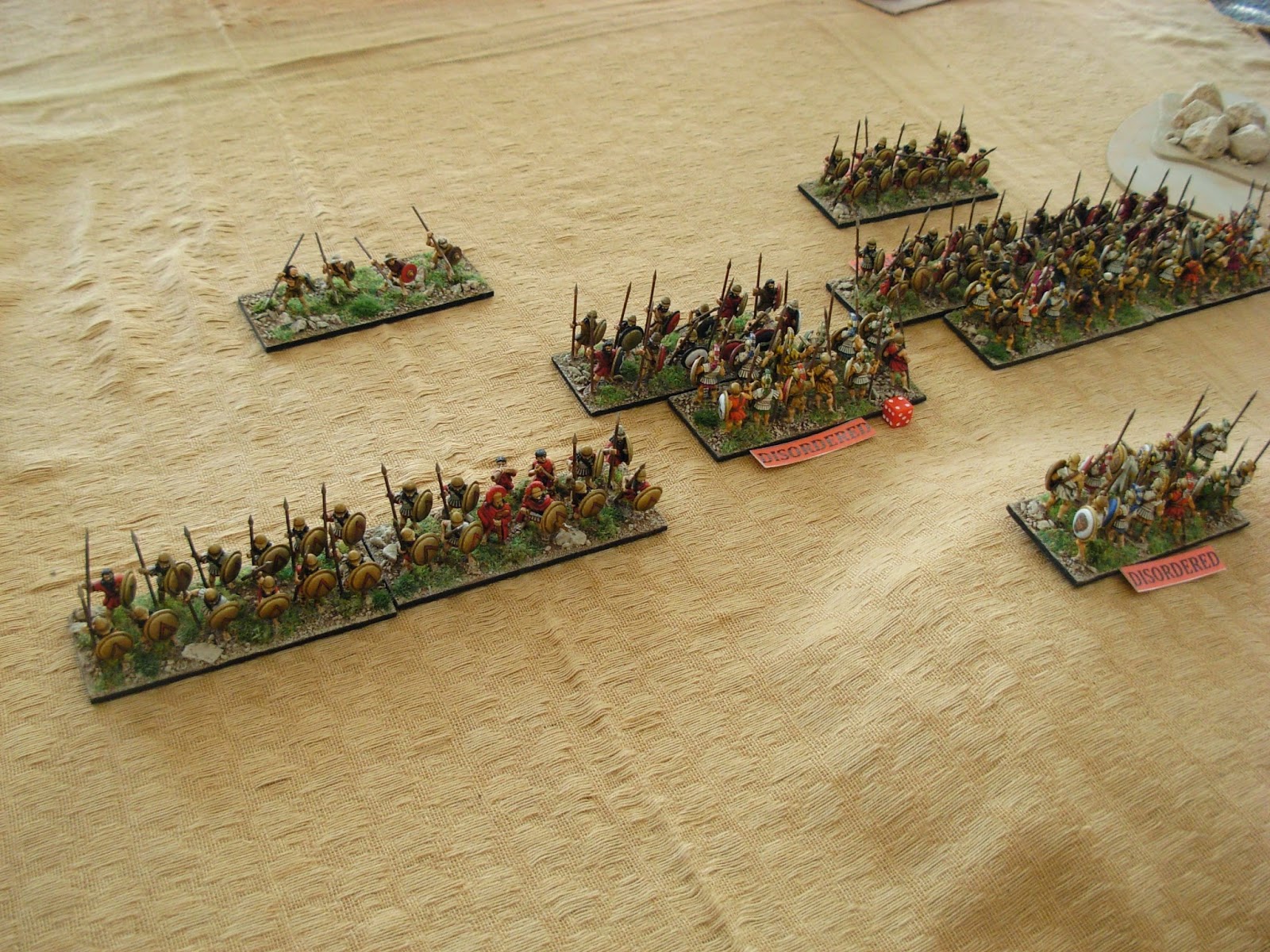 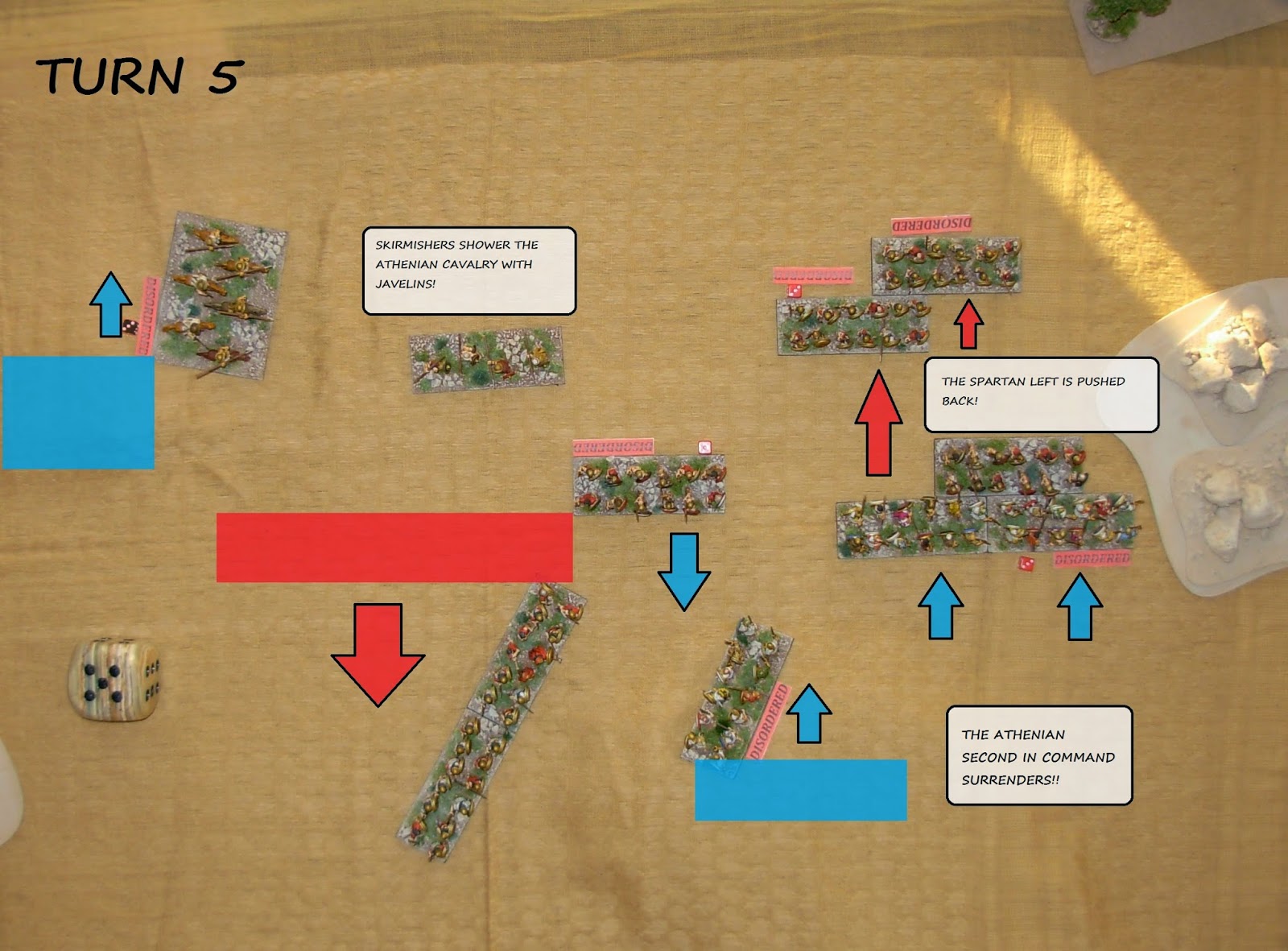 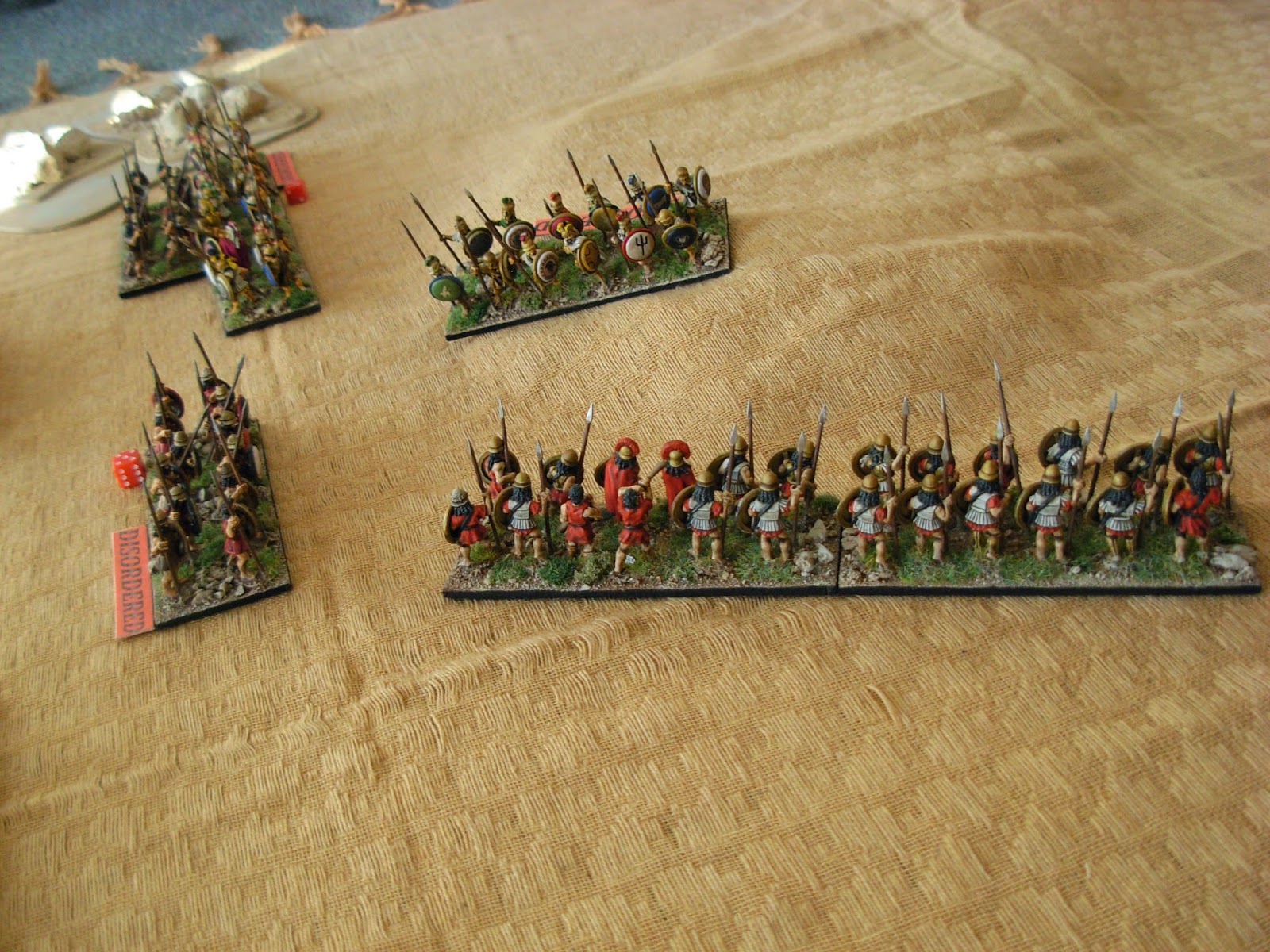 The end is inevitable, and despite some limited success on the right wing, the Athenians lay down their arms, as to fight on would be pointless.

Yes, the little bugger beat me again! Basic Impetus is the perfect game to play with newcomers to wargaming, he has picked up the rules and wants another game!!

Enjoying this little spell of gaming, Crusades action next!!

Thanks for reading,
Steve
Posted by Stig of the Dump at 18:21