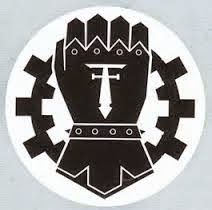 I have been busy painting up Muslim Cavalry for my Ayyubid army to take on the crusaders, but needed a break so painted up a warhound Titan, to support my epic scale marines.

The colour scheme chosen is that of the Legio Crusius, or more commonly known as the warmongers. I felt like painting something different, so no blue or red, but lots of white again....


Anyway here it is. 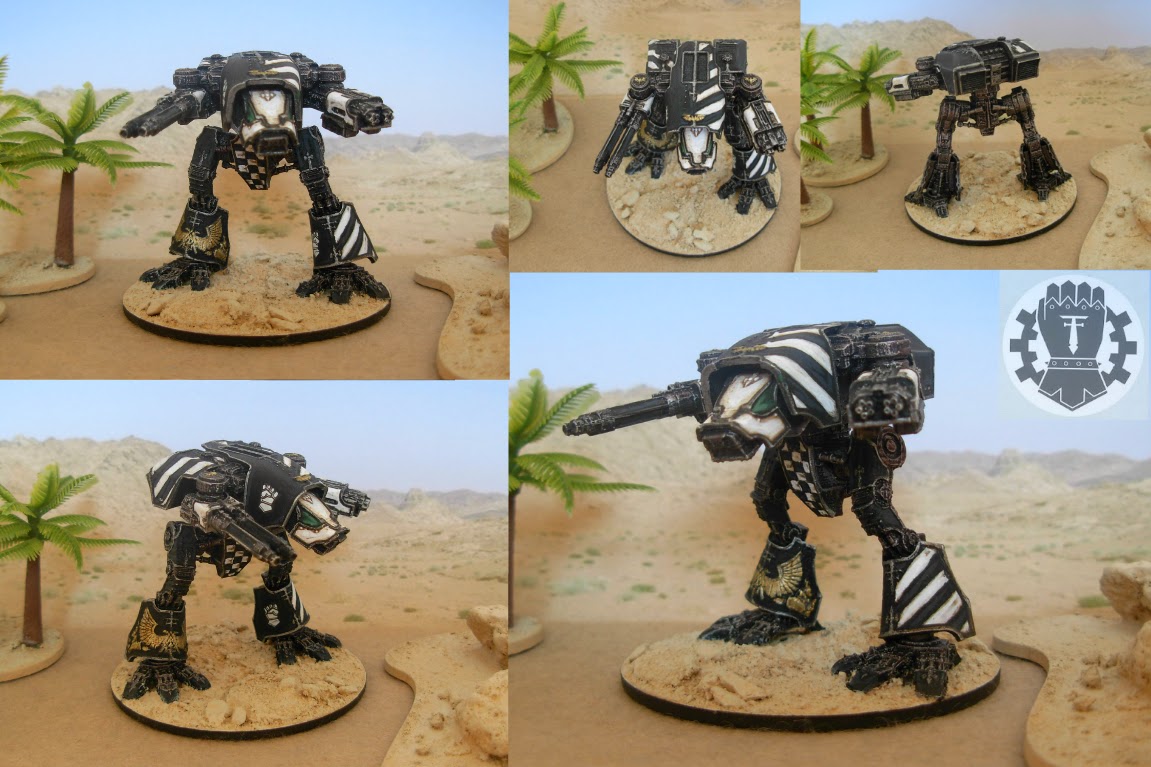 I have another one which will be getting painted soon. Overall I had forgotten how bloody difficult it is to paint black, without it looking grey....

My freehand skills were not up to the task for the Legion badge, so I just about managed the white fist instead, after painting over my failed attempts no less than 3 times. 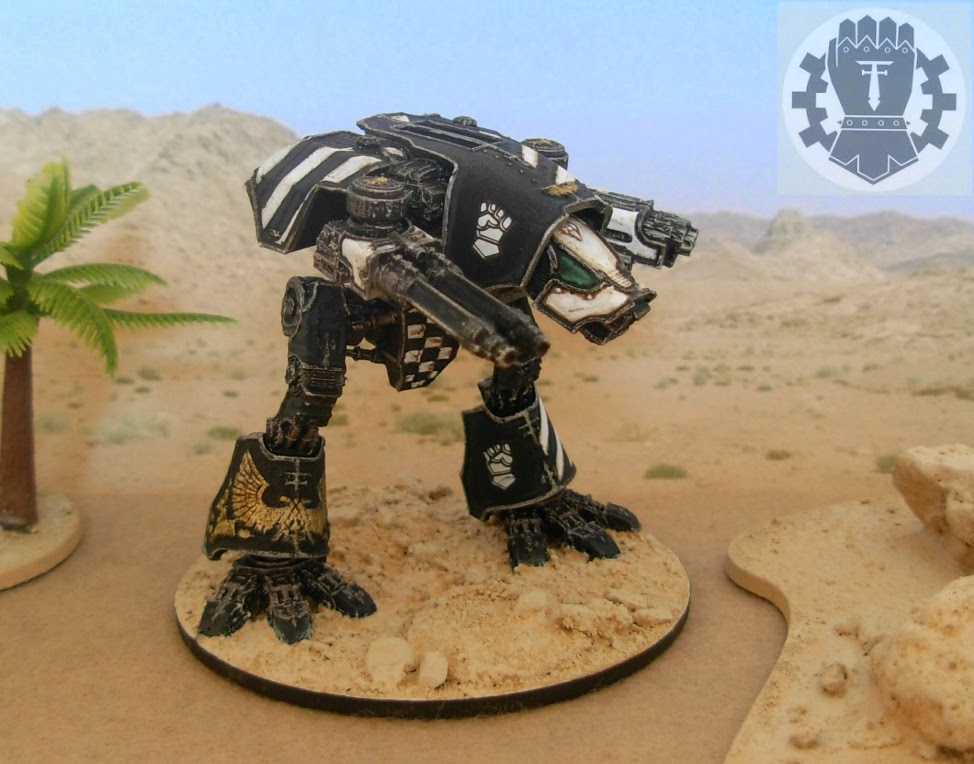 All my Epic stuff can be seen HERE

Changing the subject slightly, here is the current state of the painting table- 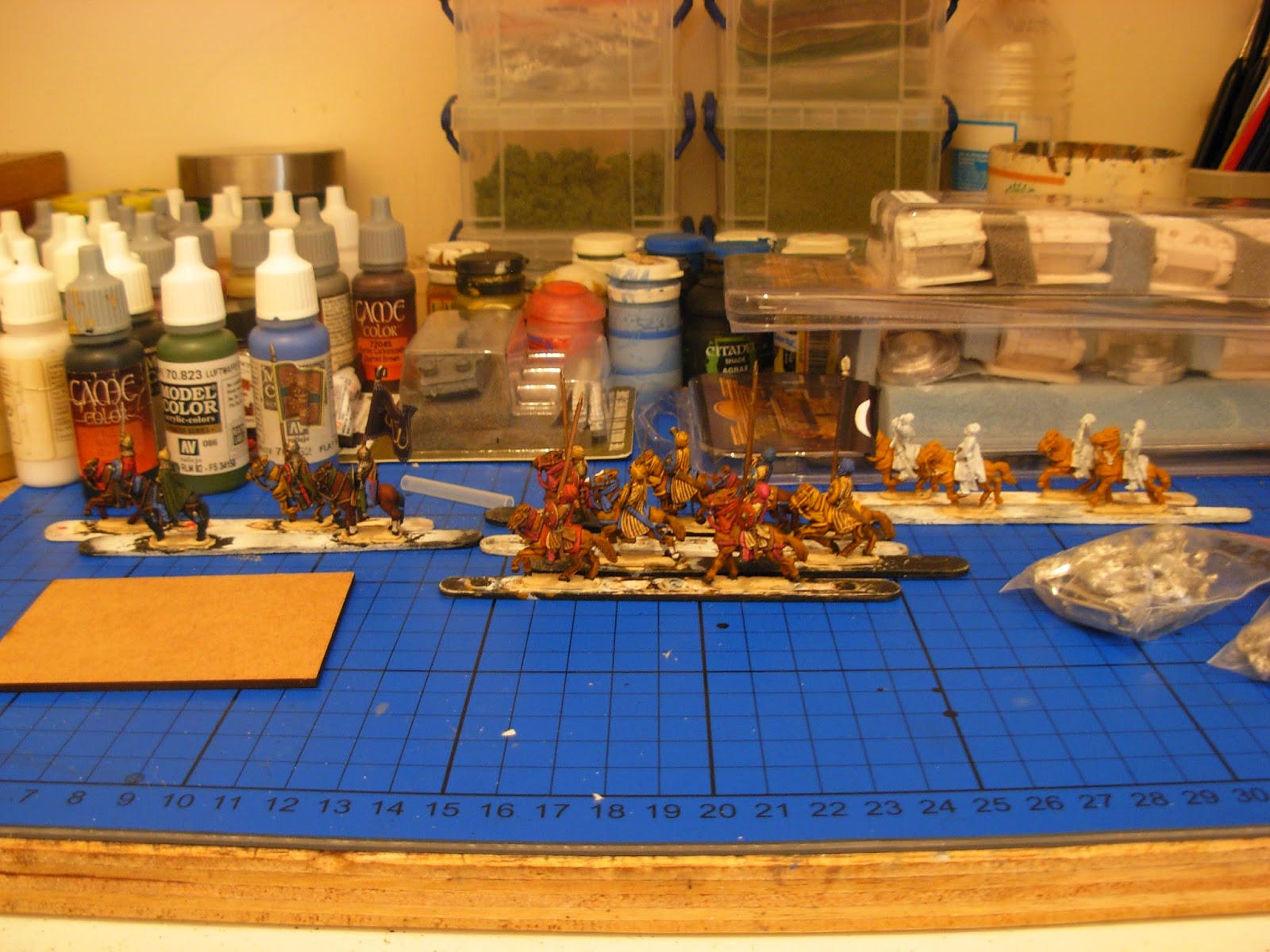 Lots of Muslim Cavalry in various stages of being painted. 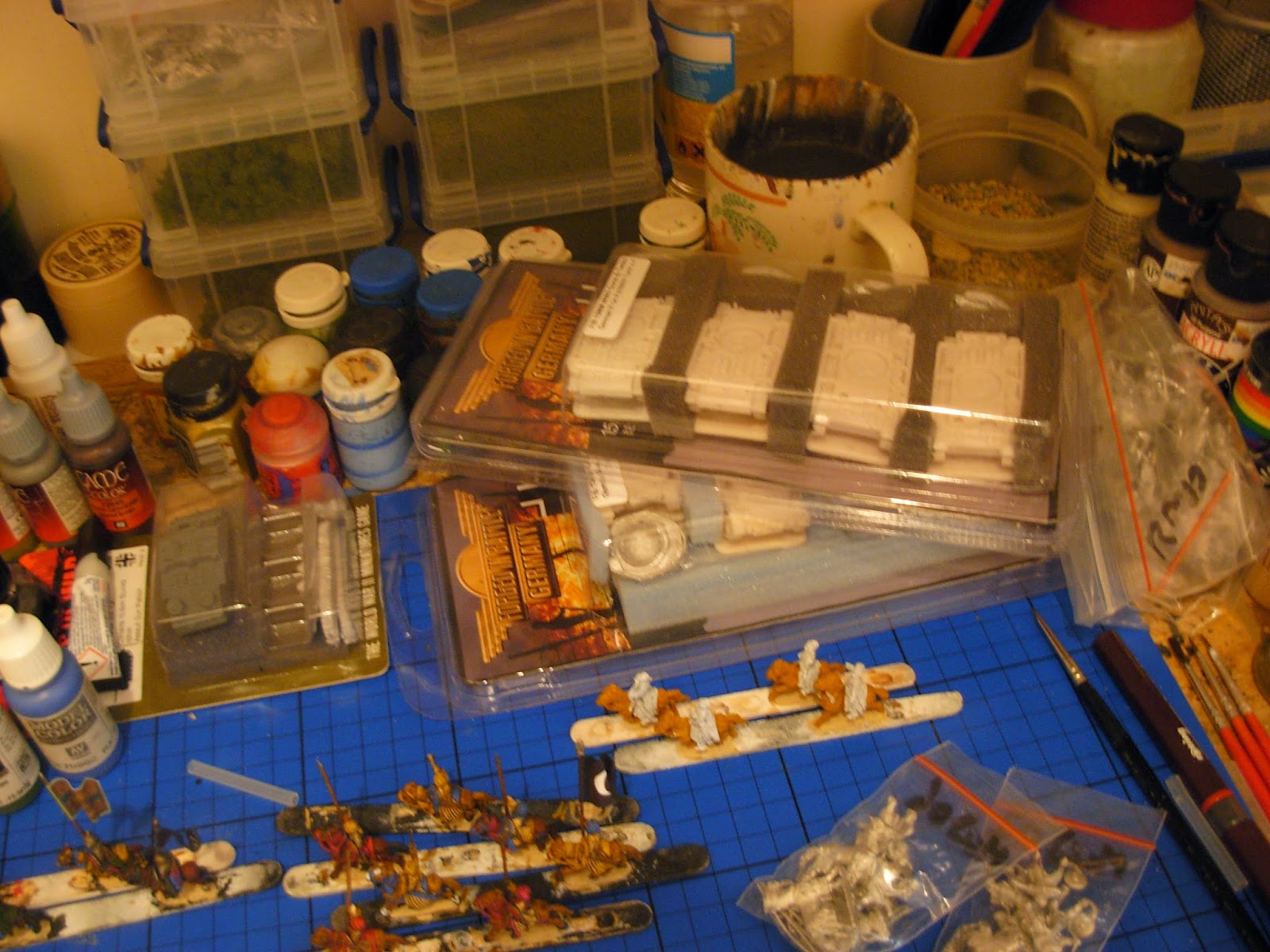 And also on the painting table, WW2 German tanks...lots of them.