I have spent today painting this vehicle up, as its the first late war vehicle i've done, naturally I did a wee bit of research. I had an idea that all the late war German vehicles were painted in a sort of "standard" ambush camouflage scheme, with dots everywhere...

This has proved not to be the case. Here's a few images I found on the net, click for a bigger picture. 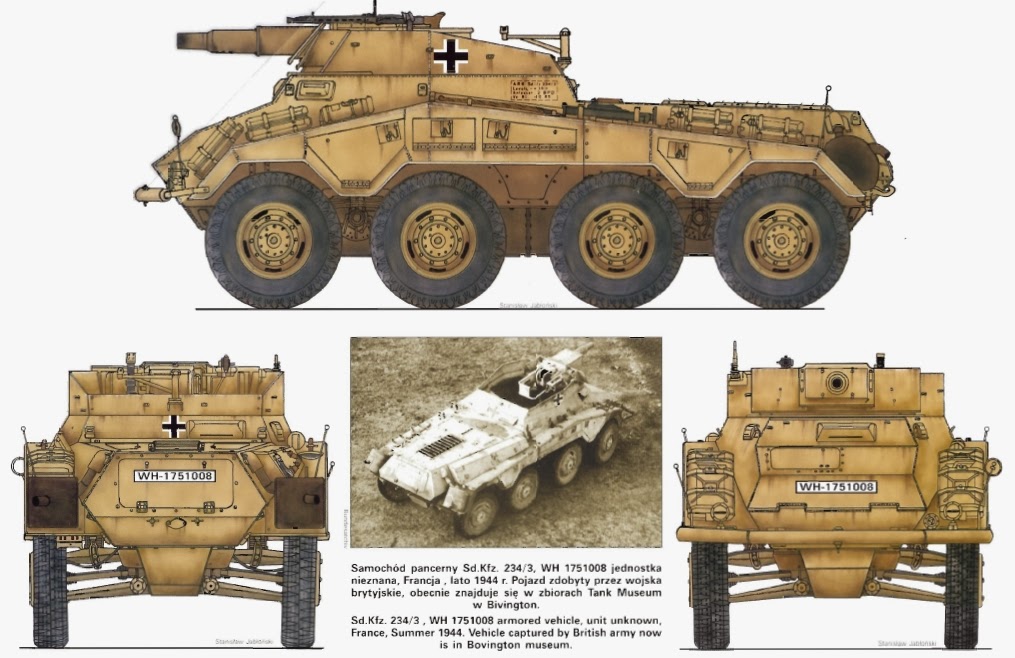 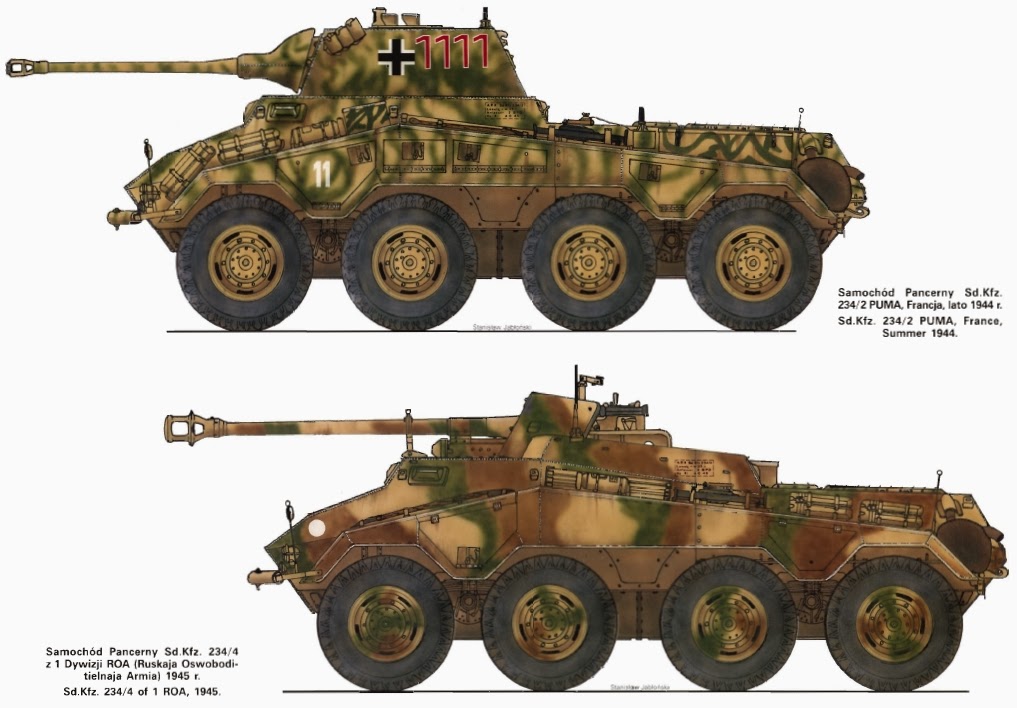 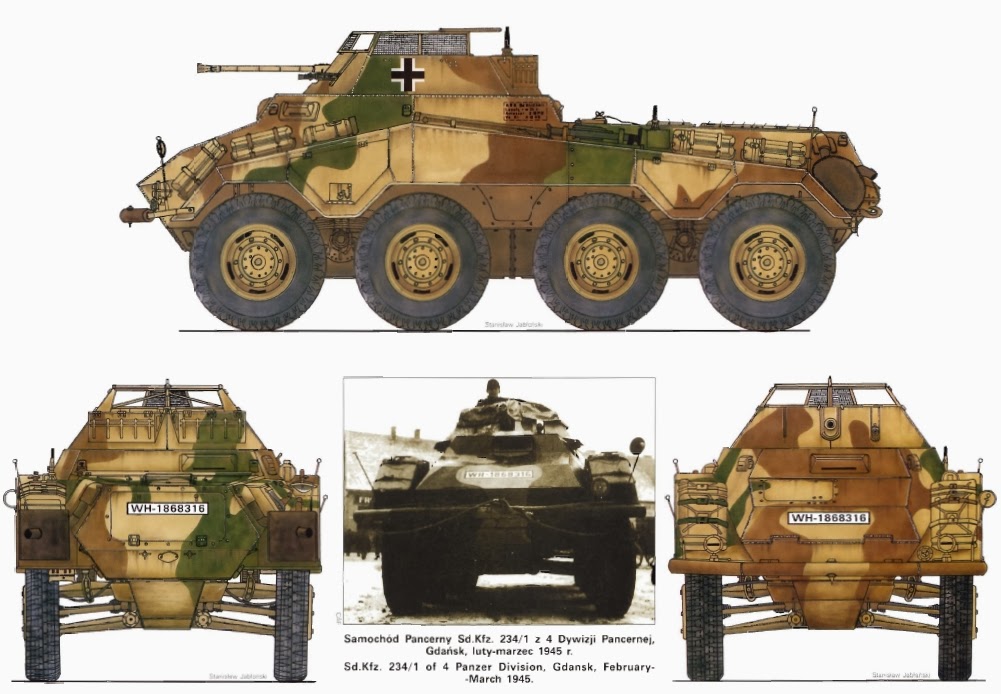 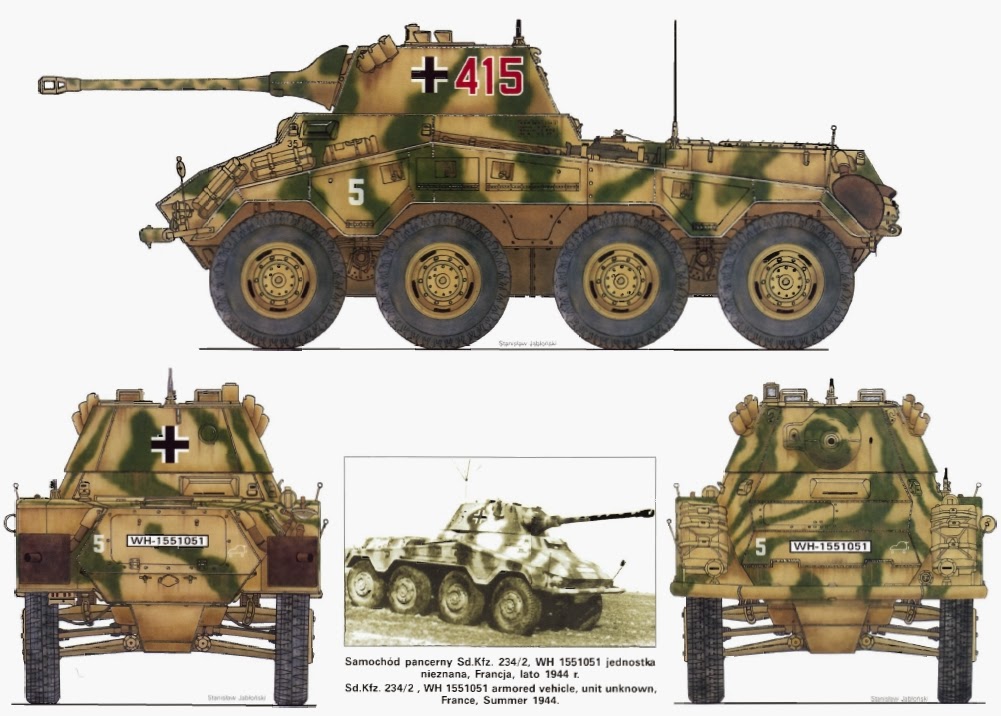 There are a few variants shown above, but im guessing that, as with all things German in WW2, there was a lot of variation in colour schemes. 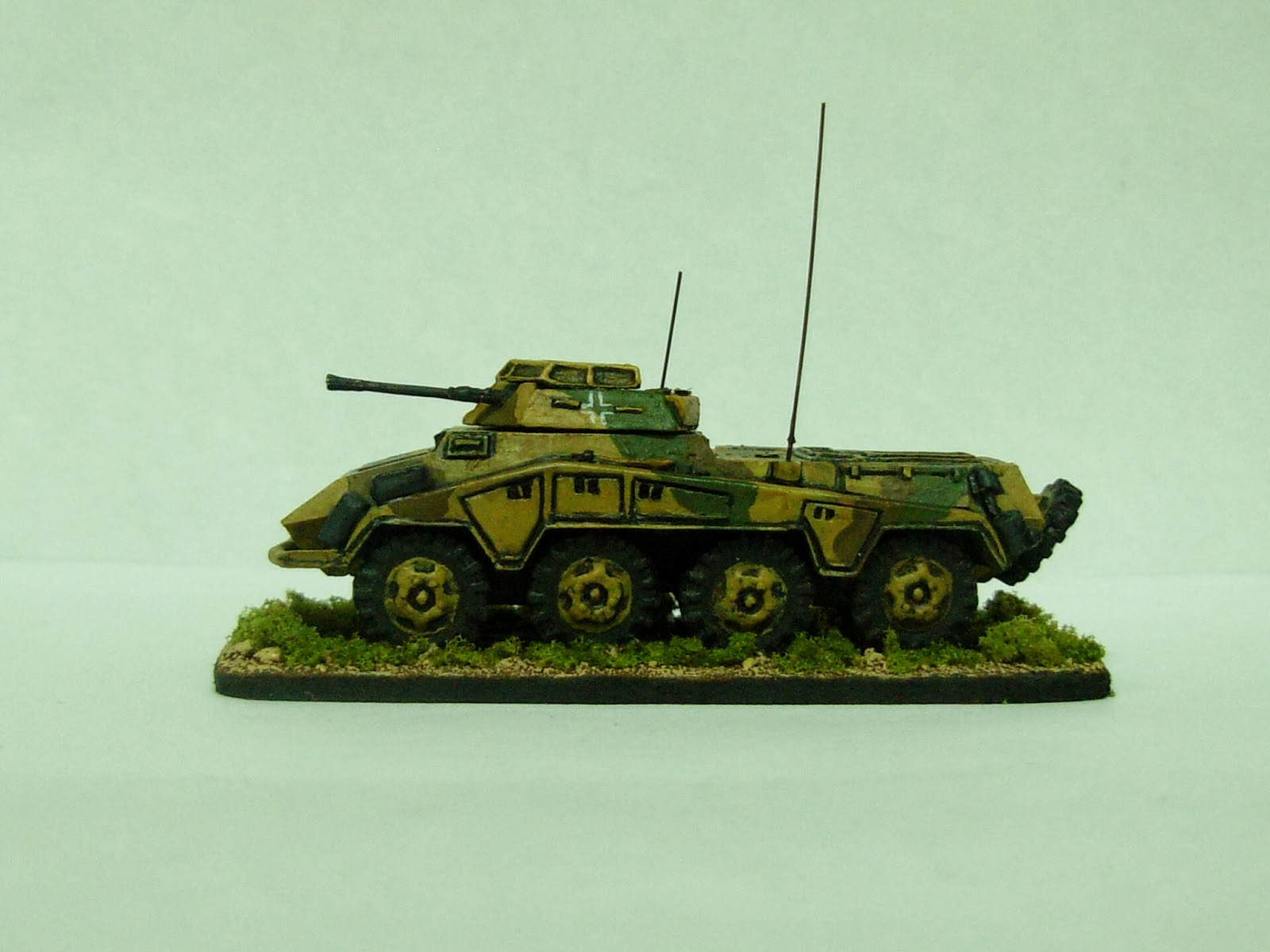 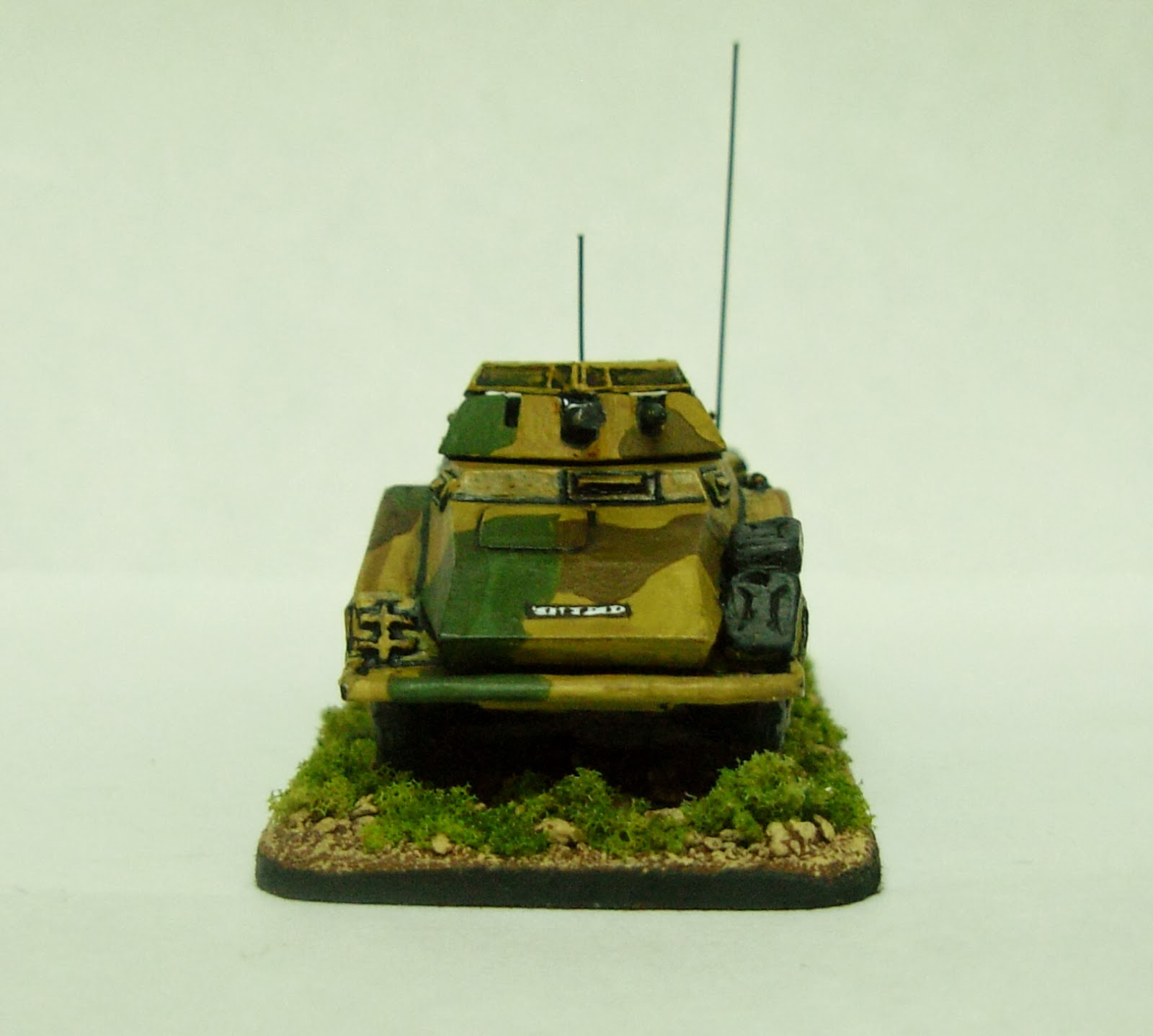 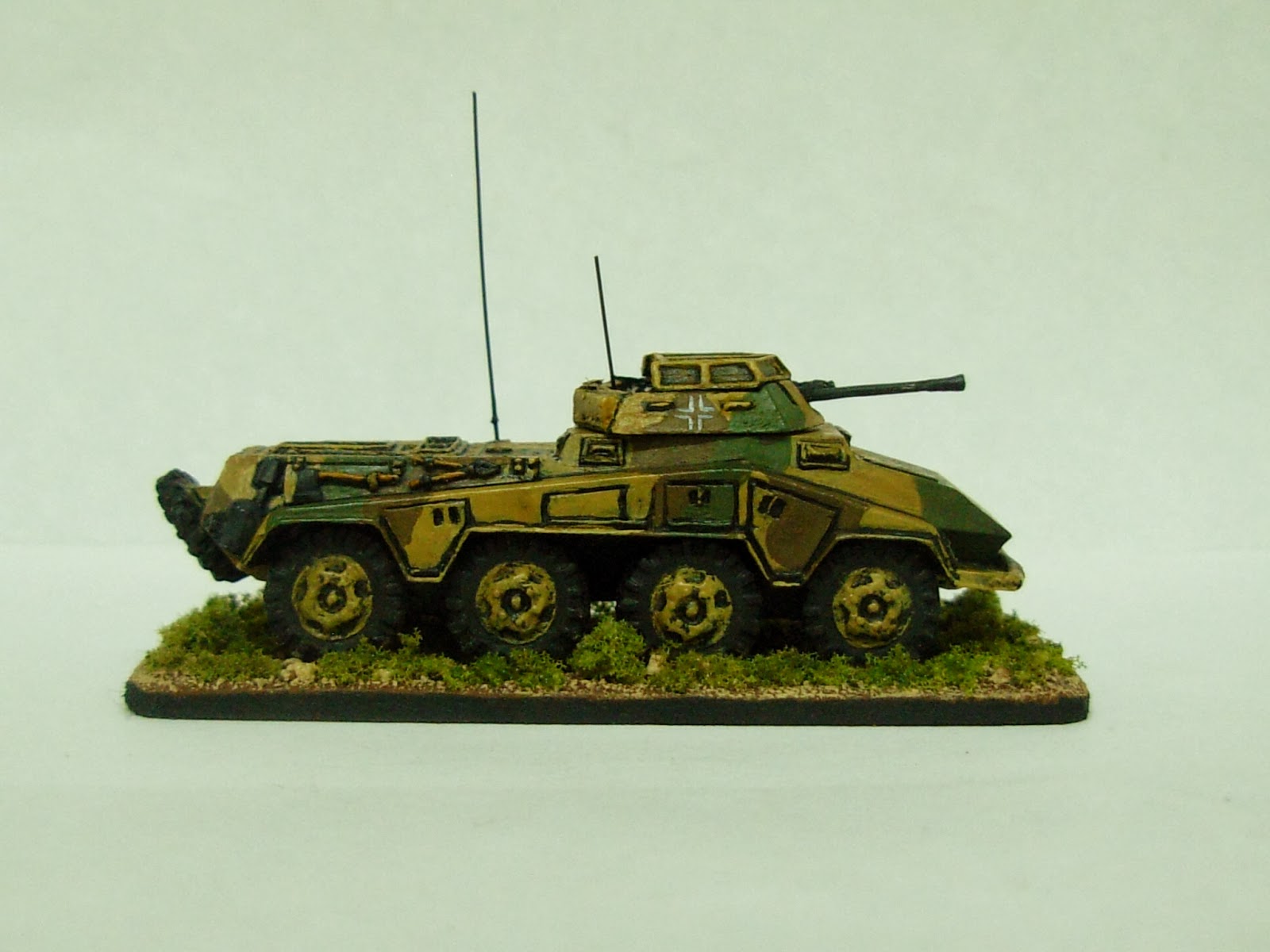 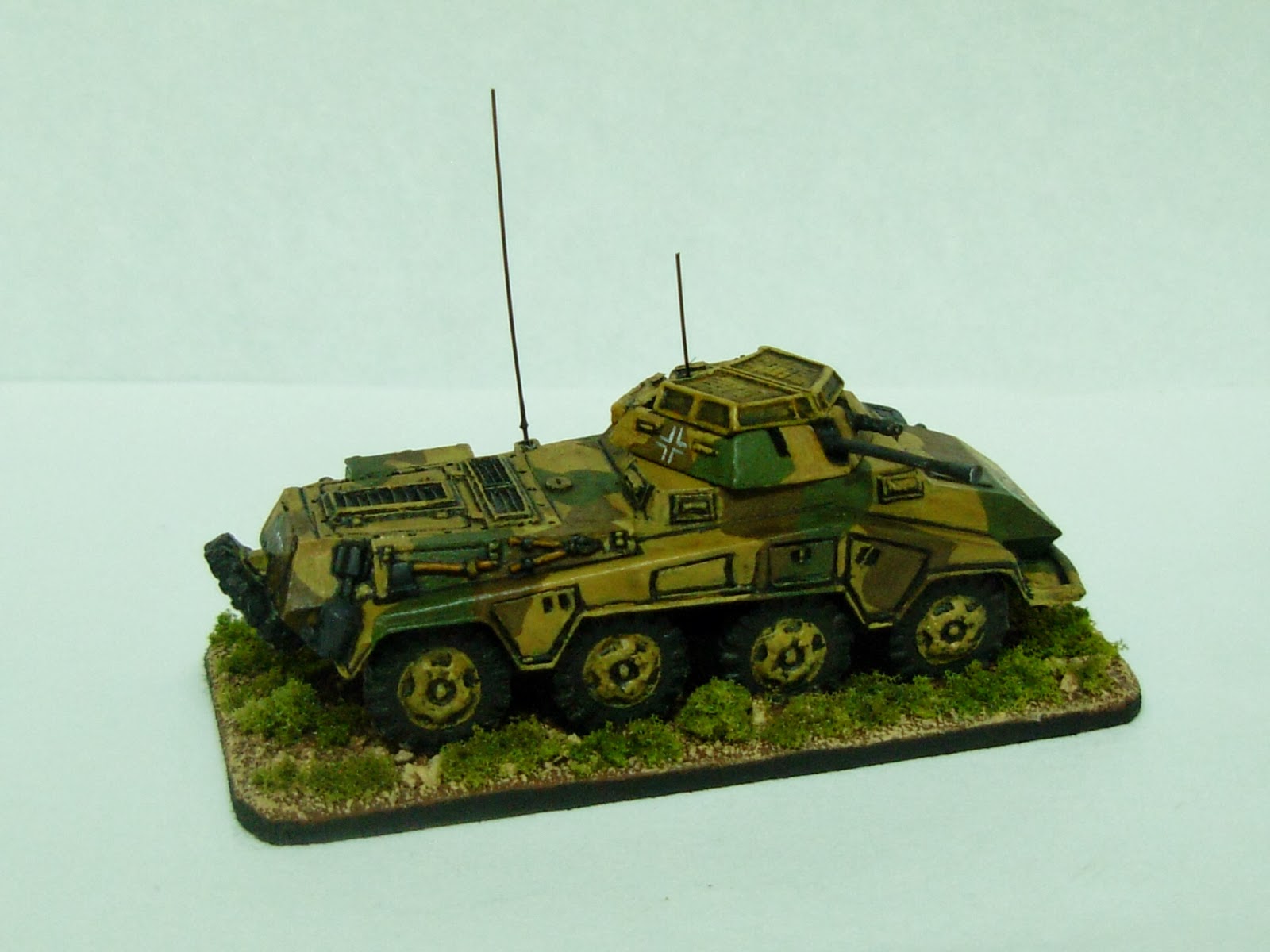 Sdkfz 234/2 PUMA.
An up armoured version, with a fully enclosed turret, armed with a 50mm AT gun 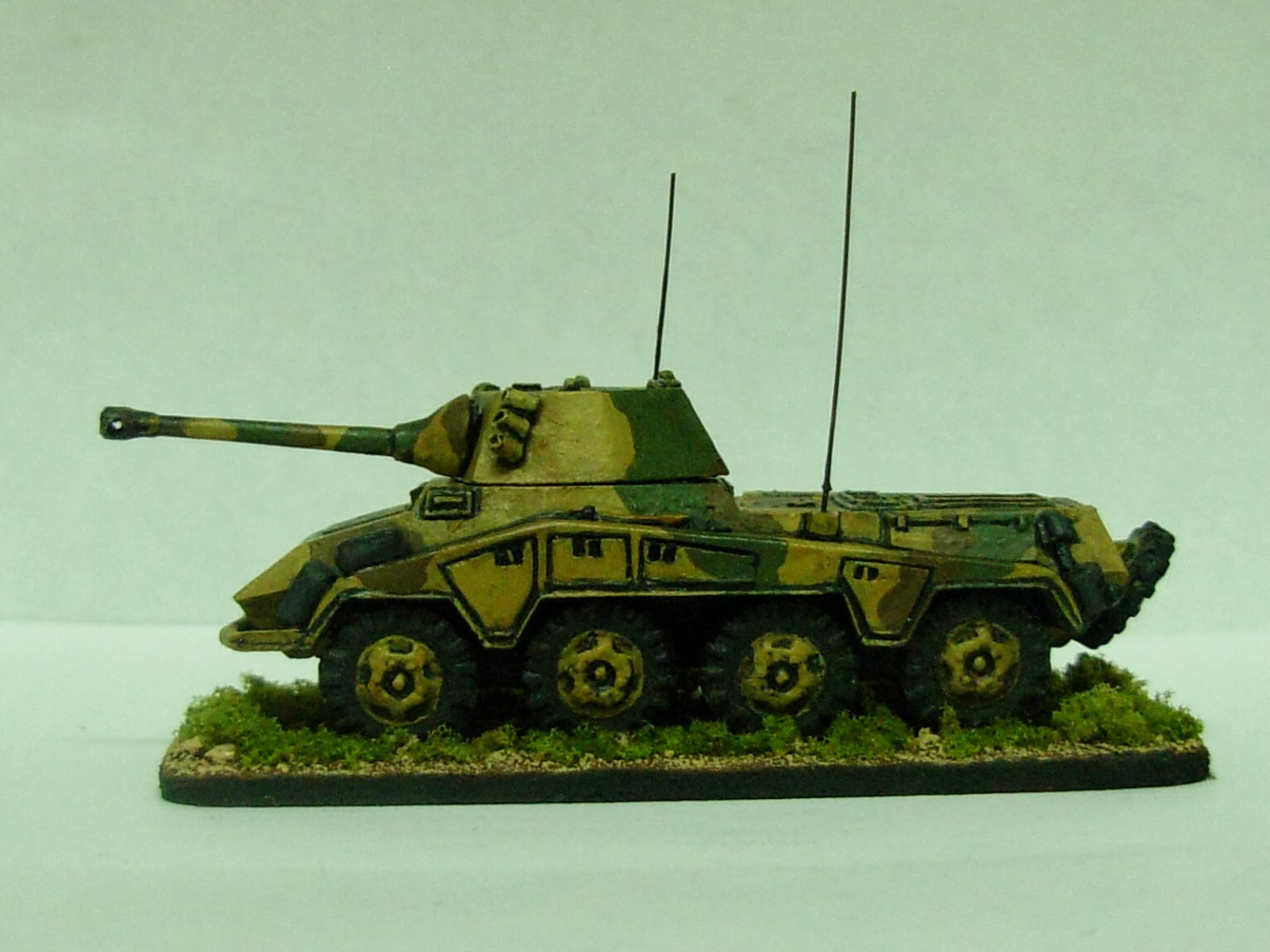 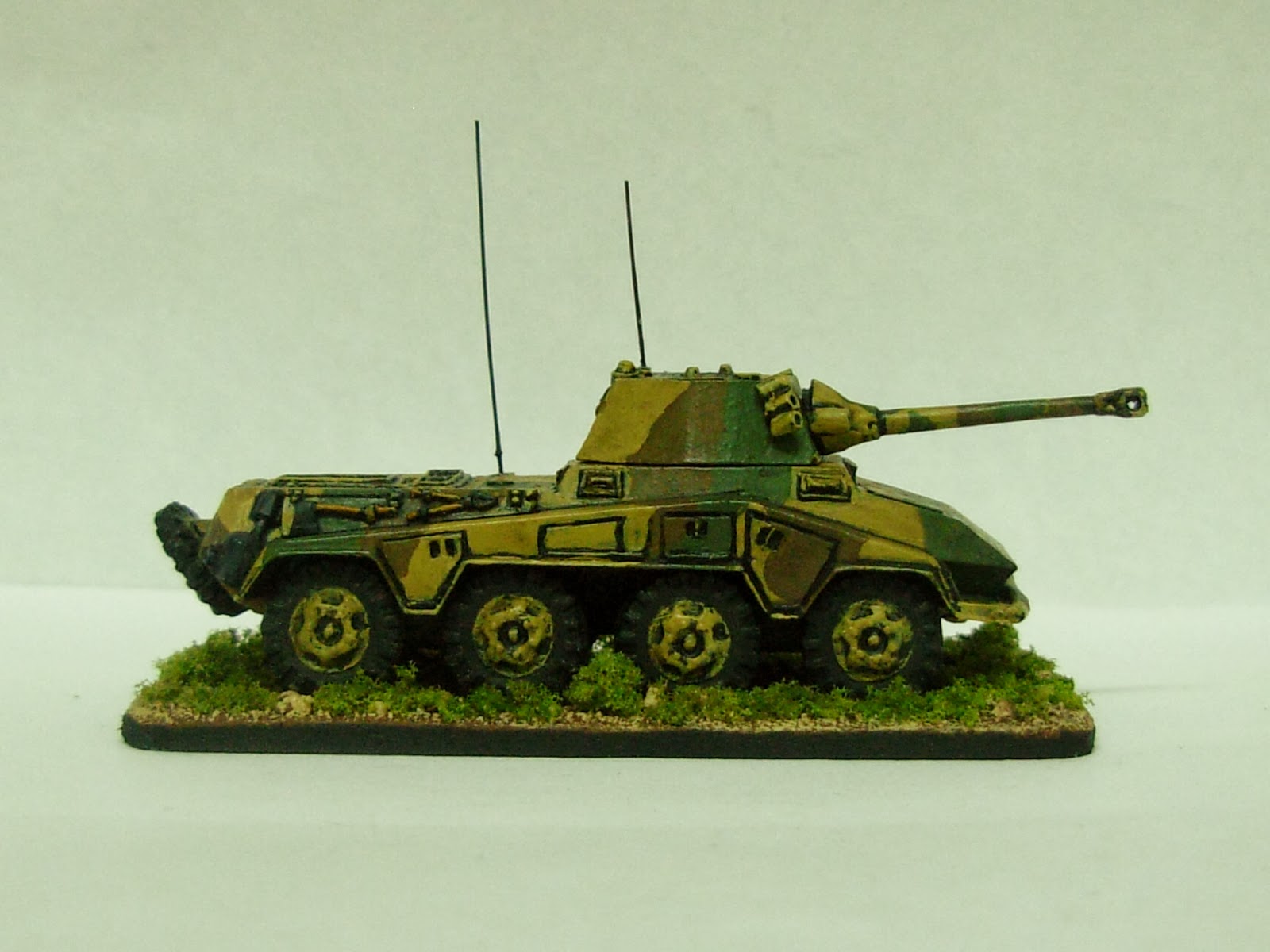 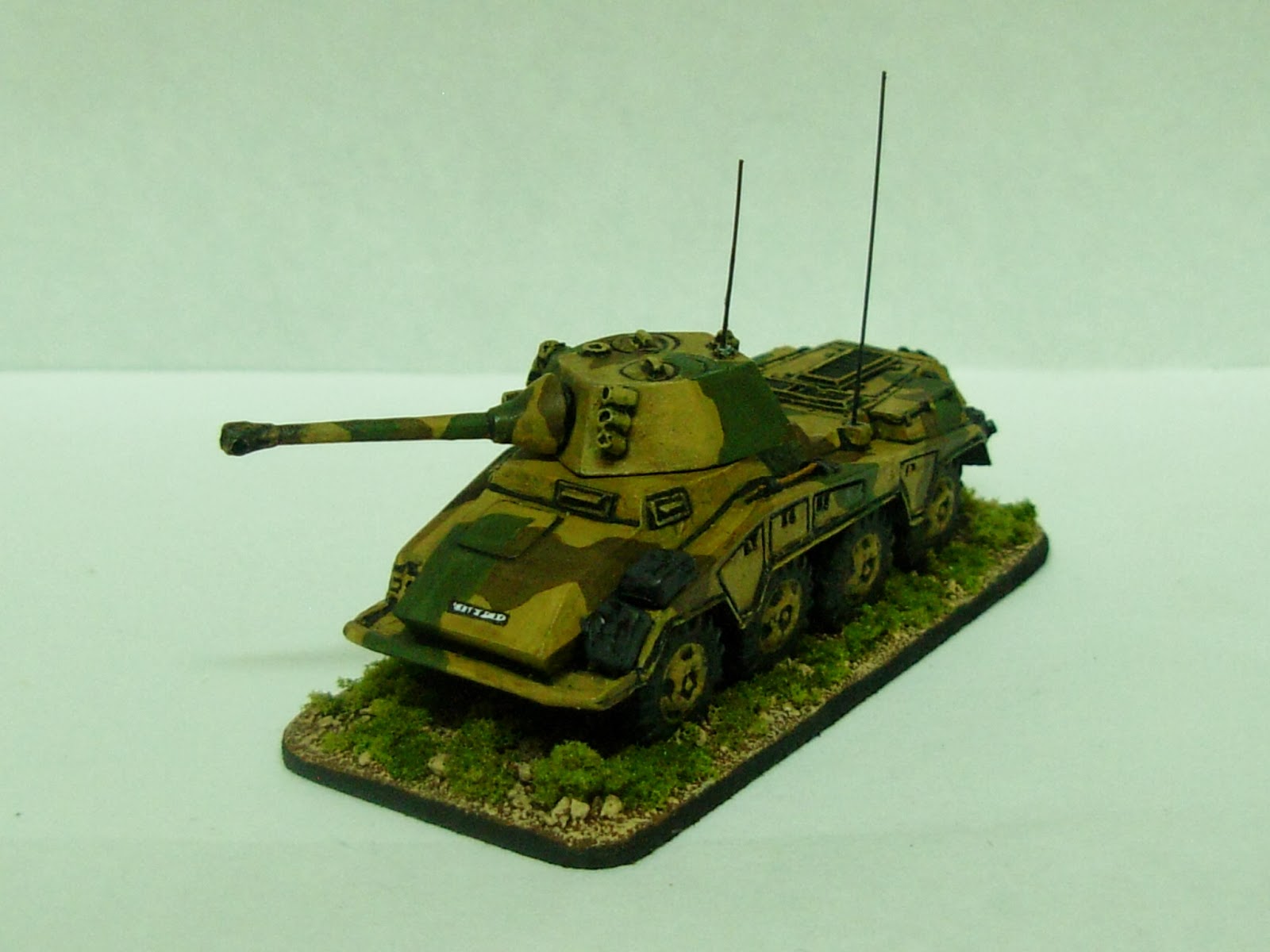 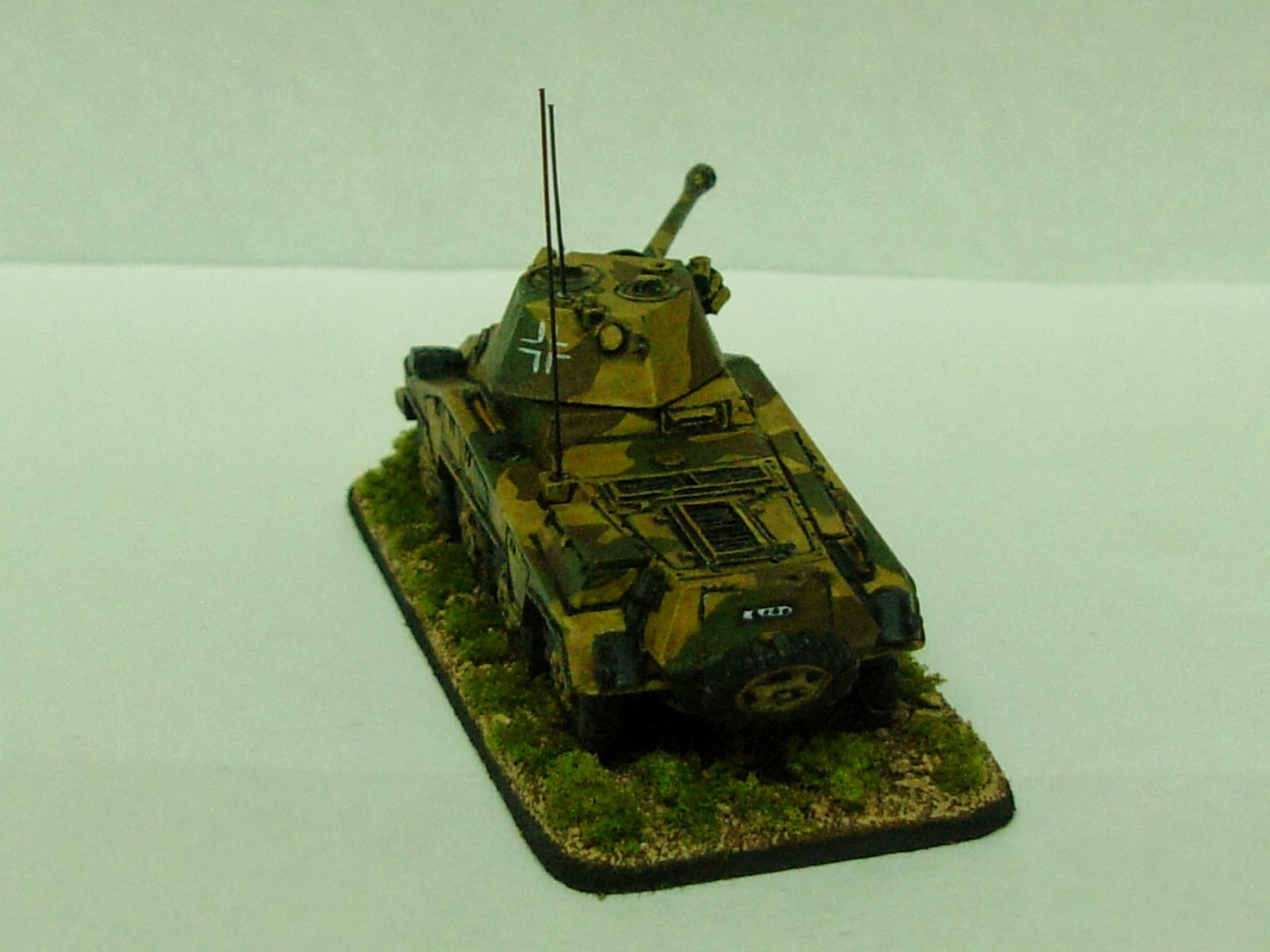 I really enjoyed painting this one, a great model, Battlefront (FOW) get quite a bit of stick but in all fairness, their models are pretty bloody good.

Next up I will be painting up my Panther, and I will have to have a go at the ambush scheme.

Anyway, thanks for looking,