I got these two bases done a little while ago for my Crusades army for Impetus. I have rebased the 2 command stands that I made up for Hail Caesar as ive decided that Impetus is the game that ill be playing. 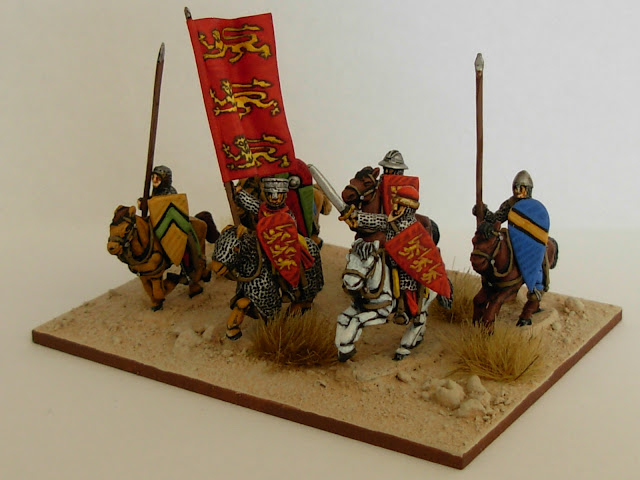 Here is King Richard, based as Crusader Knights, with general. This is another Crusader Knight base, with an attached General, this time with Henry of Champagne in command. 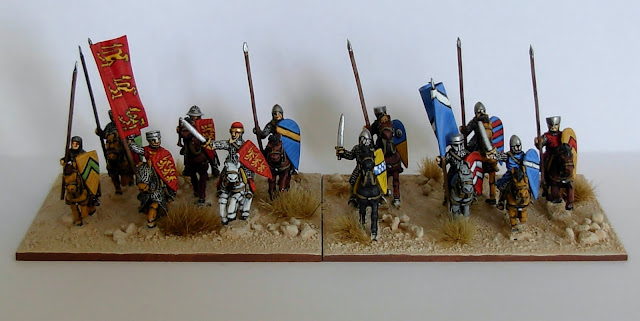 All I have left to do now are 2 bases of Turcopoles and 2 bases of foot skirmishers with bows, and the Crusader army will be done.

All my Crusaders can be seen here - CRUSADERS

In other news I have nearly completed my Rapid fire Waffen SS army, and I have finished my Soviet army which is massive, and includes 9 infantry Bns with attached support in the form of AT guns etc, and a tank brigade with a heavy tank Bn attached as well as artillery and tank destroyers etc.... Pics soon.

Cheers for looking,
Steve
Posted by Stig of the Dump at 17:22 14 comments:

40k Legion of the Damned and Deathwatch marines for sale!

My mass clearout continues, this time it is 2 squads of specialist Space Marines in the form of my Deathwatch Kill team, and the Legion of the Damned marines.

I have hesitated for a while about selling these, because I still kind of like them, but they have never been on a gaming table, and they were painted and put in a box well over a decade ago! Time for a new home I think....

The Deathwatch can be seen on the blog HERE

The Legion of the Damned 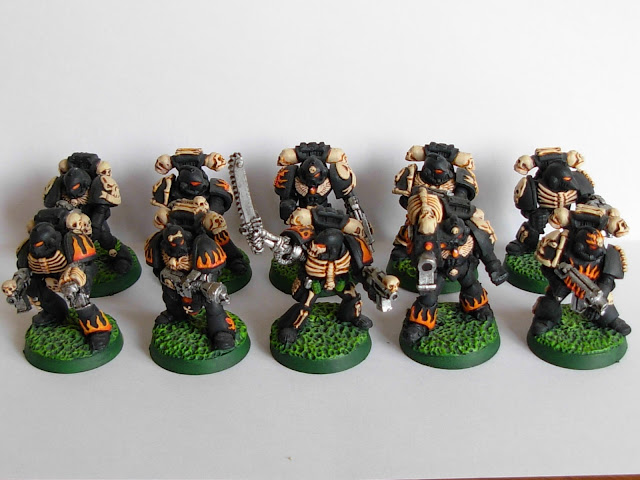 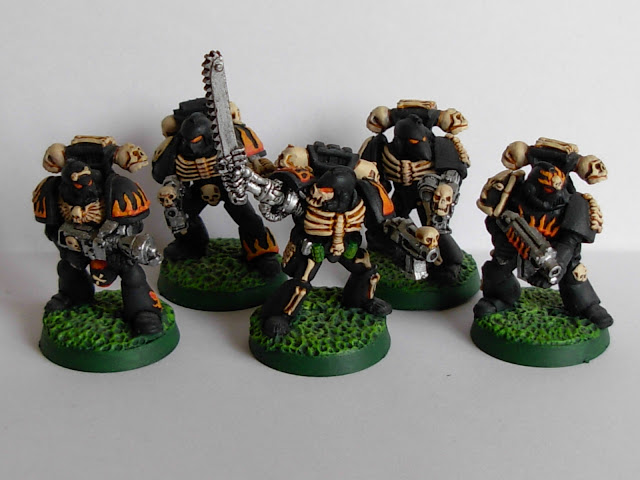 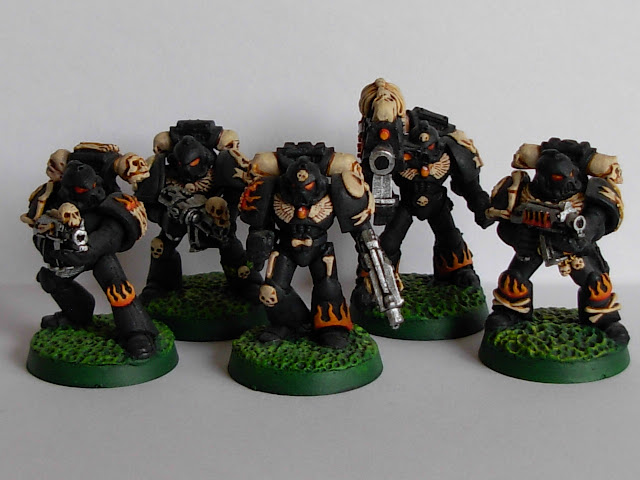 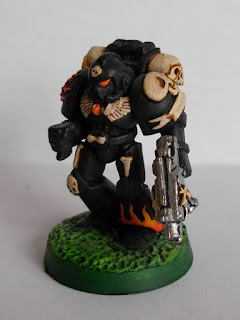 I really enjoyed painting this squad!

Thanks for taking a look,

Myself and Stuart had our first test game of Rapid Fire last week, it pitted 2 soviet rifle Battalions supported by a few anti tank guns with 4 T34/75's in reserve against an Armoured SS Pz Grenadier Battalion, supported by an assault gun company (2 x Stug IIIG)

The game played pretty quickly, and there weren't may occasions that we had to check the rule book, mainly the checking was to do with direct HE firing for some reason....

Anyway, the Pz Grenadiers made some headway against the Soviets at first but casualties were heavy, including the Bn CO who was taken out early on. Once the T34's arrived they destroyed both Stugs pretty quickly, and the SS lost their nerve and withdrew. The soviet rifleman who took out the command halftrack with his anti tank rifle was the star of the game (jammy dice rolling). 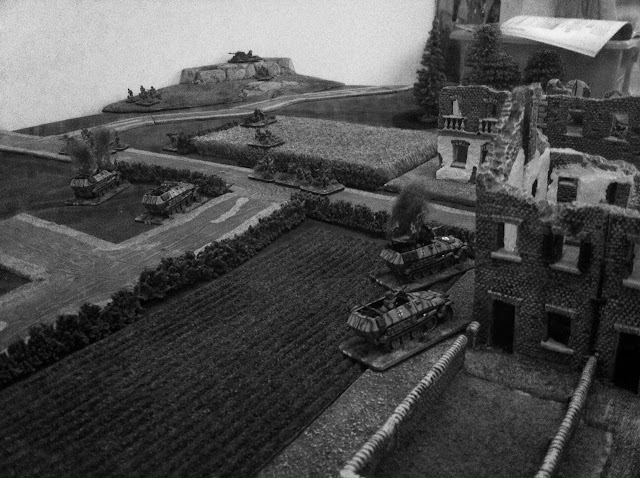 In the foreground you can see the Bn HQ halftrack burning, and another burning halftrack on the far left, The soviets can be seen emerging from the wheat field, outflanking my forces. 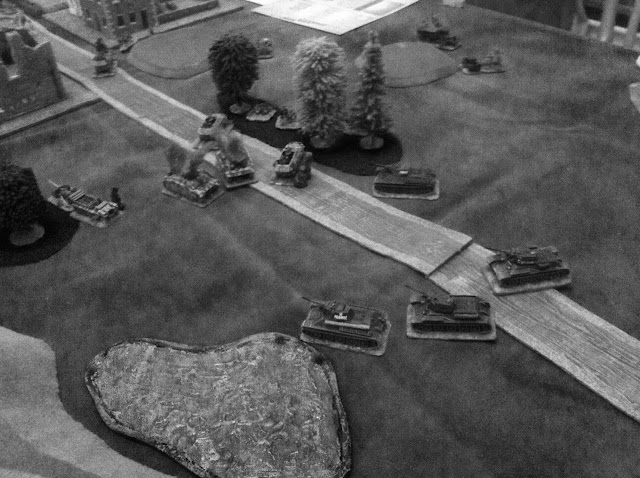 Heres a slightly blurry air reconnaissance shot of the T34's mauling my Stugs and halftracks, the 50mm Pak 38 is being hastily towed into position to try to hold them off... It didnt work!

All in all it was a very enjoyable game, nice and simple with plenty of toys on the table. Next game will be a bit bigger, with more armour!

Hopefully in the next few days ill have another Soviet rifle regiment finished off, as well as a tank brigade. The SS forces have also been sorted out/expanded as well so ill get some pics of those up soon too.