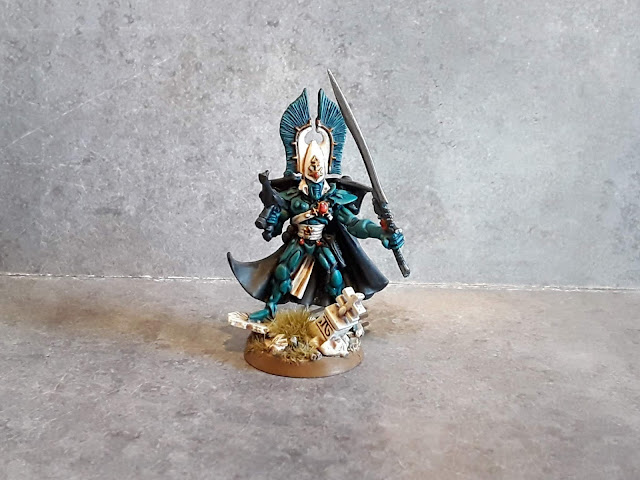 I collected an Eldar army way back in the early 90s when I was but a youth. Since restarting my 40k addiction last year I have tarted them up somewhat. There were lots of broken models, all chucked in a box, and left for years. Ive always liked the models so it seemed a shame. 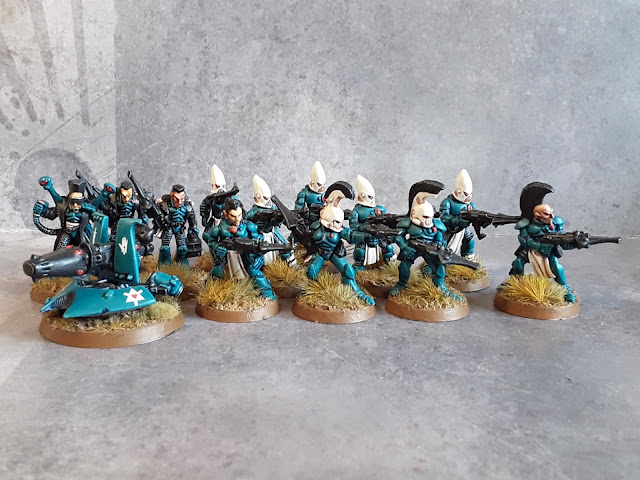 The mainstay of the army are of course the guardian squads. Mine are made up of very old metal miniatures from the late 80's and early 90's. 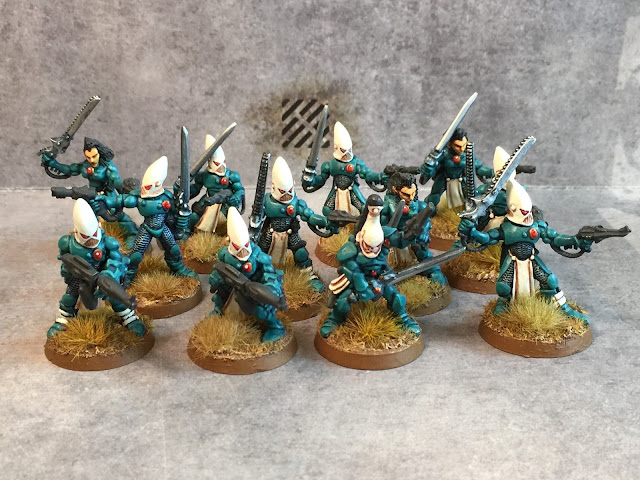 Supported by war walkers and a wraith lord. 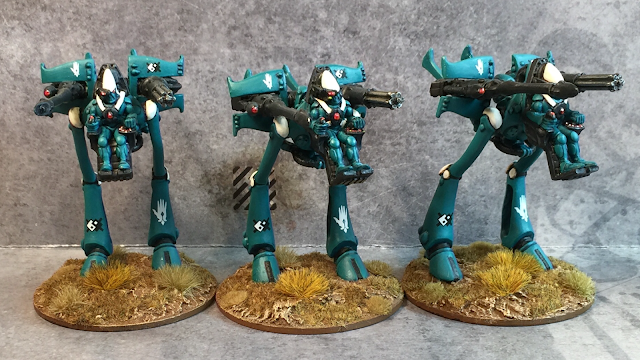 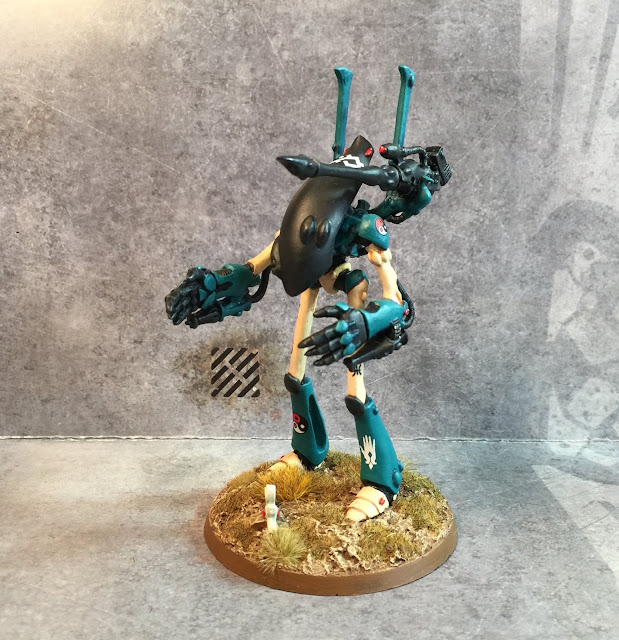 Leading them in battle are the farseer and warlock conclave. 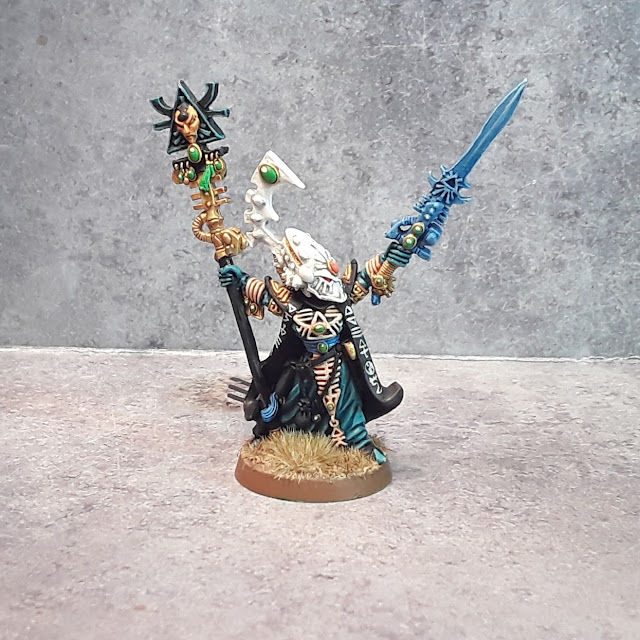 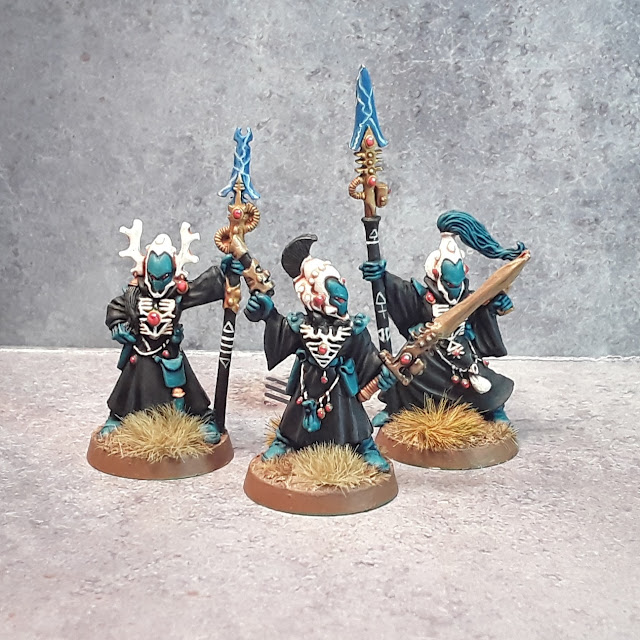 Of course no Eldar or Aeldari as they are called these days, would be complete without Aspect Warriors. 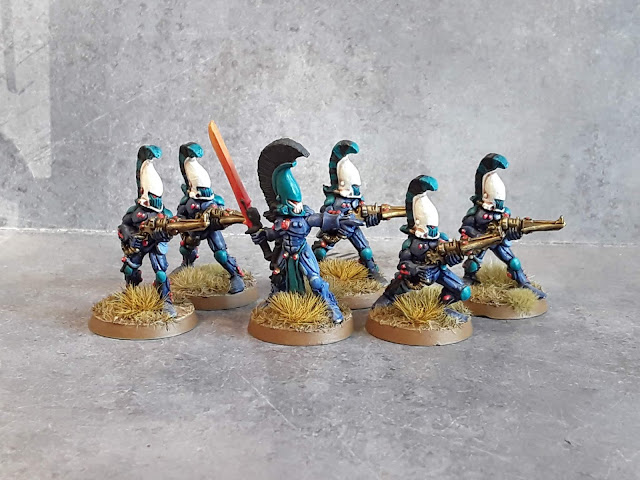 The most common type are of course the Dire Avengers, led by their Exarch. 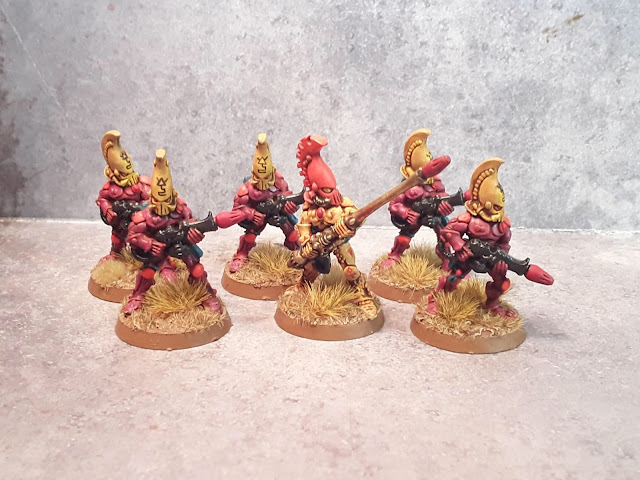 Next up we have the Fire Dragons. Led by their Exarch with his fire pike. 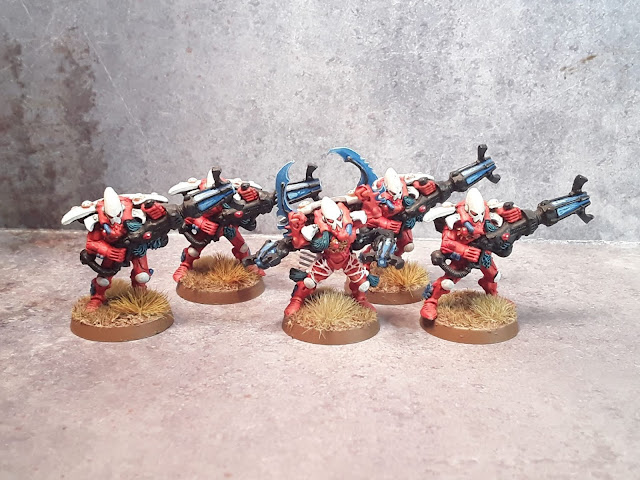 Now we come to one of my favourite units, the Warp Spiders. 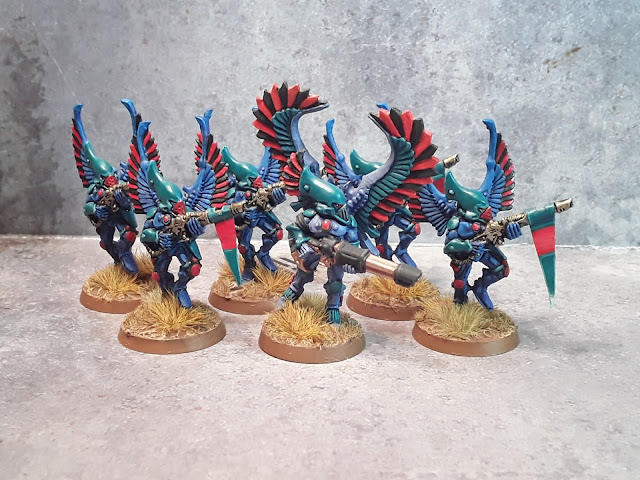 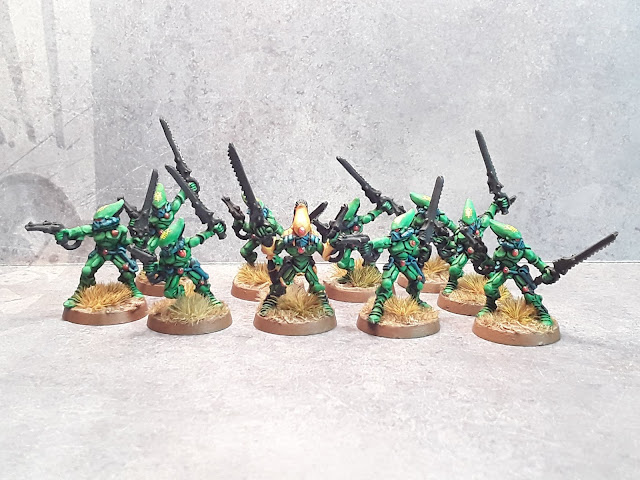 Striking Scorpions. My largest Aspect squad, useful as bodyguards for my characters or to be left lurking in the shadows, waiting to strike. 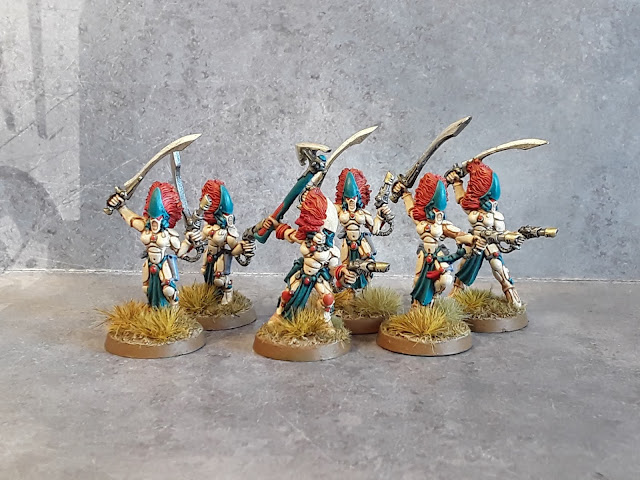 The Howling Banshees are another really iconic and cool unit. 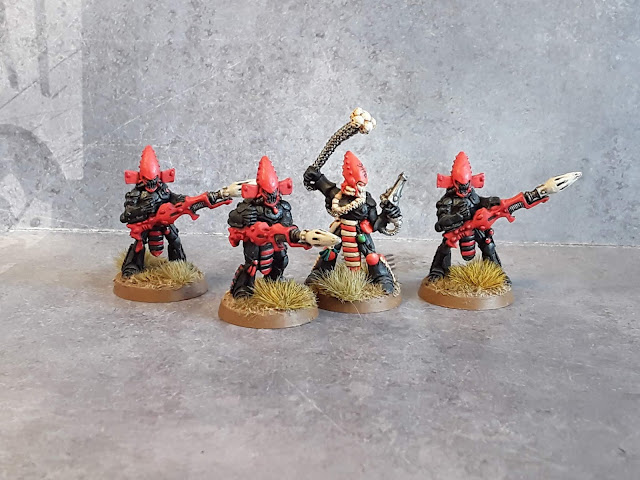 My old Dark reapers. Led by their Exarch with his web of skulls! 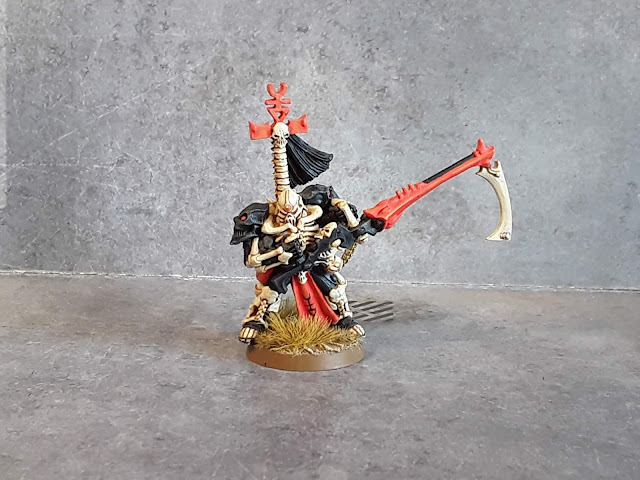 Meghan Ra, the Phoenix lord of the Dark Reapers. A beast at range and no slouch in combat either. 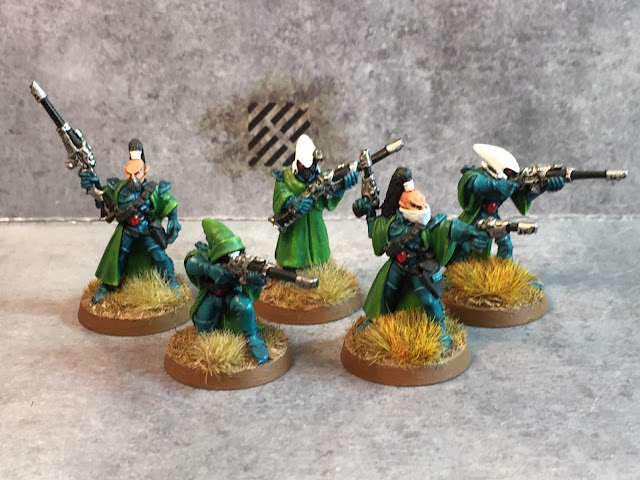 My Rangers provide a bit of fire support with their Ranger long rifles.

And to finish off this little showcase of some of my oldest miniatures... 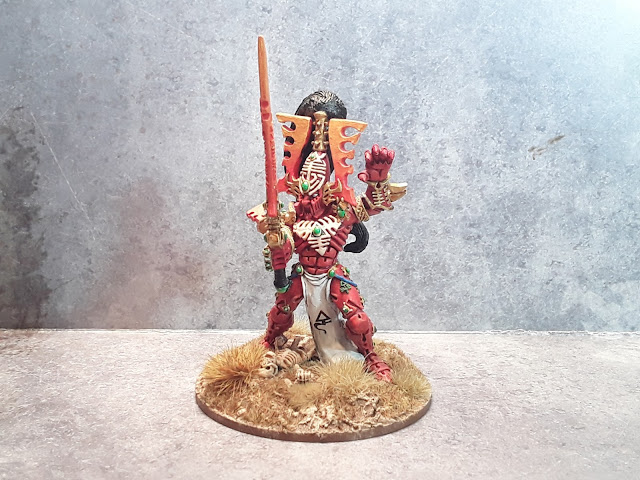 The Avatar of Khaine,  the bloody handed God.

I hoped you enjoyed this litte stroll down memory lane, thanks for stopping by and taking a look,

I have recently finished off my Valentine tank for the western desert. 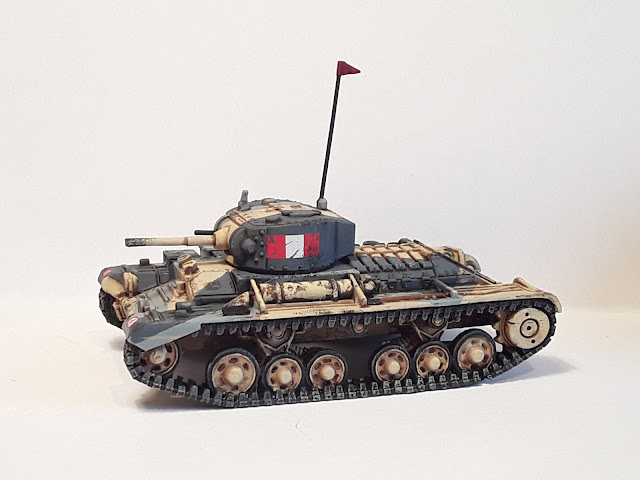 I have continued with the Caunter scheme as I really like how it looks.

For markings I have taken a bit of artistic license once again, but after spending a few hours online and looking through my books, it seems almost haphazard how tanks were marked up in the desert.

So I went with what looked cool. 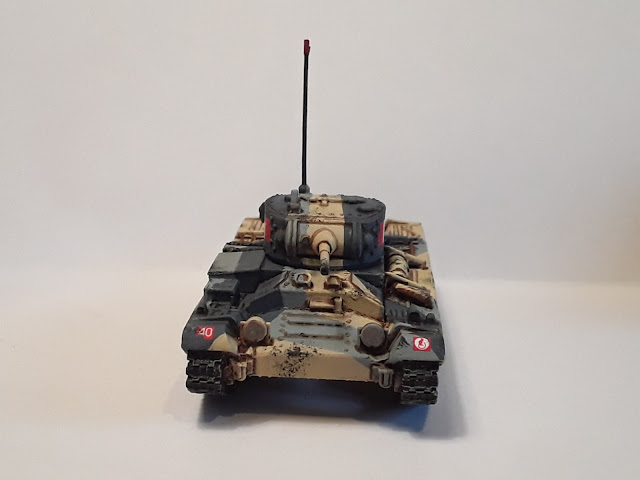 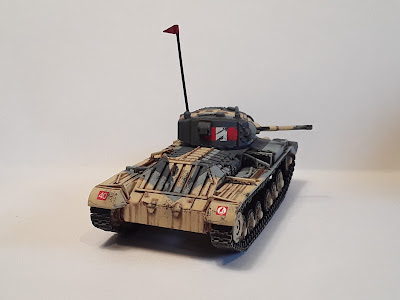 This is a resin model from blitzkrieg miniatures,  but purchased from the Perry miniatures website.

A solid chunk of resin, and minimal clean up meant that this tank was completed in a single evening. 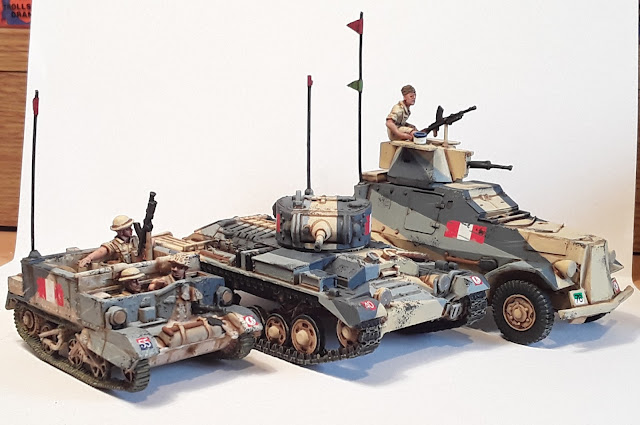 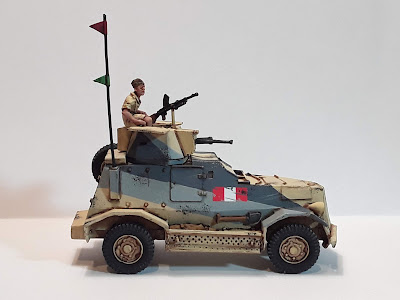 Apparently it was very well liked by the crews, as it was reliable and easy to maintain. 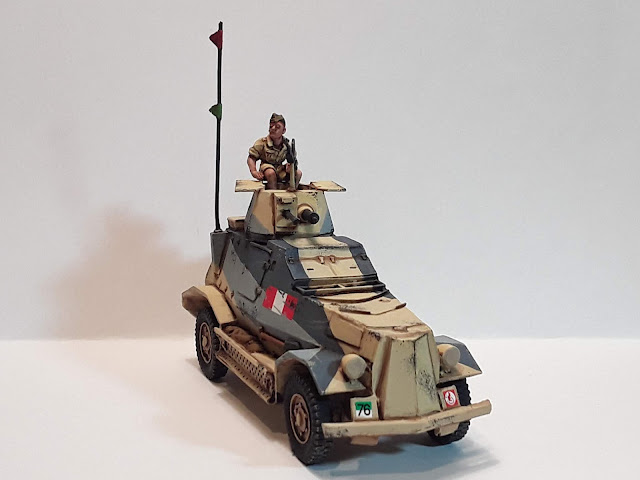 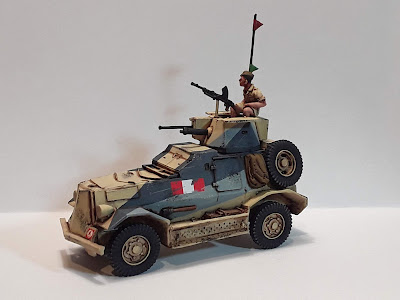 This is an excellent model from Perry miniatures.

Again I have painted it up in the earlier caunter scheme, and taken a bit of artistic license with the markings. 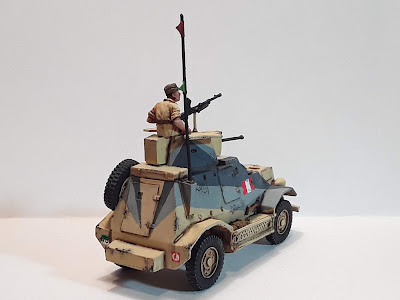 So there we go, another step closer to finishing my 8th army project for bolt action.

Thanks for stopping by, 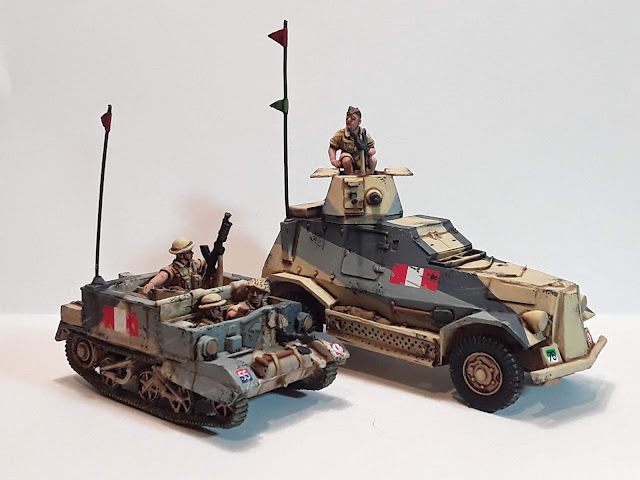