In my ongoing quest to get a game, I have painted up a small (1000pt) epic Tau army using the excellent miniatures from Onslaught.

Me and James are going for 1000pt games of Minigeddon, just to learn the rules as I add to the Tau forces, then we can get in some bigger games shortly. 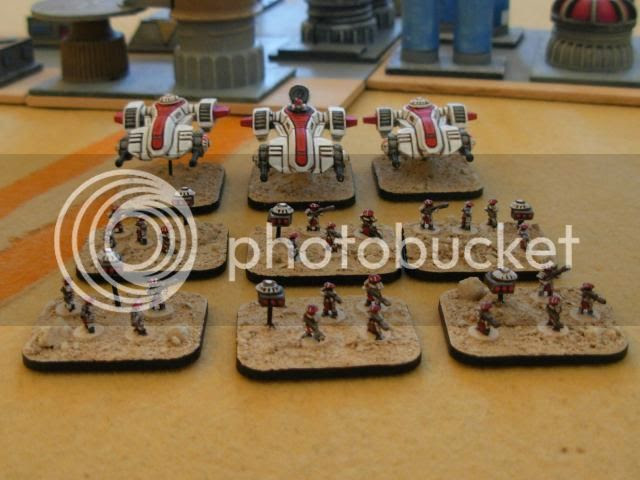 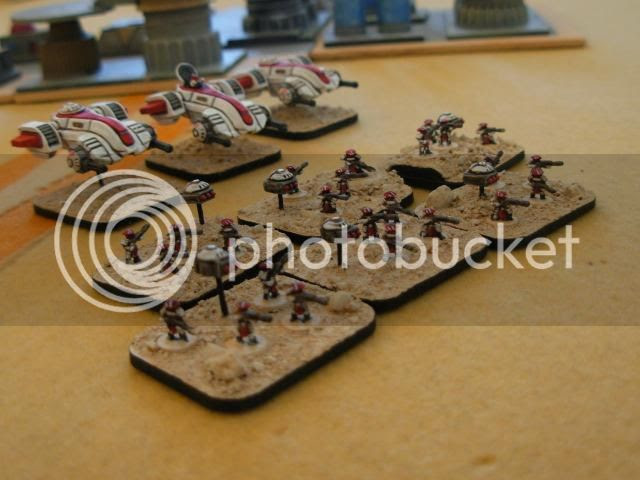 These are the basic foot sloggers in the army, I had spare missile pods from the vehicles so used them as little Tau drones....

I have tried the multi level basing on these as well, im quite happy with how they have came out. 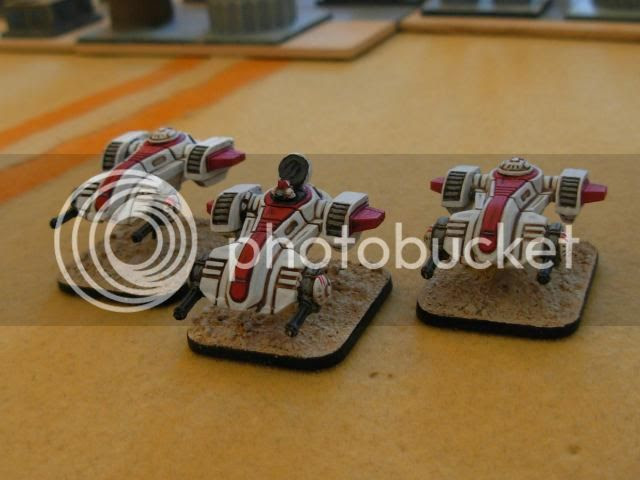 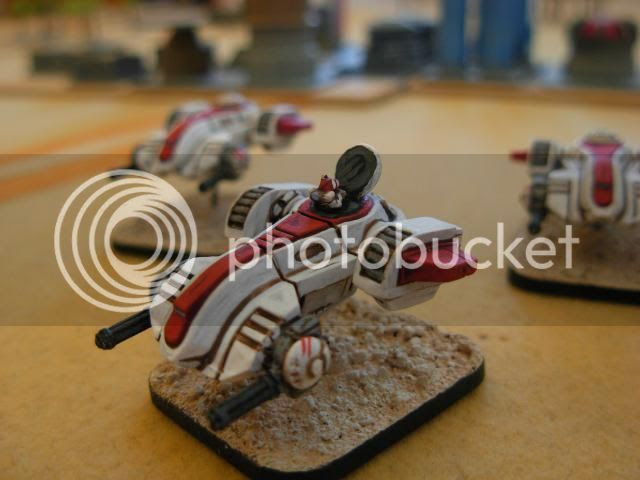 A closer look at the transports, these are Baku (devilfish) APC's. I have converted one to include a commander looking through his binos... 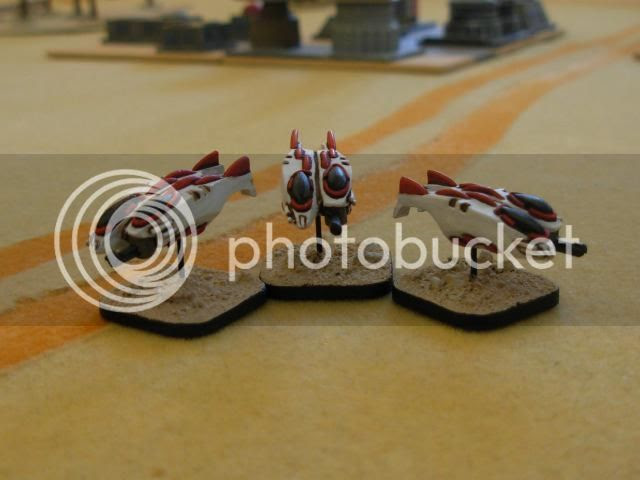 These are Dark Realm Miniatures Kraytonian skimmers, I have used them as Tau Tetra recon craft. 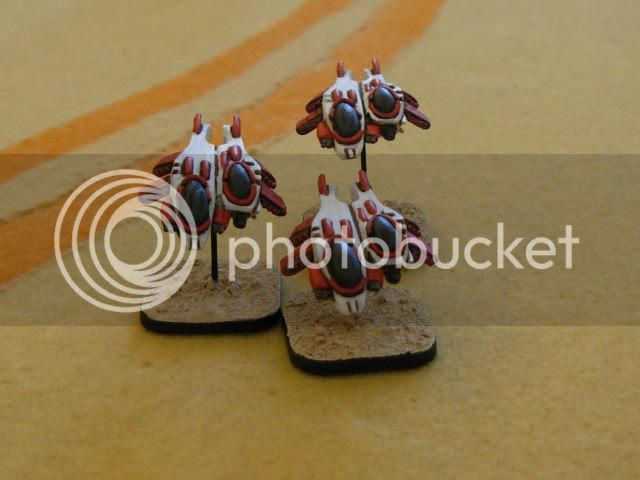 More DRM skimmers, this time more heavily armed, these are standing in for Piranha light skimmers. 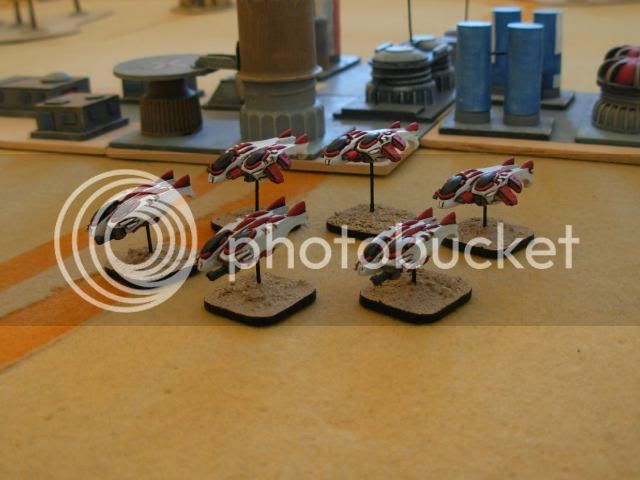 Heres a group shot of the Tau recon skimmer group. 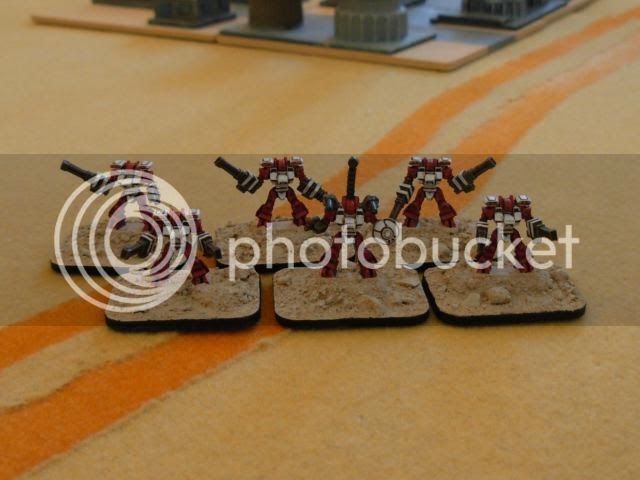 These are OTC heavy support rigs standing in as XV8 Broadside battlesuits. 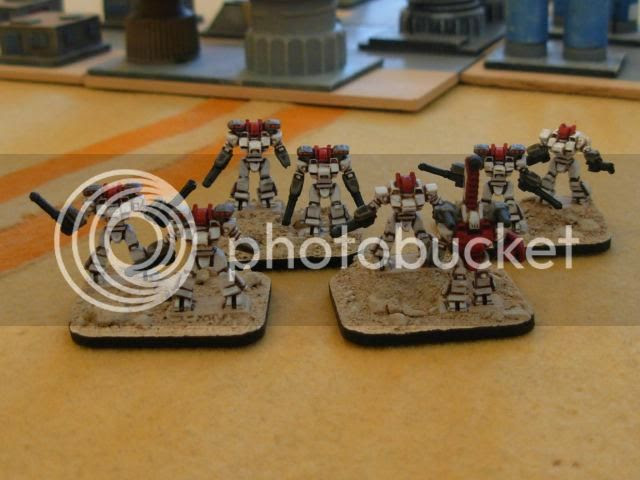 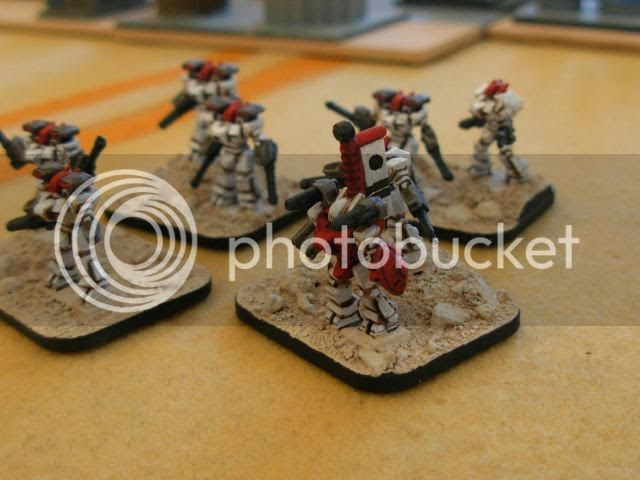 Here is the last unit, more OTC rigs, standing in as XV88 Crisis battlesuits, with an attached leader, a Shas'el commander.

I have given all the commanders Japanese looking symbols on their flags. 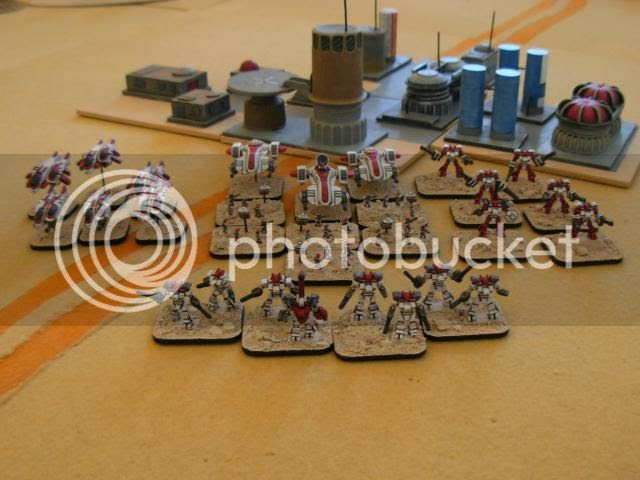 Here is the 1000Pts Tau army, there is alot more to add, including pathfinders, hammerhead gunships, loads more crisis suits and of course more fire warriors too.

Me and James had our first game today, unfortunately the Tau forces didnt fare well against the Marines commanded by James.... 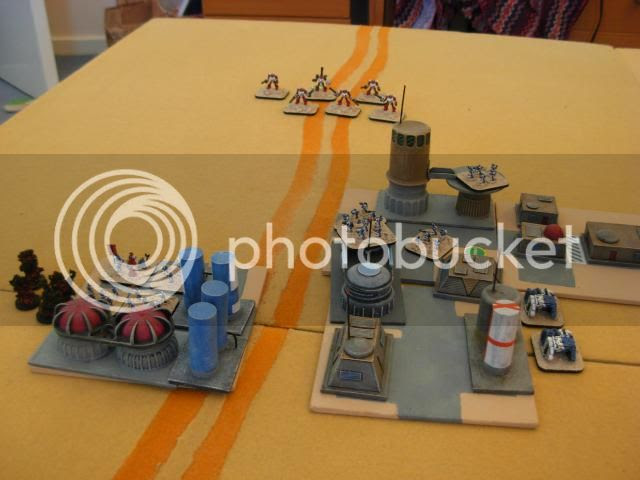 The situation at the end of turn 3 was grim for the Tau, with only the Broadsides left on the table, and almost certainly going to be gunned down by the marine devastators in the colony complex.... 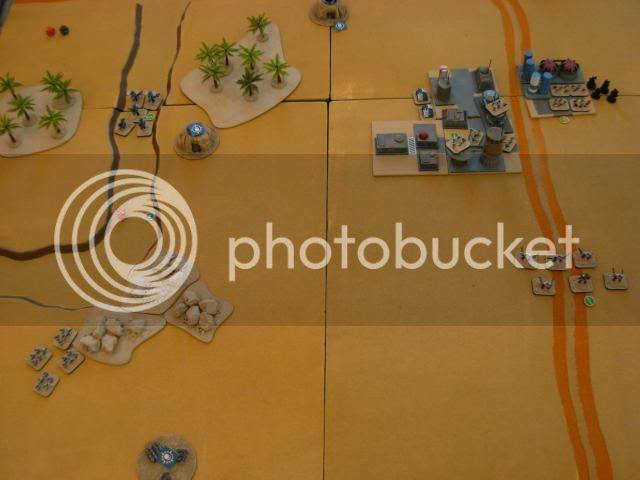 Alone and outflanked, the Broadsides beat a hasty retreat!

All my Epic stuff can be seen here - HERE

Cheers for looking,
Steve
Posted by Stig of the Dump at 16:44 2 comments: