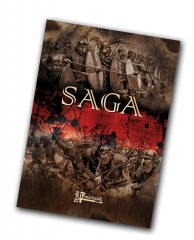 Everyone likes Vikings. When Gripping Beast released SAGA a while back, I immediately bought it, and collected a Viking warband.  I have to confess, I don't normally "do" 28mm.  Too big for me. Especially in a mass battle game. However SAGA is a skirmish wargame, so why not eh? 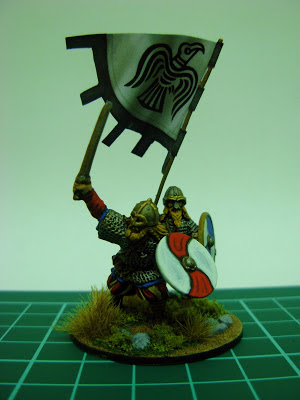 
The banner was made for me by Iain at Flags of war, and the standard bearer was a spare figure given to me by Jason over on the Grand scale wargaming blog. 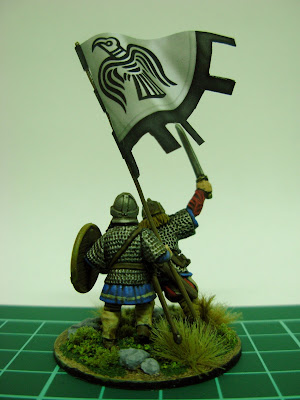 All the figures are Gripping beast. Really very nice figures.

I was surprised just how massive 28mm figures are, having spent a fair while painting 6mm stuff mostly.  it was a nice change to get back into painting, without having masses to get done for a large army.

12 of these guys, the lowest ranking troops in the warband.  Not great in combat, but they bulk the warband up, and provide a little bit of missile support. 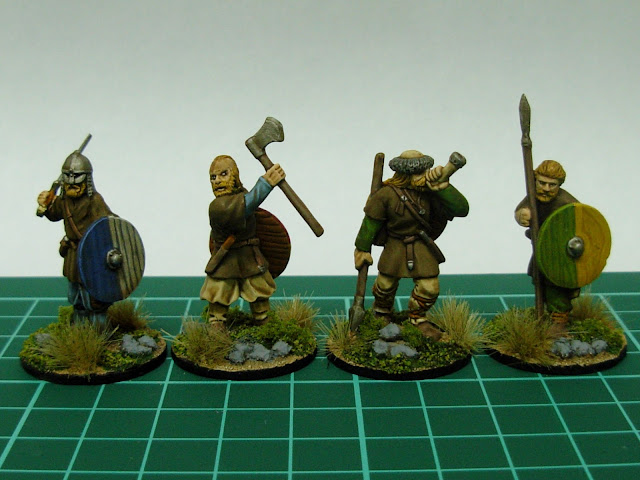 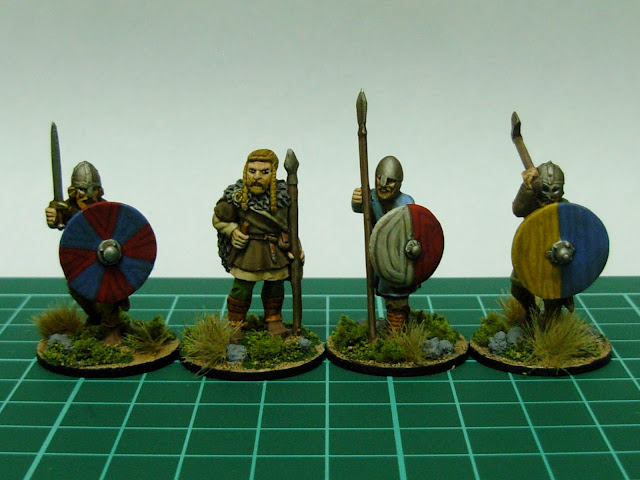 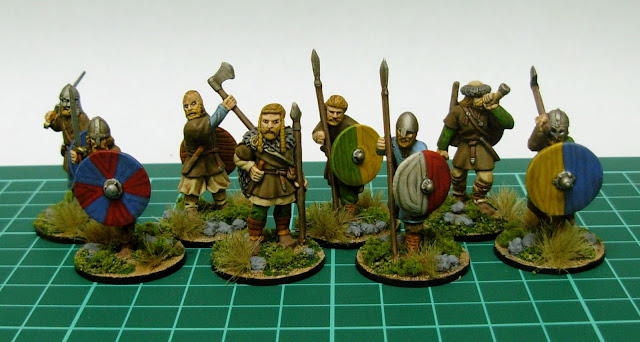 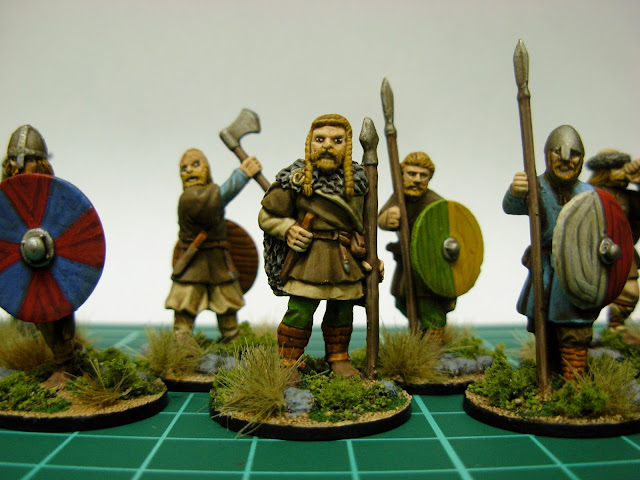 The Bondi are the rank and file troops for any budding Viking Warlord. Armed with a variety of weapons, wearing very little in the way of armour, but normally with at least a shield.  These are the poorer men, wanting to make a name and fortune for themselves. 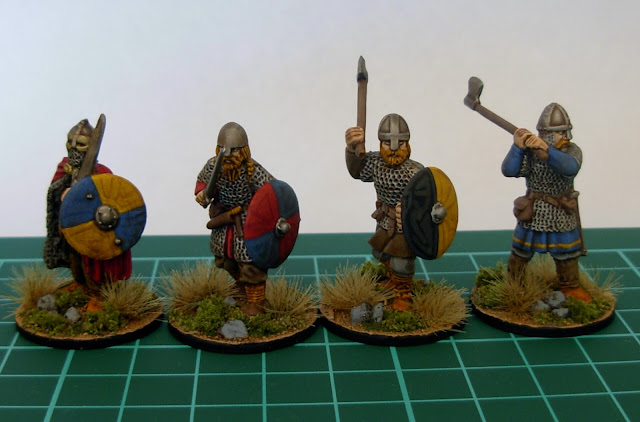 These are the household troops. With the best armour and weapons. Loyal to the warlord, these guys will lead the attack, and kick everyone's arse. 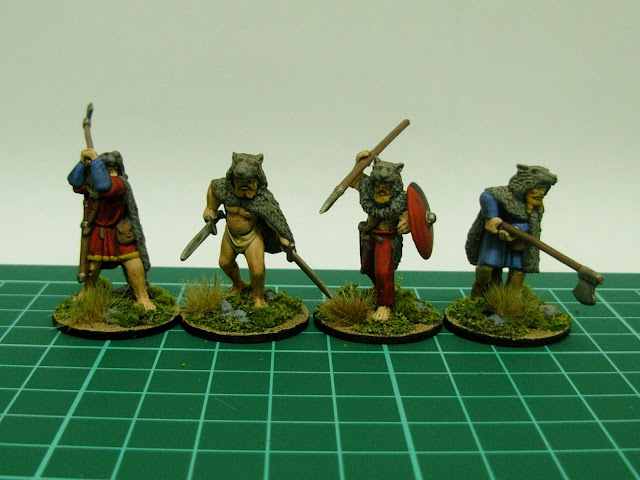 Angry men.  What they lack in personal protection, they make up for with berserk fury. Wearing wolfskin cloaks and with a variety of weapons, they should cause some mayhem.

King Harald, im not sure why he would be leading a small warband, raiding the British coast, but never mind all that, he looks the business.  A massive figure, more like 40mm than 28mm, but as a hero of the Viking age, its allowed.  The flag was done for me by Flags of war. (This is probably my favorite figure, and the best painted in my collection...I think...)


King Harald's personal body guard. Hard as nails, and half of them armed with double handed Dane axes.

The standard 4 point warband.  With the option of adding Harald, I could take it up to 6 points.

Watch this space for their opponents...The Anglo Danes.