The guys at westwind are running another Kickstarter, this time its the Early Imperial Romans and their enemies, the first kickstarter was a huge success last year, and they have funded the project and unlocked the first stretch goal, the Dacians within 24 hours! 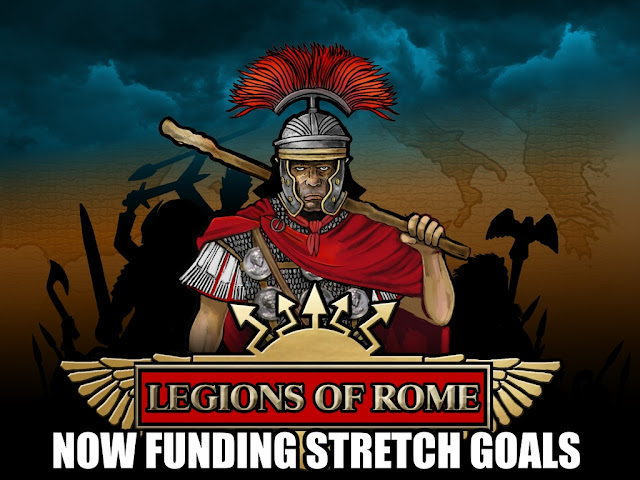 War and Empire legions of Rome

If your after a new 15mm ancient army, then id recommend you have a look!

Its been a while, here's some Epic!

Its been ages since I last updated the blog, I haven't been totally idle although my painting time has been much reduced for one reason or another....

To get back into the swing of things, I decided to paint up some Tau units for my epic army. 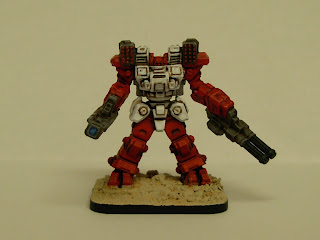 These Models are OTC Kaiju Mega rigs from Onslaught Miniatures. They are going to stand in as Riptide battle suits in my Tau army. 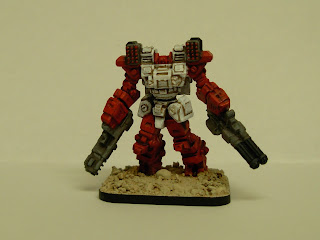 They are pretty large models, and come as multi part kits with separate arms and weapon options.

I have gone with a standard weapon loadout that matches the Epic Armageddon army lists. 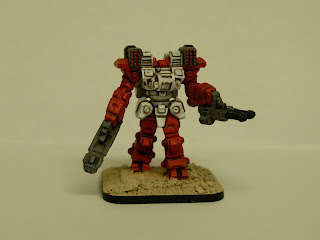 In the pack you get 3 different sets of legs, so each one is slightly different, and the torso is separate so can be posed differently.

Overall they are very detailed models. However putting them together was time consuming because it all had to be pinned together, separate arms, torso and weapons. 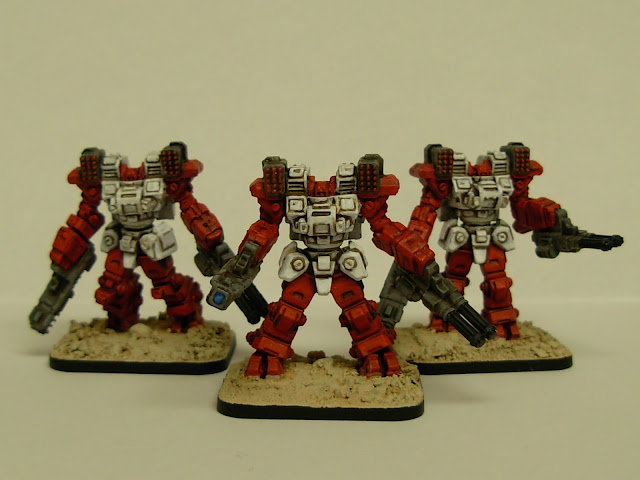 Here is the full formation together. 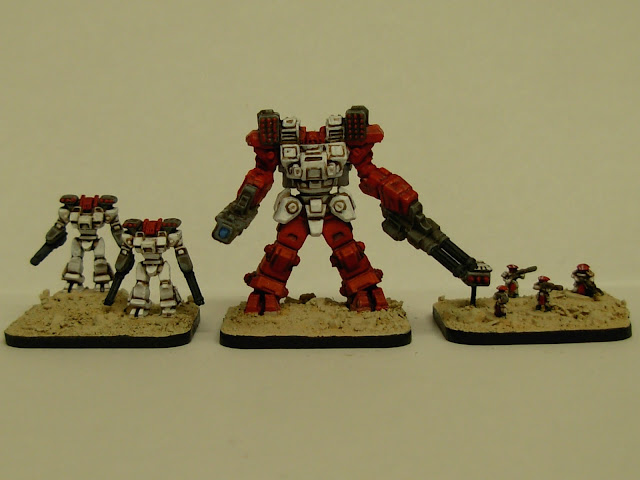 And here is a size comparison with some other OTC miniatures, standard battlesuits, Mega Rigs and  Infantry.

As you can see they are pretty big models, and as the Tau don't have any Titans, they are a good addition to the army, and pack a decent amount of firepower.

Anyway, Ill try and get something Historical painted up soon, but im moving house again very soon so it might be a while!