Ive been playing around with the blog a bit, and im quite happy with how it all works I think, so I thought id publish my first proper post.

I plan on adding all my recent stuff on here so apologies if it has been seen before, ill start with my most recent project, The Spartan army for Impetus. Click on the image for a closer look. 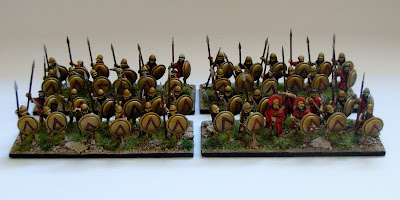 The Spartan Hopilites.  I only have 4 units of these for the army, as the Spartans were very much reliant on their allies and subjects in the later period.  I will be adding 2 units of Perioikoi hopilites soon. 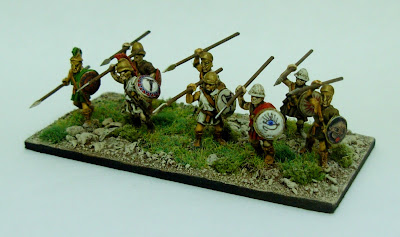 Mercenary Peltasts, these are light infantry armed with javelins, able to pretty much keep up with the cavalry and operate in rough of difficult terrain. 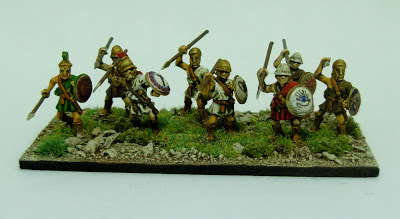 These are useful for protecting the vulnerable flanks of the Hoplite phalanx. 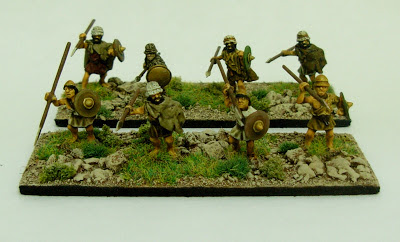 2 units of Javelin armed skirmishers.  Again, useful for protecting the flanks and operating in difficult ground, but in a looser formation.  Very vulnerable to cavalry! 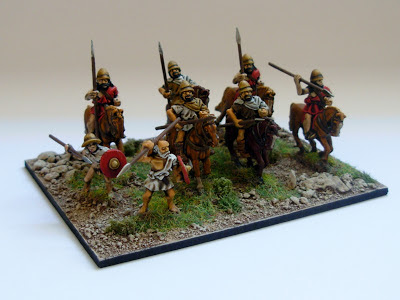 Spartan cavalry.  Reasonable cavalry, with attached Hammipoi.  the Hammipoi were  skirmishers that were trained to operate with and keep up with the cavalry. 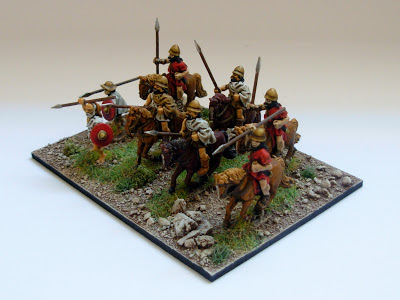 In game terms they just give the cavalry a little bit more punch in combat. 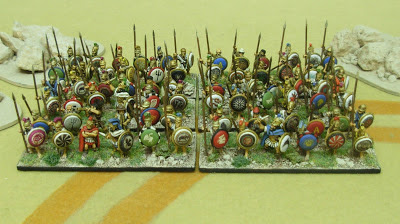 6 Units of Mercenary/allied hopilites.  These form the bulk of the army, and could be Lakemodian troops or mercenaries.  As manpower started to become a problem, the Spartans employed more allies, and mercenaries to bolster their numbers. 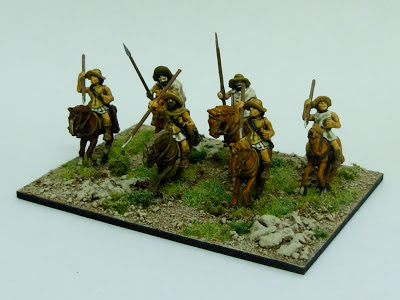 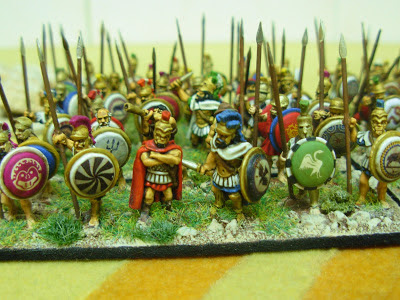 Allied Greek cavalry. Again, recruited from elsewhere, these will protect the flanks of the hoplite army. 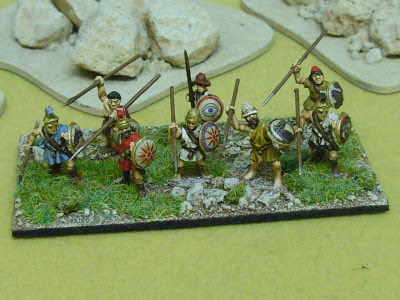 Another unit of Peltasts. 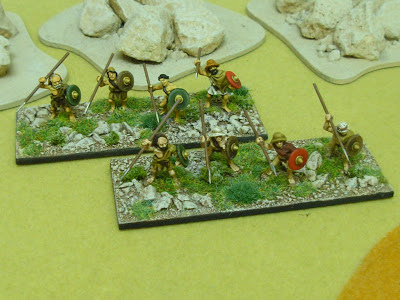 The complete army so far, i just need to add the perioikoi to the Spartan contingent, then the full 500 point army will be done.

While I wait for my perioikoi to arrive, ive made a start on my Persian army, so hopefully, some updates soon.

Link to the full army - LINK

This is the latest incarnation of my blog.  My other blog, hosted on 6 sided has become very cluttered recently, and I thought id try out blogger.

I will keep my 6 sided blog for the time being, but ill have a go with this one, and see where it leads me.

I much prefer the functionality on blogger, what with friend connect and followers and stuff, not to mention the blog list that gives me updates, so now ill know when my favourite blogs are updated.

More updates when i have figured things out!