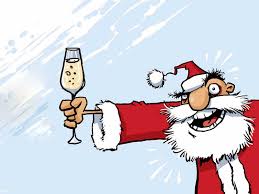 Merry Christmas and a happy new year!
Posted by Stig of the Dump at 14:31 1 comment:

I dont like to blow my own trumpet too much, im not the greatest of painters by any stretch but its always really nice when someone publishes a picture of your miniatures.

So Lorenzo Sartori, author of Impetvs, Baroque and now Basic Impetvs among others has just released the new rulebook. 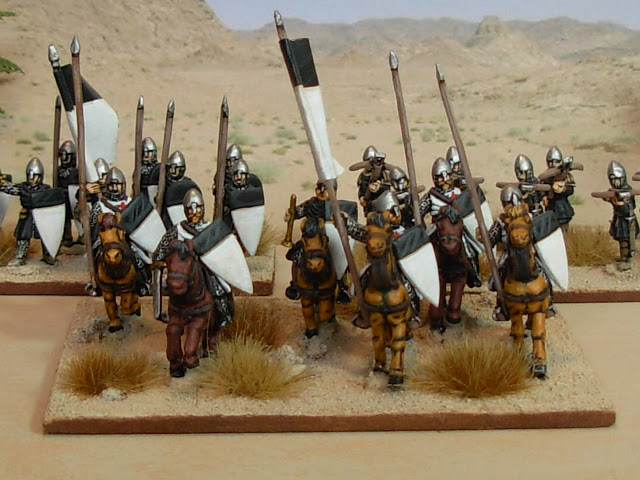 A pic of some of my Crusaders are on page 37. Im very chuffed.

The American Civil War in 10mm

After much discussion, and in true democratic fashion, taking it to the vote, our small group has decided the group project for 2017. It is to be the ACW in 10mm. No Particular battle has been decided on yet so everything will be generic initially.

The Plan is to put on a club demonstration game at the Battleground show in Stockton next year. The thorny subject of basing has seen lots of discussion, and we have (sort of)..almost agreed on 25mm x 20mm for the Infantry, so as close as possible to the Fire and Fury basing system as possible.

I have painted up my first 2 Regiments of Union troops, a little early I know, but there is nothing wrong with stealing a march on the Rebs! 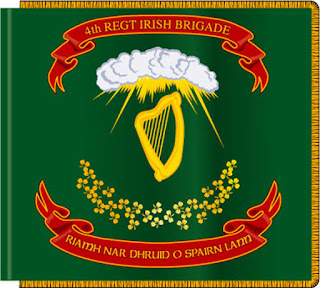 My part in this grand plan is to collect a few brigades worth of troops for each side, so in addition to the more generic looking troops seen above, I plan on painting up some troops to represent the Irish brigade. Interesting because of their distinctive flag.

Im looking forward to really getting into the period in the new year, and am currently reading as much as I can, and watching plenty of documentary's as well.

Cheers for looking,
Steve
Posted by Stig of the Dump at 17:58 9 comments:

I have just met up with mate Al, who kindly put on a game of Poor Bloody Infantry in his cool gaming shed. I have never played PBI before, so wasnt sure what to expect, I was pleasantly surprised.

The game plays really smoothly,(although we missed a few bits out by mistake). For those who havent a clue what im on about, PBI is a ww2 game from Peter Pig, LINK it uses a grid system, so there is no measuring, its pretty simple (a good thing) and plays really well. There is an interesting pre game system, but we didnt go into that part too much, as we just wanted to crack on with the game.

Anyway, I was the 8th army, and Al took control of the Afrika Korps. 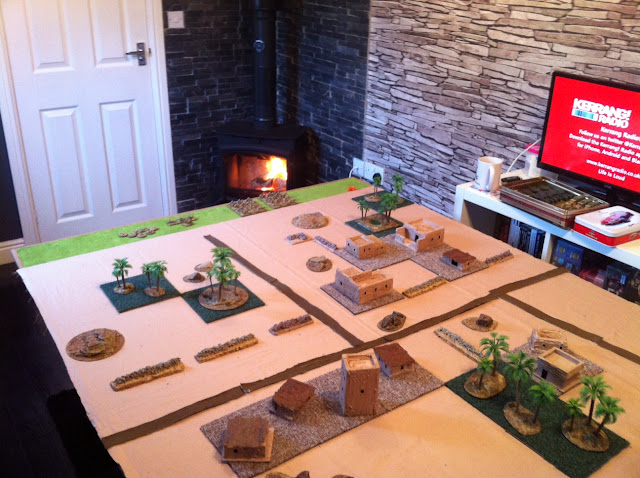 Terrain set up, notice the dots for the grid, areas where there are squares of carpet tile are "closed" terrain, other areas are "open" terrain, but some have partial cover, ie the ones with walls etc in them. 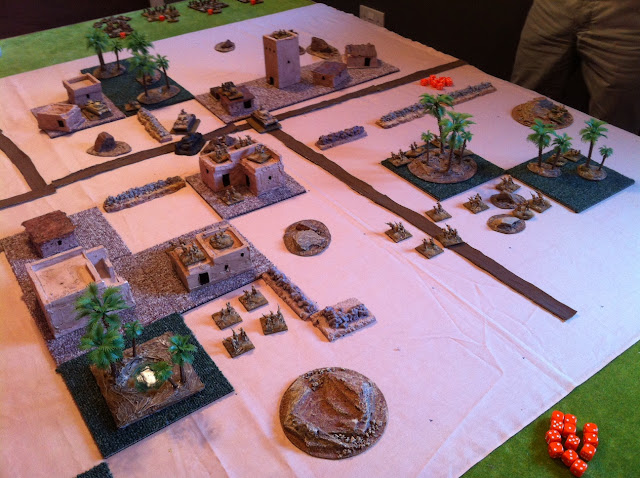 The Brits set up, 2 rifle platoons, and an HMG platoon on the right. 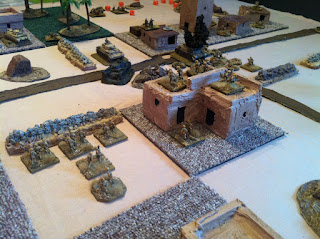 The Brits have an early success, detroying a Pz IV with sticky bombs! 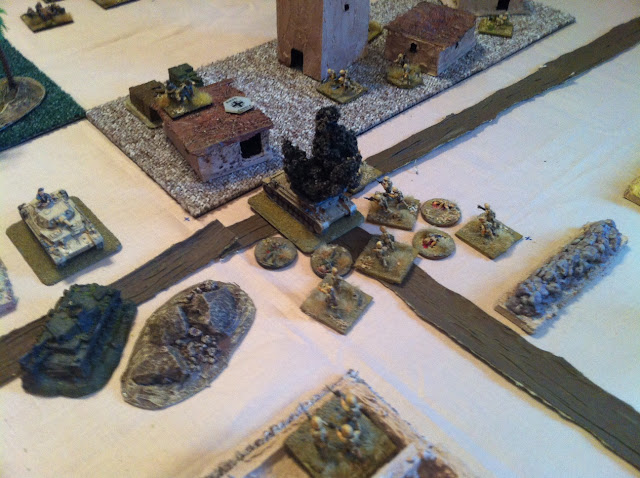 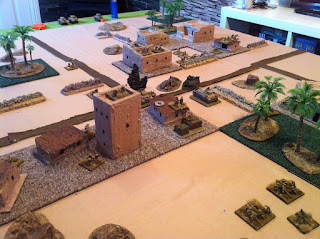 The outskirts of the small town are captured, but the DAK forces are bringing up some much needed reinforcements for a counter attack. 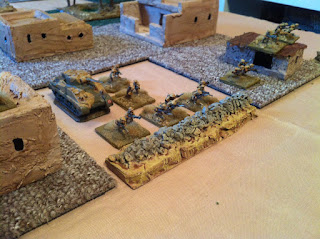 The Brits meanwhile manage to get 2 of their Shermans into the fight. The remaining PzIV was to end up in flames shortly after! 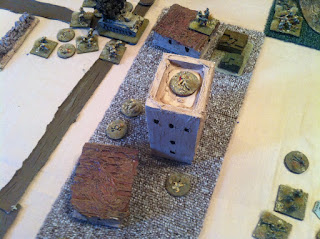 Results of the DAK counter attack on the buildings, lots of British casualties...

The game ended with the British forces in possession of 2 of the 3 objectives, so it was a win for me! A fun game, made better by the grid, no measuring and messing about, the terrain rules are so much easier to remember.

Thanks for the game Al. 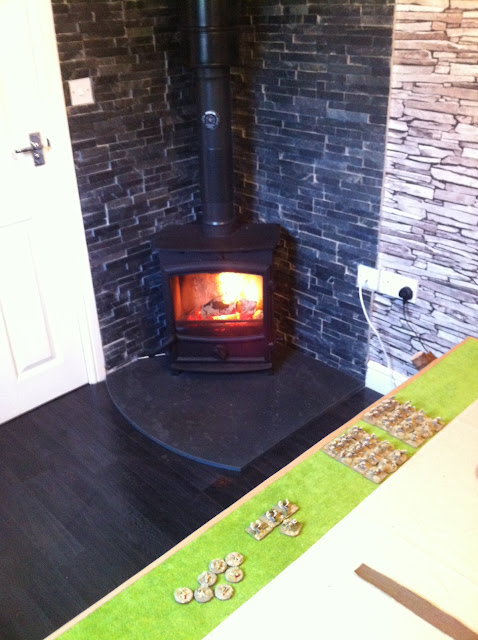 I want a wood burner in my gaming shed!