I have been playing wargames for many years, and like many my first introduction to the hobby was via games Workshop. However, I first started seriously collecting and painting with the original Space Marine game way back in 1989. I'm not quite sure why but i still love the Epic game, and I spend a ridiculous amount of time trawling ebay for the older figures.

In 2004 I started to collect some new armies for the latest version of the game, Epic Armageddon. This version is arguably the best version yet, although it has been "dropped" by the powers that be at GW HQ. There are however rumours that they plan to bring it back in some form next year....

So here are a few archive pictures of my epic forces, all of which are in storage so i can't get at them to take better pictures. 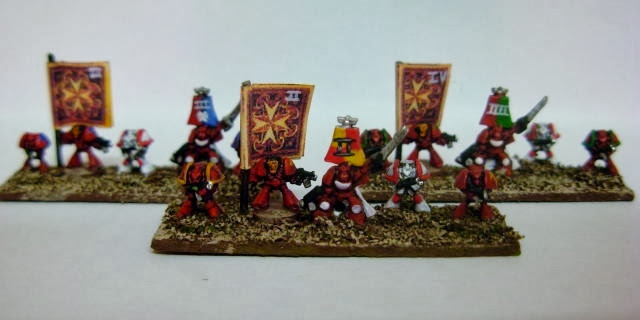 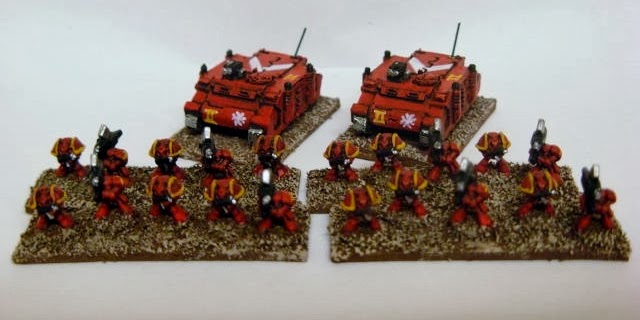 The Crimson Templars are a chapter of my own devising, basically I wanted some red marines, but not blood angels, cos they are silly.. Ok they are all silly, but blood angels are ...er...sillier...

The image to the left is one I found on the internet, resized it serves as my chapter banner. 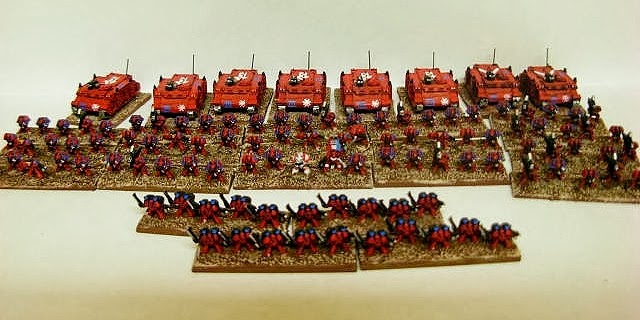 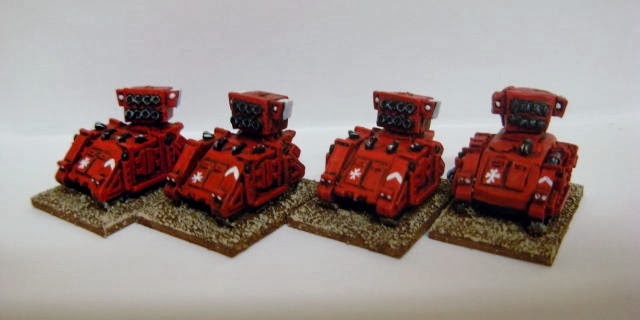 These old whirlwind tanks are a personal favorite, the one on the right is entirely scratch built out of milliput! 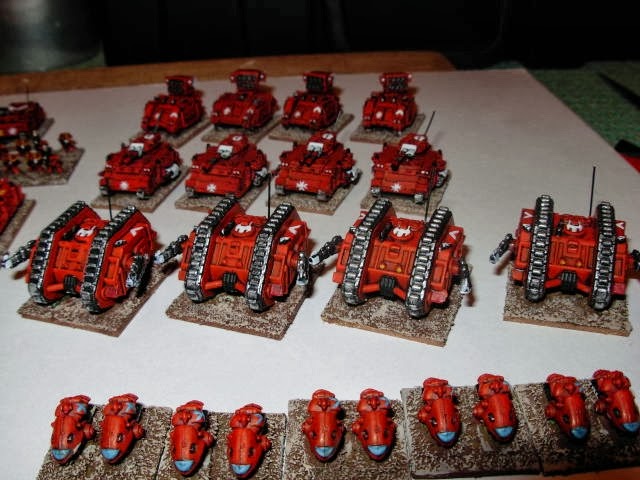 Mix of old and new vehicles 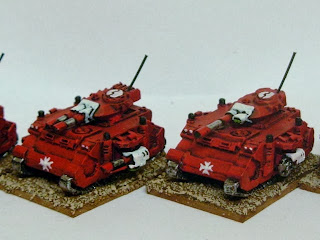 The newer vehicles, while the designs are ok, aren't as good as the older versions, very badly cast too. It took a lot of effort to remove all the mould lines etc of these buggers. 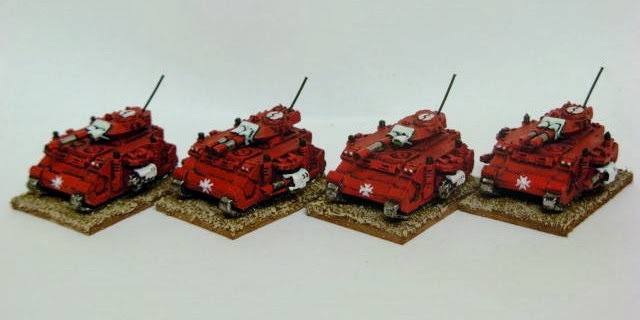 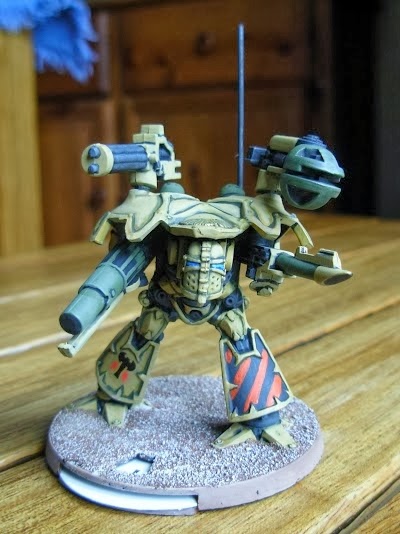 An Old School Warlord Titan. I tried to paint it in a more "realistic" colour scheme, and think it came out ok, for a nearly 25 year old second hand ebay win!

I also have an Eldar army, which ill post up pictures of next. I have started collecting the stuff again, and have a sizable Novamarine force and the start of a Mantis Warrior army to oppose them in the Badab war ! Of course, pictures to follow.