I have rebased alot of stuff recently. I thought id best get some of it photographed and get the blog updated, as ive been neglecting it of late.

So a few months ago now I rebased my 10mm ancient collection off the old 40mm x 20mm warmaster bases to new big bases for To the Strongest, or Impetus.

So, without further ado, here they are: 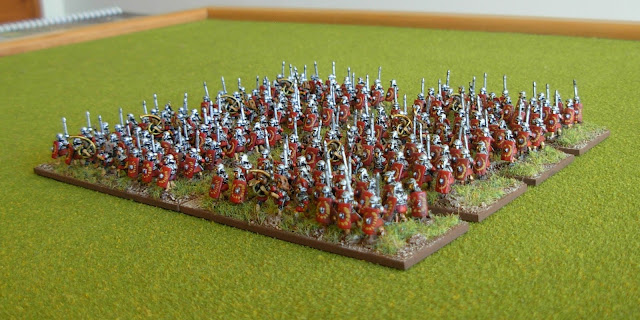 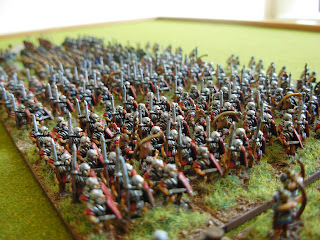 Each Legionary cohort has 24 models, in 3 ranks.

To the right you can see the mass effect that can be achieved with 10mm! 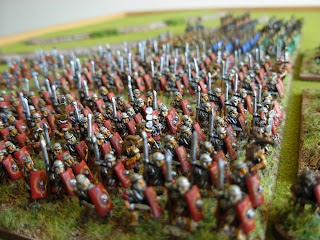 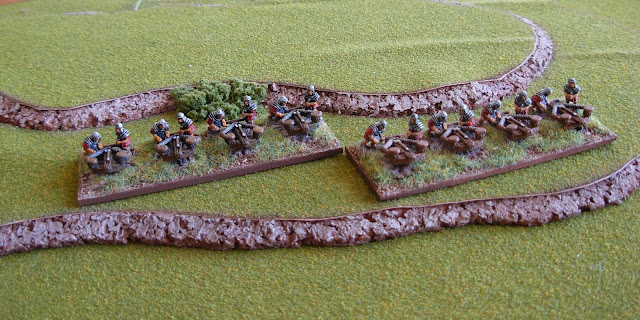 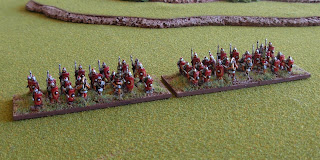 Veteran Cohorts,  these could be the 1st Cohort, or Pratorian guard units.

Slightly different figures, and ive painted them with white tunics to make them stand out a bit. 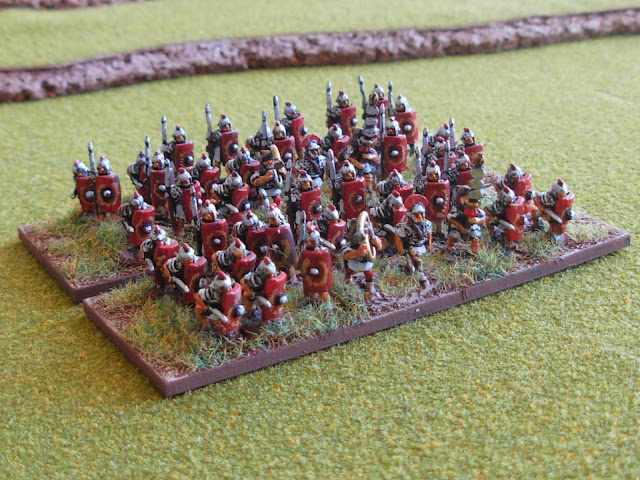 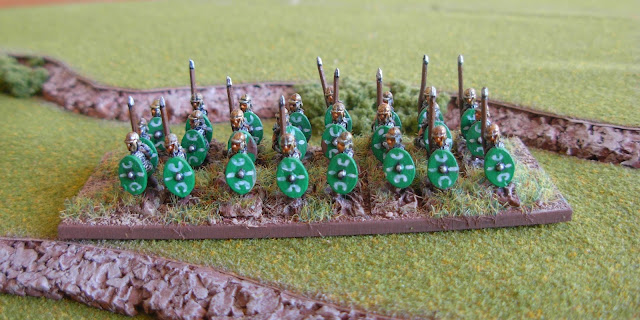 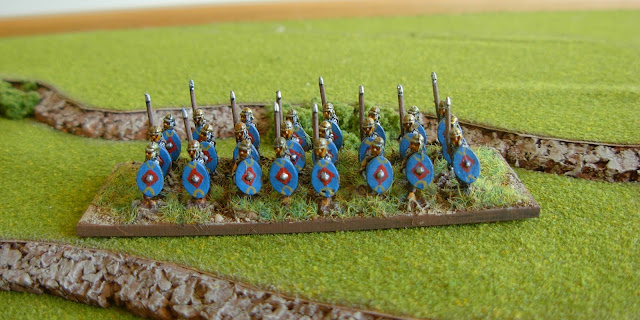 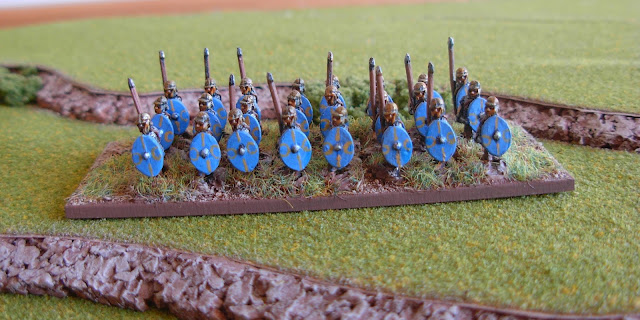 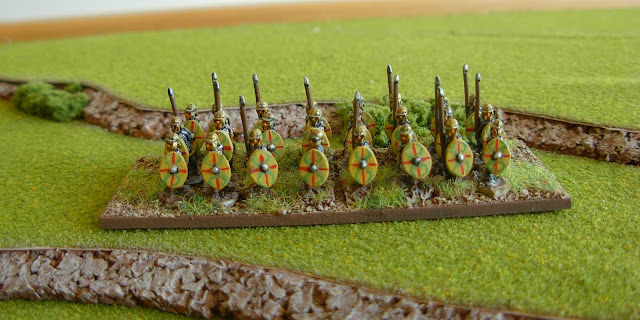 4 units of Auxiliary spearmen, pretty much the same as the Legionaries. 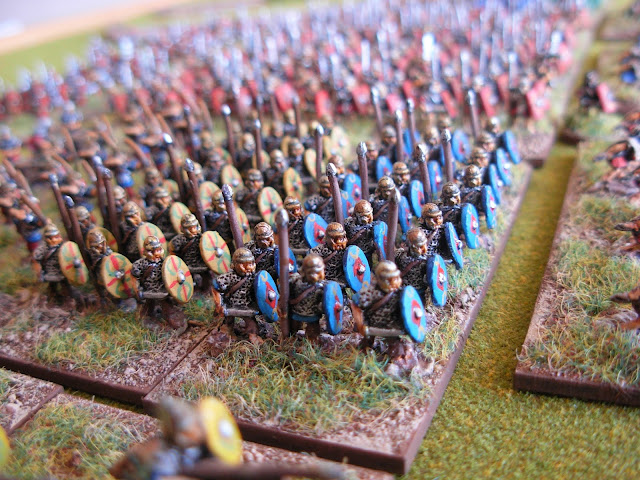 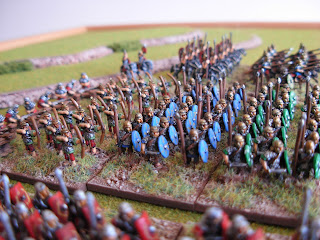 I could use the Auxilley units as spearmen, or light infantry, depending on the battle being fought. 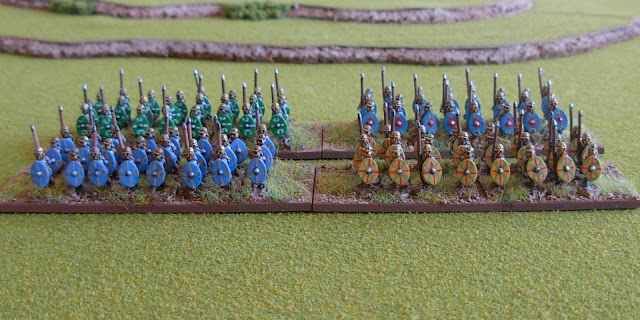 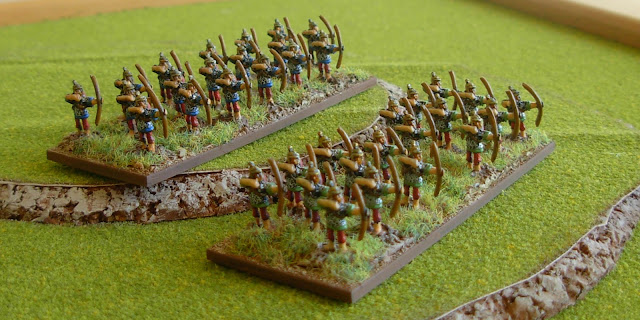 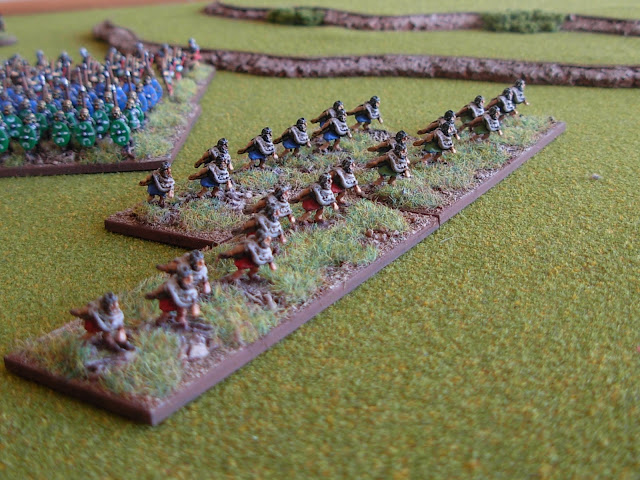 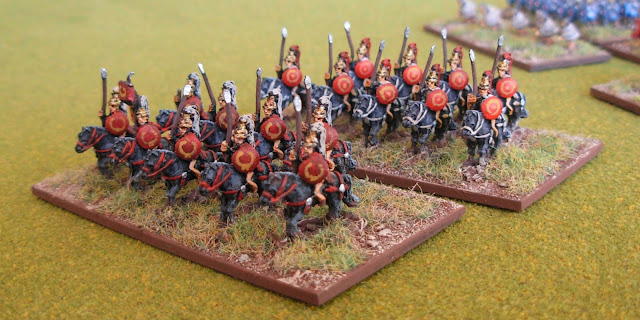 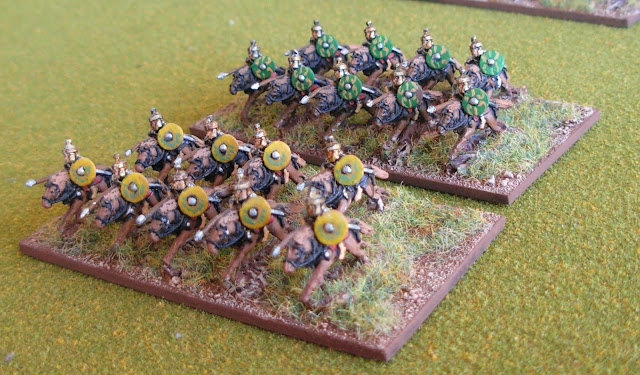 The full army, including the commanders and heros etc, which are individually based.

Cheers for looking,
Steve
Posted by Stig of the Dump at 16:25