Dont worry, it's only a killteam!


So last year I got the new killteam set, a great oppertunity to scratch the scifi/40k itch i have.  I thought (naively) I'd just get a space marine squad, mix in a few bits and Bob's and have a few options during killteam campaigns. 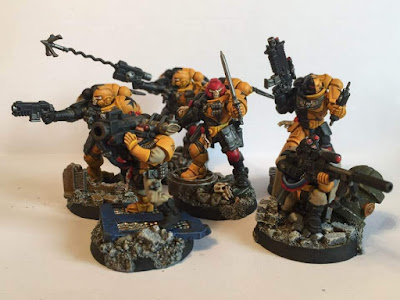 Heres the original killteam. I suppose what happened next was inevitable #onlyakillteam is a thing. 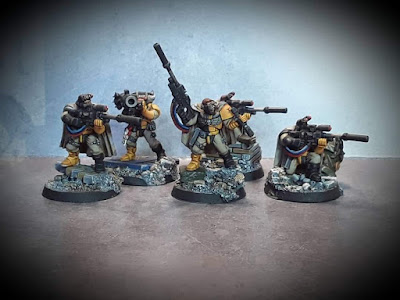 In the killteam I had a couple of scouts, 1 with a sniper rifle, the other with a missile launcher, I thought I might as well paint up the whole squad.

These are fairly old miniatures now but I actually still like them. 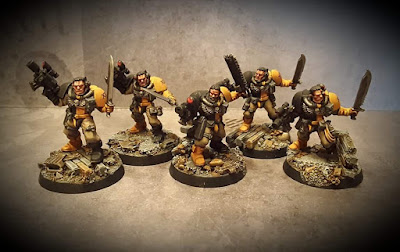 Next up were some standard scouts, with bolt pistols and combat blades, again old miniatures but still pretty good I think. 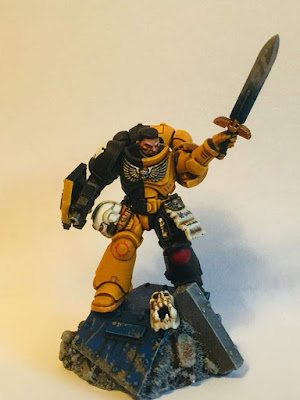 I had a spare push fit intercessor sergeant, so decided to convert him into a Company Champion, a simple arm swap and the addition of a combat shield with a suitably epic pose and fancy ish base later and here he is. 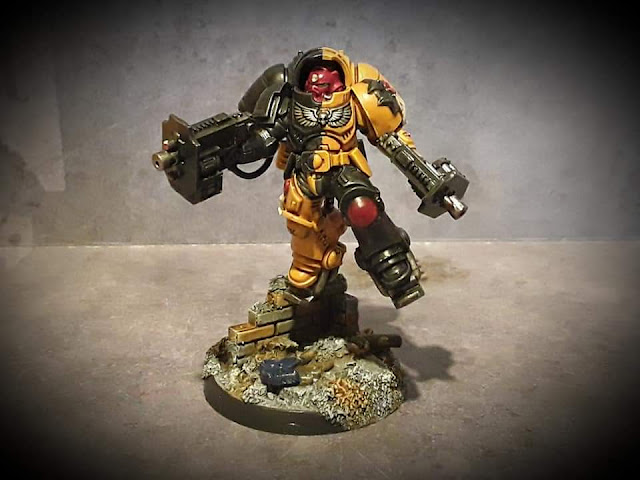 Over the next few months the army continued to grow, probably 90% of the models came second hand from Ebay, so the costs were kept to a minimum. 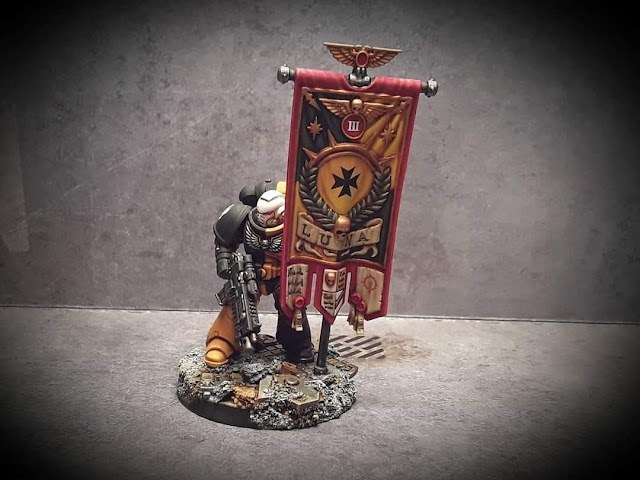 The Company Ancient, carrying the standard of the III crusade group. 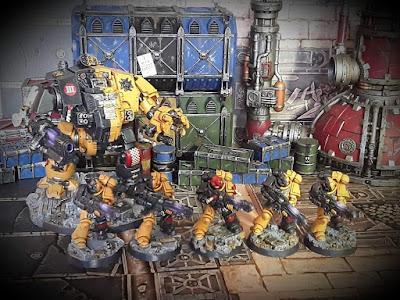 I have really enjoyed collecting this army so far, and will be continuing with it as I'd like a full battle company of 100 marines.

But for now I'm sitting at 1750 points, enough for a decent game, but with few options to change things up. 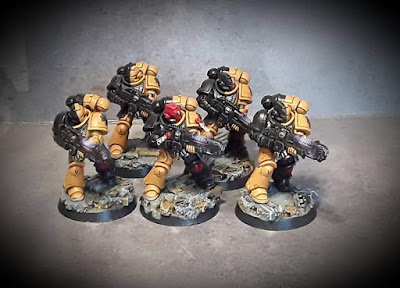 Hellblasters. Plasma armed support troops, who kind of replace devastates in a primaris marine force, I've ordered a second squad of these as they can be deadly. 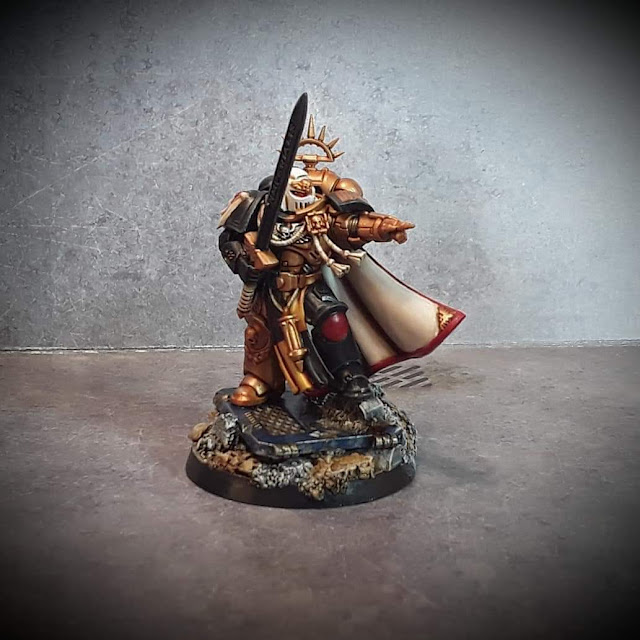 As my Primaris chapter is based on the Black Templars,  I have kitbashed an Emperors Champion out of a Primaris Captain. Lethal against enemy characters and a complete hero.

A progress picture from earlier this year, aggressors with flamestorm gauntlets at the front there,  backed up by most of my troops, intercessor squads and the rievers. 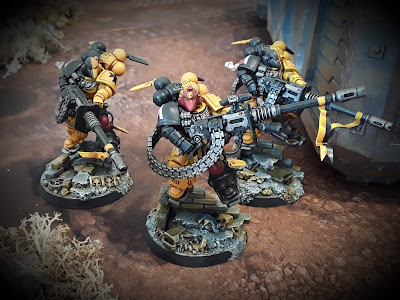 The suppressors are my latest addition to the crusade, I replaced the heads with the old mk6 beaky helmets, and added pennants to their accelerator autocannon, thinking to make them look like knights with Lance's. 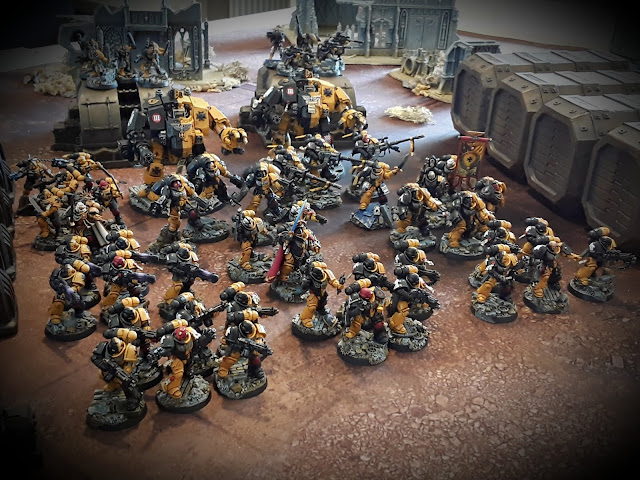 Heres my full crusade force so far. As you can see in the background I've spent alot of hobby time making scenery too.

I've made a series of videos over on YouTube recording my progress.

I recently had a great game using the Luna Crusaders for the first time against some foul Tyranids!
Click the link below to Dan (AKA Redtoofs) blog.
Battle Report