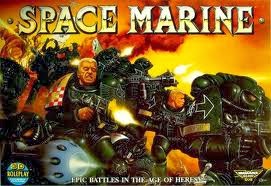 I thought I'd share my thoughts on the Games Workshop game "EPIC".  Im no fan of GW, but in the past I was. I really started gaming around 1989 - 90 when still at boarding school in Somerset. The first game I collected a playable, painted force for was Space Marine (epic). So when still at school, instead of doing homework, I painted 6mm Blood Angels, and my older Brother collected Orks.

Many battles were fought on the dining room table, or the living room floor, when my parents were out, as my dad was in the army, we had loads of green army towels, which when placed together, with socks etc underneath served as our battlefield, complete with hills!  Im still not sure if we actually played the game properly, but we had fun non the less. 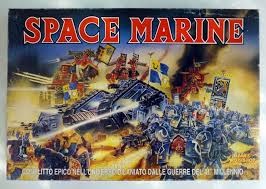 A few years later, Space marine II (EPIC) was released. I obviously bought the game immediately. It was great, much less fiddly and complicated than the first edition. Many more games were played, and by this time id moved out and got my first flat, so a proper gaming table was the order of the day. Not long after supplements started to appear, then Titan Legions, which ill be honest, i didn't like, as the  big Imperator Titan and the Mega Gargant just looked...well... crap... 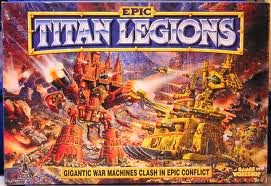 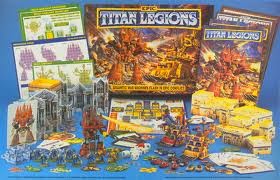 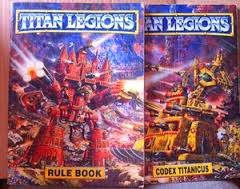 Years passed. I joined the Army in 1996. Unknown to me, as I was far too busy with my first tour of N Ireland and a new wife, a new edition of Epic was released. I had sort of lost touch with the hobby, and completely missed the 3rd edition.  The 3rd edition (Epic 40,000) was heavily criticized by the GW fans for being too simple, unrealistic and bland. 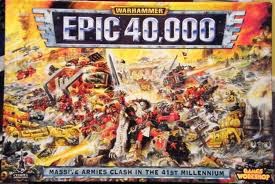 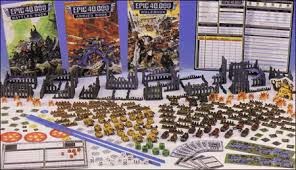 The Epic 40,000 game was only supported by GW for about 6 months, then it was pretty much dropped. A shame really. 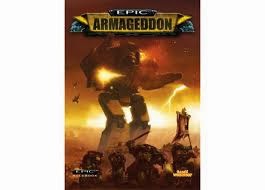 In 2004 ish Epic Armageddon was released. The game shares many of the streamlined mechanics of Epic 40k, but has some of the detail from Spacemarine 2. It is a good game, but not really that successful either, probably because GW decided to change all the models, and make them mail order only and they are obviously so way overpriced that only a few could afford them. Combined with poor marketing and hardly any exposure in white dwarf....

So, even after all these years there is still a large community of epic players, but, as people like different things its very fragmented, and there are fan made rules as well such as netepic, and even netepic Armageddon.  There is also another ruleset being developed called Netepic evolution! Not to mention the rumours of a new game from GW itself.....

So all in all a confusing game to get into, not helped by the fact that none of the games are currently supported by GW. My plan is to playtest netepic, Epic Armageddon and epic 40000. Having read all 3 rulesets, I actually like Epic 40000 the most, because of its simplicity and the way that armies are put together.

So, plenty of epic-ness on the blog in the future, but fear not the historical stuff hasnt been forgotten, my bolt action Germans are nearly finished as well as the 15mm Persian army. I also have grand plans for my 6mm WOTR armies and of course the 6mm Napoleonics.