Last night i finished off the first few units of my newly re-based Persian army. These all started life as a DBA Persian army, and a Kappadokian army has been added to bolster their numbers.

Here's a look at the original Persian army, all based up for DBA 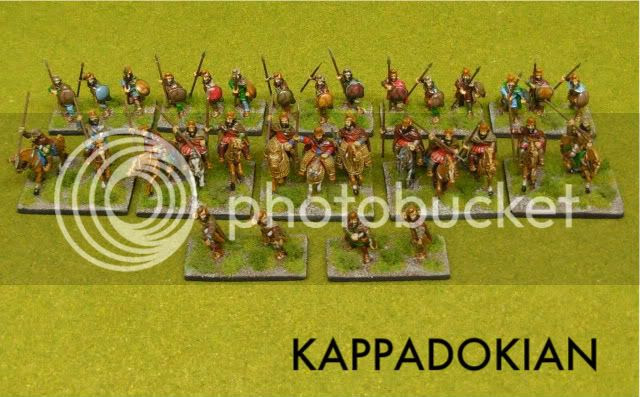 A look at the Kappadokian army, again for DBA.

So the plan is to re-base all these figures for use in a Later Achaemenid Persian army for Impetus.  With obviously minimal new purchases!  Although i will need quite a few new cavalry.

So without further ado.... 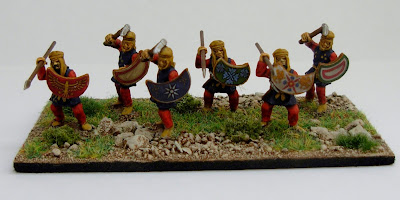 First of all I have done 2 units of Takabara. Javelin armed light infantry, very similar to Greek Peltasts.  In the Xyston DBA army box, you only get 12 of these figures, so instead of the usual 8 figures per FL unit, i've gone for 6.  I still think it looks OK. 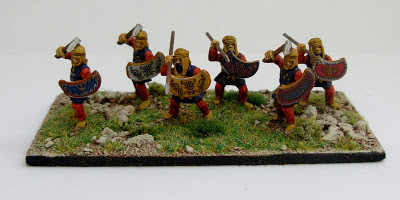 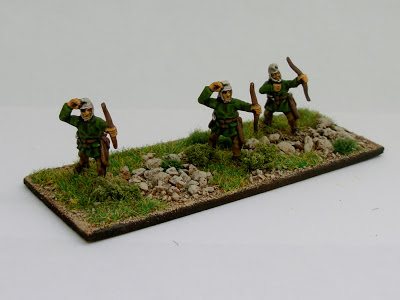 Bow armed skirmishers, only 3 models, again I'm using what was in the Xyston army box set. 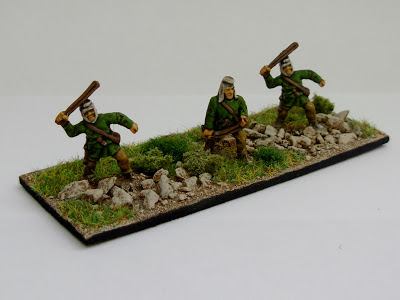 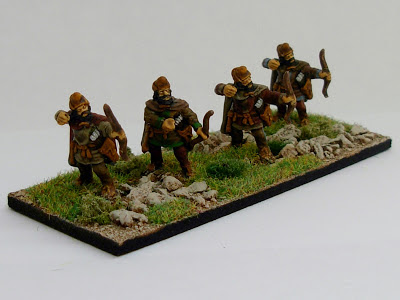 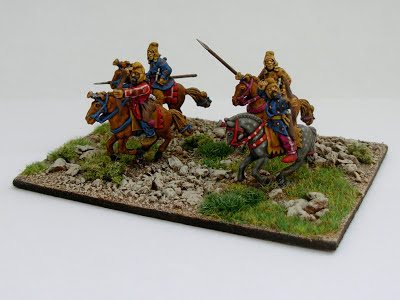 The first of the Kappadokians, Bow armed skirmishers, which I will use as standard Persian archers.

Bactrian light cavalry.  A bow armed light cavalry unit, should be great for zipping about and generally being a nuisance to the slower moving Greek forces.

Although I don't like painting horses much, I put a bit more effort than normal into these, and I think they turned out OK.

The Guard infantry.  These is my favourite unit so far, led by a general, they will hopefully keep the infantry troops in line! 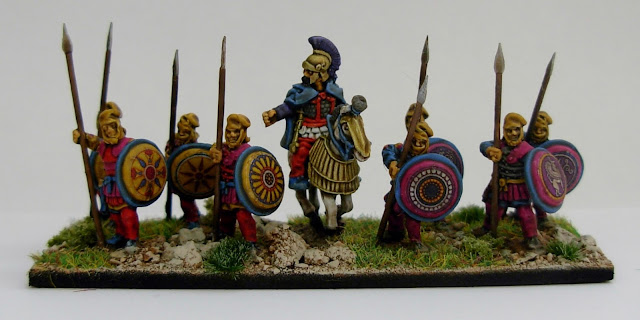 I painted them as two separate units for DBA, so I when it came to re-basing them i've tried to show possibly different units of the guard , being urged forward by their General. 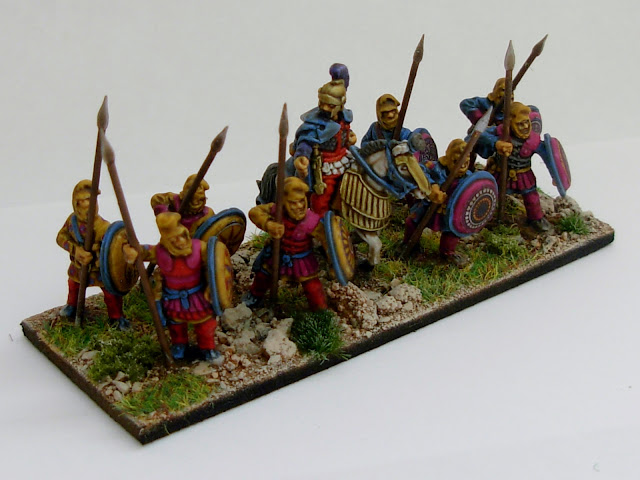 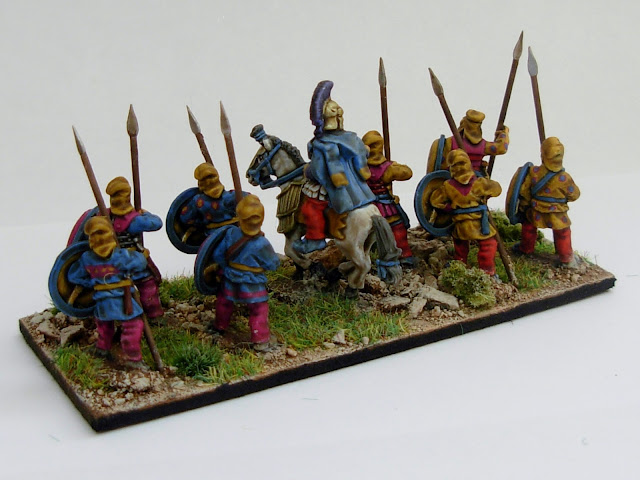 I'm not sure about the uniforms they are wearing, i sort of based them on pictures from the Osprey books, and other images i've seen about the web.

That's all for now, next time I will have the rest of the infantry, and I will endeavour to get some more cavalry finished off.

link to the full army - LINK