I've finished off the bases on my latest troops for the Persian army.  Kappadokians mostly, but the Egyptian spearmen are also making an appearance.  I've got a few more units to base up then ill be doing quite a bit of painting to get this army finished.  Mostly cavalry as you might expect from a Persian army.... 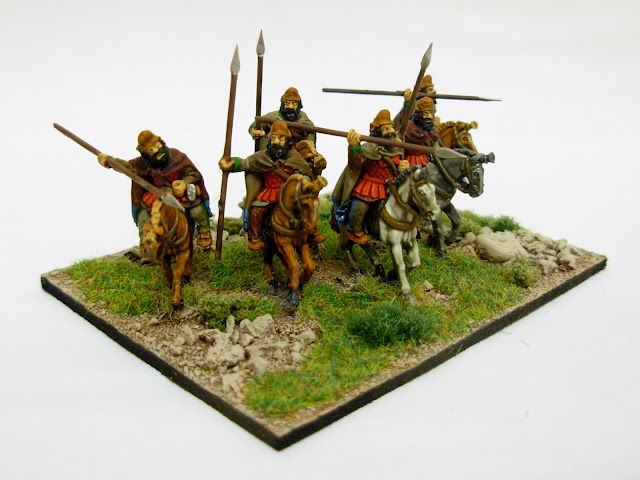 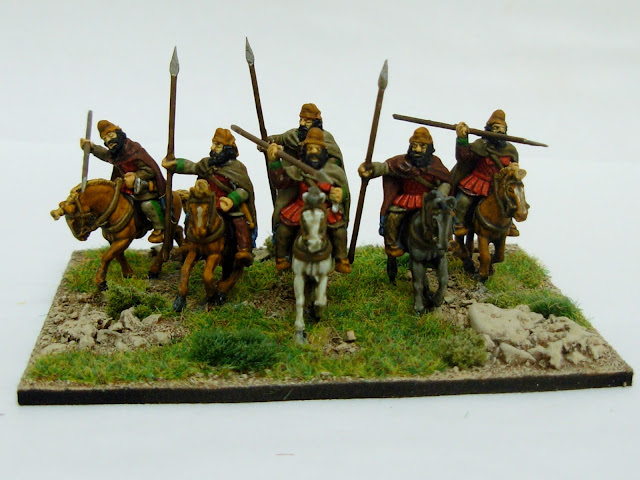 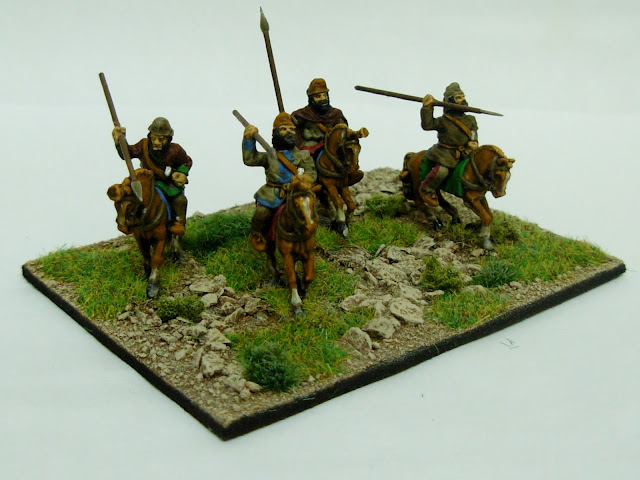 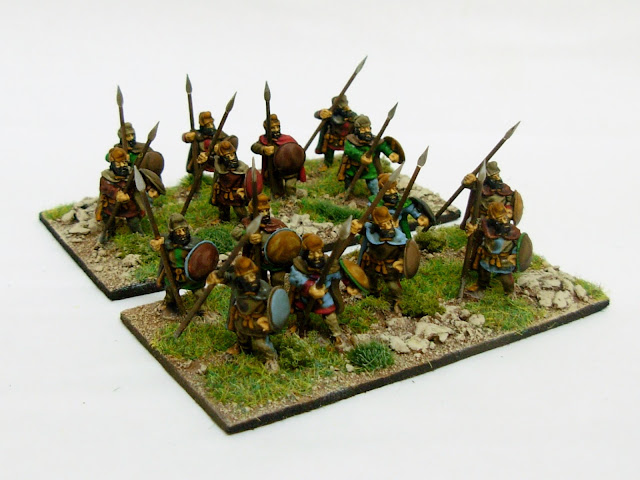 Kappadokian Mountain tribesmen. I decided to base them up as light infantry, instead of skirmishers, and will just use them as either Peltasts, or Takabara. 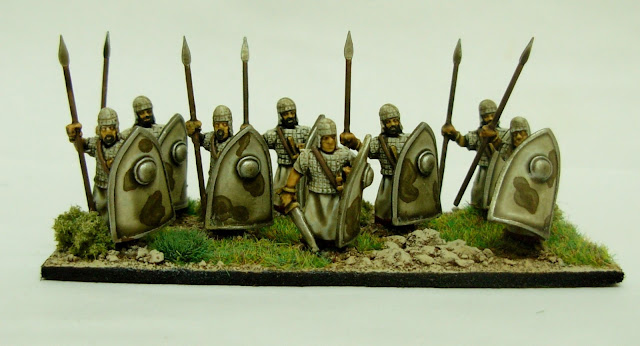 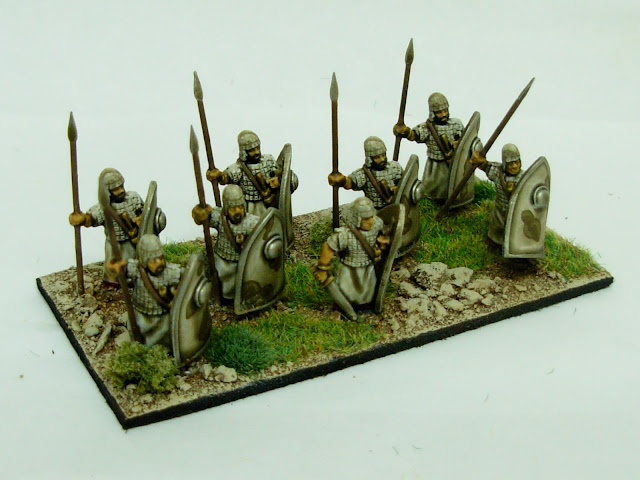 Egyptian spearmen.  Light infantry, but armed with long thrusting spears, pretty good for operating on the flanks, and stopping cavalry in their tracks I think.

That pretty much concludes the infantry part of the army for now, although i have loads more archers to paint, and I'm thinking of getting some Kardakes (The Kardakes were the Persian answer to the Greek Hoplites  although no where near as good) spearmen too.

link to the full army - LINK

That's it for now, thanks for looking,
Steve.