A part of the deal to get my son to give me a game of Basic Impetus was that i had a game of 40K with him.  Only fair i suppose, so heres a few pics of the game, and a chance to show some of James's figures.

I've no idea what the points might be, as we don't have the codex's. Literally a few months after i bought all this stuff for James, the new rules came out... So i dont know whats what... We just kind of made it up as we went...:) 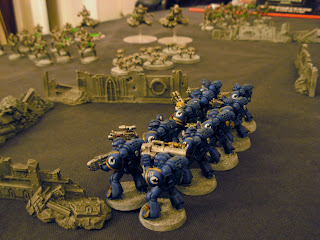 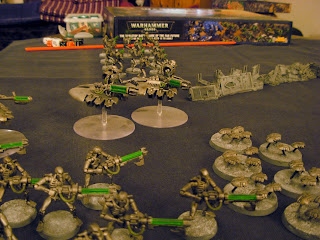 Destroyers moving up to support their robotic friends... 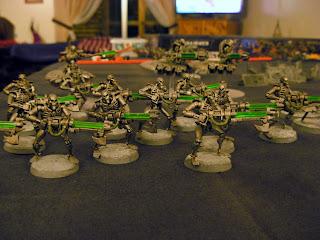 Necrons about to run into a hail of fire from all manner of weaponry... 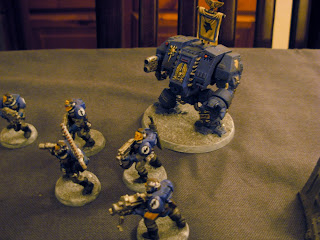 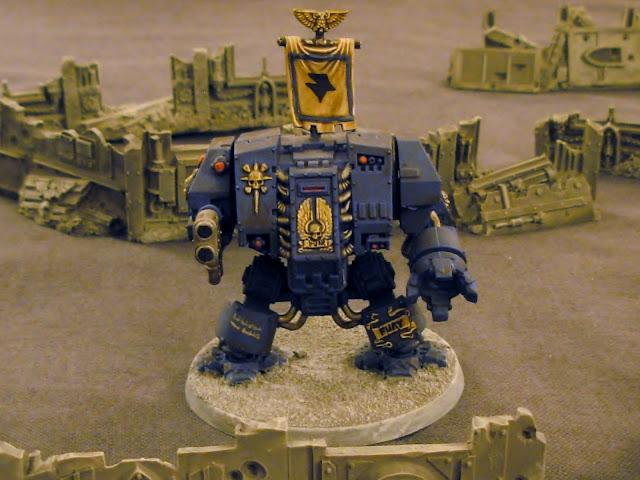 The star of the show, the dreadnought. I think James has done a great job on this, all i did was apply the dip and paint on the name "FURY". Great work for an 11 year old,

Anyway, the marines, commanded by james won in the end although it was a total bloodbath, i think we ended up with about 5 models left each, when he killed the Necron Lord and ended the game.

Not really my cup of tea, but my game next...Basic Impetus Crusades I think!

Cheers for reading.
Steve
Posted by Stig of the Dump at 22:51